Posted on September 10, 2017 by newforestcommoner 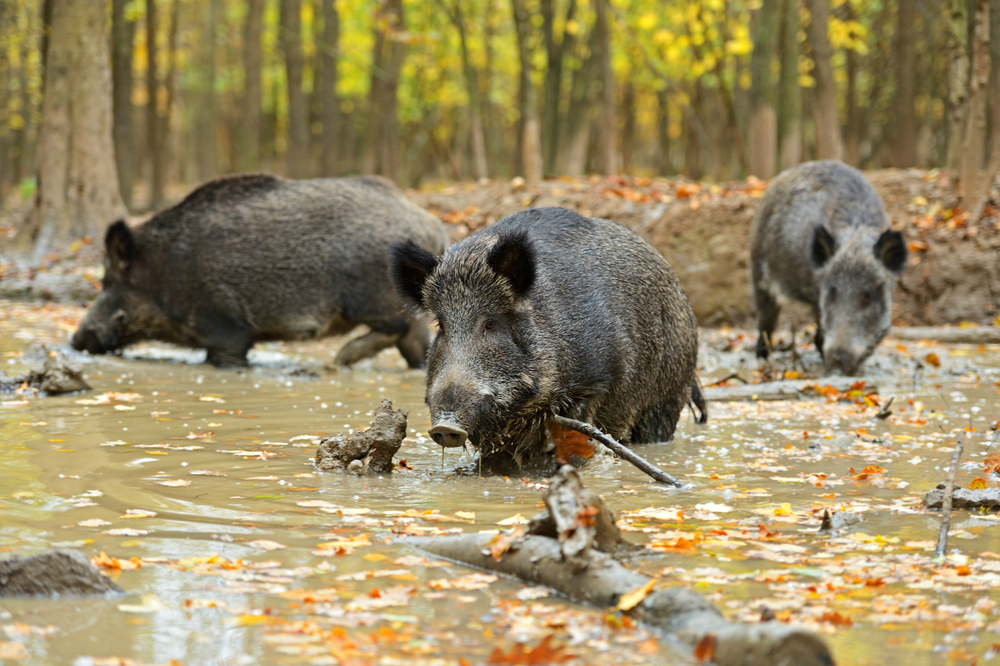 Wild boar once roamed freely in the New Forest but by the C17th were extinct.

One of the most significant periods in the New Forest calendar starts in mid-to-late September, when the trees begin to cast their fruit, in the form of acorns, beech-mast and chestnuts. Known as ‘pannage’ it is a time when pigs are turned out to roam freely and forage on the forest floor, to gorge themselves on the autumnal bonanza. Previously the dates for pannage were fixed to occur at the same time each year, but now they are decided by the Verderers of the New Forest and the Forestry Commission and, under certain conditions, can be extended past the usual 60-day period. (This year pannage starts on 11th September and ends on 12th November, inclusive.) Pannage is a custom that was established in the mists of time when forests were places that gave priority to animals, rather than trees. Indeed, Anglo-Saxon law decreed that:

Even after the New Forest was created in 1079, by William the Conqueror, the economic and political importance of pigs dominated. In the Domesday Book, for example, which was presented to William I at Old Sarum (Salisbury) in 1086, forests were measured by the number of pigs they could support rather than counted by the acreage of trees. Under Norman forest law the owners of swine paid pannage dues for ‘agisting’ or pasturing their pigs in the forests, while herbage dues covered the pasturing of horses and cattle, a practice that still continues on today’s New Forest.[2] Pigs were the main kind of domestic stock in the Forest and the autumn, in particular, provided an opportunity to fatten them up on fallen acorns and beech-mast, finishing them off before they were slaughtered for the winter. Incidentally, the wild boar, which were hunted to extinction in the seventeenth century, were said to have mated with domestic New Forest sows, giving the off-spring a distinguished, boar-like appearance.

Training pigs
Domestic pig-keeping was an integral part of the homestead, and properties adjacent to the Forest relied on the benefits derived from the pannage season. An account, from 1838, describes how pigs were trained to the sound of a horn during feeding times, so that they would associate the sound with pleasant associations. When the swineherd blew on his horn the pigs would assemble, making them easier to manage on the Open Forest. It was remarked that, ‘If the swineherd is a man of talent in his way, the hogs are turned out in excellent condition, and very little more expense fits them for the market’.[3] Pigs were an important part of the rural economy and, according to a nineteenth century travel writer, Hampshire was a county renown for three things – bacon, the New Forest pony, and honey.[4] Pannage bacon remains very popular and because it is a seasonal delicacy renown for its rich, concentrated flavour, it is much in demand. Local butchers are usually the best source for those wanting to give it a try. The number of pigs running loose around the Forest will, inevitably, increase during pannage season. This means that people using the New Forest roads need to take extra care to avoid the piggy pedestrians – particularly now, as the nights are drawing in. Visitors to the Forest, also, should be aware of the increased presence of pigs and that no matter how appealing they look, under no circumstances should they be petted, fed by hand, or given food – even as a treat.

Domestic pig-keeping was an integral part of the homestead, and pannage season remains a significant period in the New Forest calendar.