New Forest: “I thought it would be bigger!”

Posted on May 7, 2017 by newforestcommoner 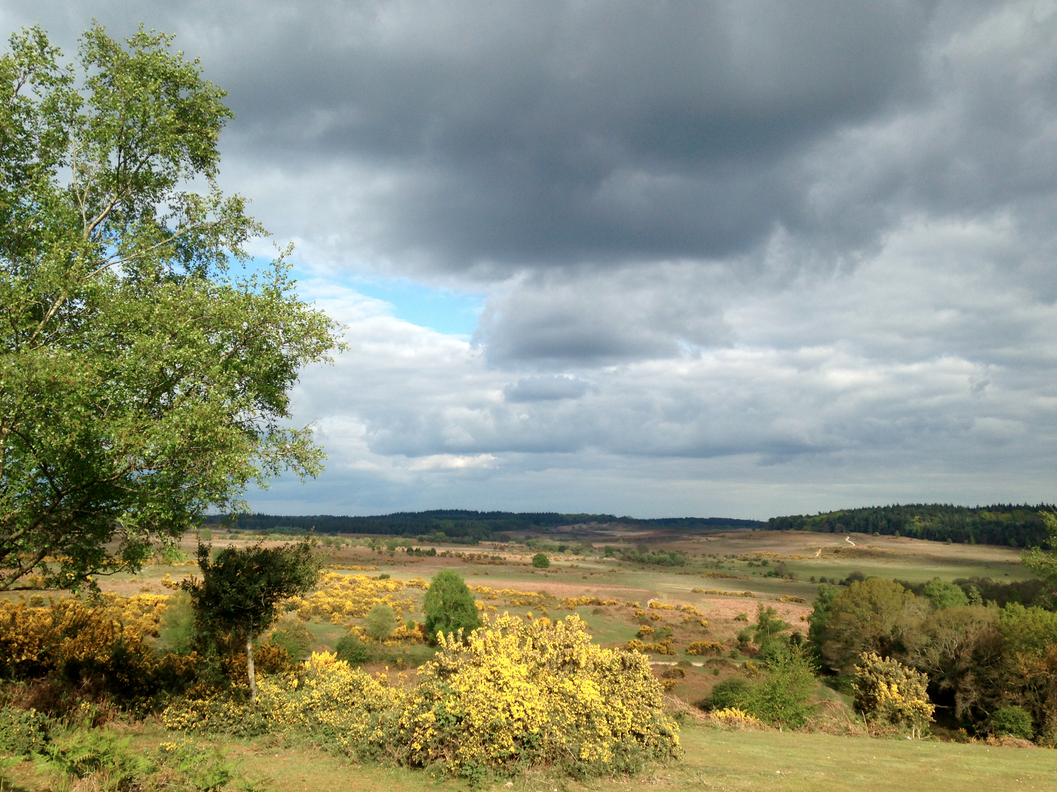 The New Forest is a landscape without equal.

Living in or around the New Forest is a pleasure and a privilege that many of us sometimes take for granted, as a friend of mine discovered recently. She had travelled from London to the New Forest bringing with her a young relative who had never visit the area before. They reached the junction at Cadnam and turned off the M27 to travel north on the B3079. It was a beautiful day by all accounts. The sun was shining gently, and the lush greens of the grasses, hedgerows and unfurling leaves of the trees were contrasted by the bluest of cloudless skies. At the entrance to the B3079 was a speed restriction sign, which clearly displayed the words ‘New Forest 40’. At this point they travelled over the cattle-grid, crossing the metal poles placed across an open pit in the ground, which are laid to prevent the livestock from straying off the Forest. This was something the young relative had never seen before and the sensation of the crossing proved to be quite a talking point. However, when they had travelled as far as Brook, the youngster loudly declared their disappointment. My astonished friend enquired why that could be, and the young relative answered, “Well, I thought the New Forest would have been bigger than that”. It transpired that the young relative, confused by the wording on the village sign, believed that they had already left the New Forest. My friend laughed to think that after extolling the virtues of this wonderful landscape, its flora and fauna, and free-roaming livestock to the young relative, they could only conceive of such a small area.

Cultural and natural asset
Of course, the boundary, or perambulation, of the New Forest has changed over time and was once much bigger than the 150 sq. miles (388 sq. km) it is now. In fact, at one point it is believed that a third of the whole area of England was designated, like the New Forest, as a royal forest. The forests were places where forest law, rather than common law prevailed and, according to a treatise, written in 1598, was a …certain Territory of woody grounds & fruitful pastures, privileged for wild beast and fowls, of Forest, Chase and Warren, to rest and abide in, in the safe protection of the King, for his princely delight and pleasure… Traditional management practices, such as commoning, which were supported by the forest law system, created a rural landscape throughout the country that would have been familiar to everyone. Indeed, once upon a time the city would have been an alien landscape, as the majority of people lived in the country rather than the other way around, as it is today. So, I suppose my friends’ young relative travelling from our nation’s capital can be forgiven for not recognising one of our country’s greatest cultural and natural assets – the New Forest. The story at least has a happy ending. My friend was able to show the young city dweller the delights of the New Forest’s historic landscape, including its free-roaming livestock; and to re-experience, through the eyes of the next generation, the wonder and excitement of such a discovery.

Traditional management practices, particularly commoning, have conserved the ecological diversity of the Forest.