New Forest: the pony, an innkeeper and a judge!

Posted on January 17, 2016 by newforestcommoner 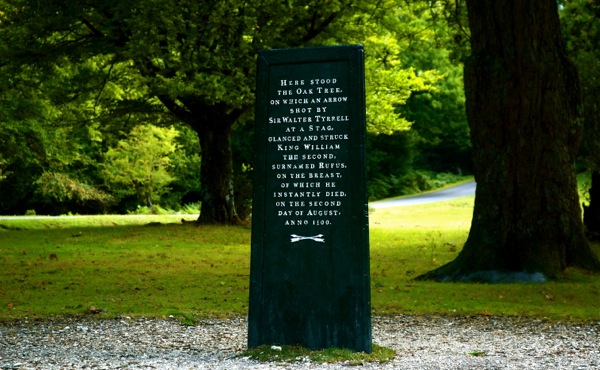 The Rufus Stone is a popular visitor destination on the New Forest.

I recently discovered a rather amusing but true story concerning a New Forest pony, an innkeeper and a County Court judge, which was reported in the Hampshire Advertiser in December 1891. The events of the story began earlier that year, on Friday 14th August, when a Mr Meek decided to take a friend on a visit to the Rufus Stone. He hitched his New Forest pony to a cart and off he and his companion went. They stopped at the Compton Arms, at Stoney Cross, and put the animal in the charge of the ostler (a groom) telling him to take care of it and to give it a feed. Mr Meek watched the ostler settle his pony into a stall before setting off with his friend to look at the monument marking the spot where King William II (otherwise known as Rufus the Red) was slain by an arrow. Shortly after Mr Meek had gone, however, a party arrived in a large charabanc and the ostler decided to give the stall that had Mr Meek’s pony in it to the bigger animal belonging to the new arrivals. However, Mr Meek’s pony was quite comfortable where he was ‘thank you very much’ and didn’t want to leave the stall. So, the ostler decided that force was necessary and proceeded to try and bodily evict the little equine. Well, the pony was having none of this rough treatment and fought back! The result was that the pony escaped and disappeared into the Forest still kicking, having given the ostler sore shins for his trouble. Mr Meek returned a while later from his excursion only to discover his pony had gone and that he was facing a rather long walk home.

Wise judge, good judgement
By the time the case came to Southampton County Court, some months later, Mr Meek was seeking damages of £50 – which included £25 for the pony, £7 7s for the new set of harness that the pony had allegedly been wearing at the time, £6 14s 6d for veterinary attention and other costs, £1 for reward money and £10 for his trouble. However, the hotel owner countered these demands and denied any responsibility whatsoever. Never was there such a pony, he argued. ‘What moral man could do to keep that wild and furious creature within bounds was done and no more could be done.’ He called witnesses to prove that the behaviour of the animal towards the ostler was ‘worse than that of the fiery, untamed steed of  “Mazeppa”*, and excelled in reckless agility the prancings of the bounding buffalo of the plain.’ Apart from anything else fumed the innkeeper he was still owed for the bucket of oats that the ostler had fed to the pony! (According to testimony the results of the magic grain on the pony’s demeanour was stupendous.) Nevertheless the wise judge ruled somewhere in the middle telling Mr Meek that he couldn’t come to court with ridiculous claims for fanciful expenses, and to the innkeeper that couldn’t escape his liability. He ruled £10 in favour of Mr Meek and there was an end to it. So the moral of the story is never feed oats to a New Forest pony or try to manhandle it unless you want trouble! 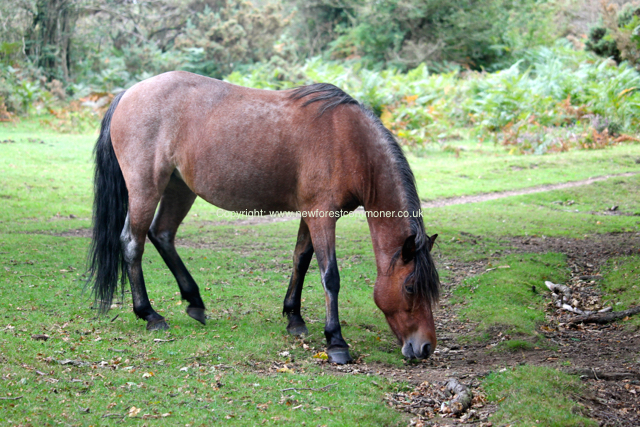 New Forest ponies are used to a meagre ‘natural’ diet, rather than high-protein grain rations.

*Mazeppa was a poem, written by Lord Byron in 1819, in which the young commander of a Cossack unit – Ivan Mazepa – has an affair with a Countess but, upon discovery of the illicit amour, the hero of the tale is tied naked to a wild horse that is then set loose. The poem describes his suffering and trauma whilst on this unfortunate (and uncomfortable) journey.