Posted on March 12, 2014 by newforestcommoner 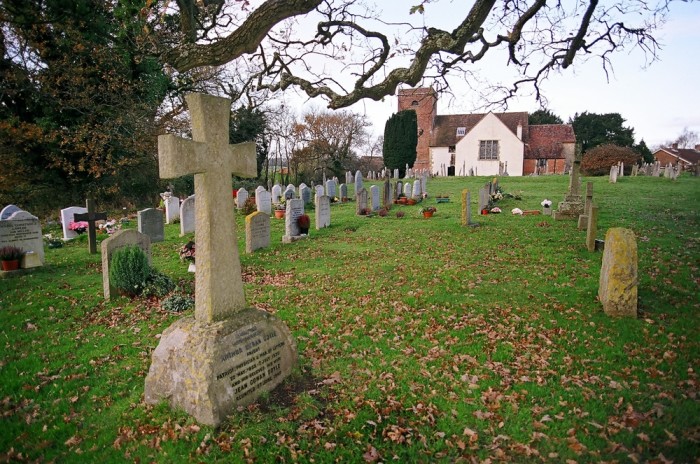 I recently wrote an article about ‘celebrity’ trees on the New Forest and have since received requests for information about other famed inhabitants. An obvious candidate is King William I, otherwise known as William the Conqueror, who established the Nova Foresta in 1079 as a royal hunting ground. Two of his sons, Richard, Duke of Bernay (died abt. 1081), and William II (died 1100), known as Rufus the Red, were both killed in hunting accidents on the New Forest. The Rufus Stone, which marks an approximate location of William II’s demise, is found in Canterton Glen near Minstead. The memorial mentions; ‘King William The Second, surnamed Rufus being slain, as before related, was laid in a cart, belonging to one Purkis, and drawn from hence, to Winchester, and buried in the Cathedral Church of that city.” It was left to a commoner to carry the king’s body to its final resting place because the royal entourage had fled the scene.  History has made Purkis famous. He still has descendants living and working in the Forest nearly a thousand years later.

Famous artists and writers
The New Forest has inspired writers, poets and artists. Sir Arthur Conan Doyle (1869-1930), creator of the crime fiction character Sherlock Holmes, is buried in Minstead churchyard, near Lyndhurst. He bought a house in the village late in his life to where he would escape and unwind. He even set parts of his novel ‘The White Company’ in the New Forest. The inspiration for Lewis Carroll’s ‘Alice in Wonderland’ is generally understood to be one Alice Liddell (1852-1934). She lived at Cuffnells, in Lyndhurst (now demolished) and is buried in Lyndhurst churchyard. Fans of Alice in Wonderland can visit the New Forest Centre, Lyndhurst, which exhibits a mirror from Alice Liddell’s home and see themselves through her ‘looking-glass’.  Hymn-writer Henry Lyte (1793-1847) wrote ‘Praise my soul, the King of Heaven’ and ‘Abide with me’ while he was curate at the Church of St Thomas in Lymington.

War heroes
The New Forest has even seen its fair share of war heroes. Florence Nightingale lived in Embley Park, Wellow, from 1825 until her death in 1910. She helped draw up nursing regulations for the Royal Victoria Military Hospital in Netley, now a country park, and is buried in St Margaret’s churchyard at East Wellow. Resting in one of the windows was a Scutari Cross, made of bullets from the Crimea, and beside it a framed text that was hanging in Florence Nightingale’s bedroom when she died. (The cross was stolen in 1991 and is replaced by a fiberglass replica.) T. E. Lawrence or ‘Lawrence of Arabia’ as he was better known, came to the New Forest to find anonymity as Aircraftsman Shaw and was based at Calshot from 1929 to 1931, where one of the buildings is named after him and bears a small commemorative plaque.

Famous locals
‘Old Tame’, otherwise known as Henry Tame, lived in Bolderwood and was by all accounts a bit of a character. He was as eccentric as he was long-lived! When he reached 100 years old he decided to have some new boots made but complained to the bootmaker that they were not study enough and would not last! He died in 1900 at the age of 103 years old and is buried in the Baptist churchyard, in Lyndhurst. Arguably the most famous inhabitant of the New Forest is Harry ‘Brusher’ Mills (1840-1905). He was a labourer until he reached his 40’s when he began to make his living catching snakes, which he sold to the London Zoo as food for their birds of prey. He is reputed to have caught tens of thousands of grass snakes and adders using either a forked stick or just his bare hands. He is buried in St Nicholas churchyard, Brockenhurst. The Railway Inn, where Brusher would often be seen enjoying “two or three pennyworths of rum” was renamed The Snakecatcher in his honour.

The real celebrities of the New Forest
The New Forest is a favourite holiday destination for many modern day celebrities and Hollywood A-Listers, and some have even taken up residence in the area. Obviously if you want to know who the real celebrities of the New Forest are you need look no further than the world famous New Forest ponies. Their presence draws thousands of visitors to the area each year. This native, rare breed pony has roamed freely in the area since before the time of the Norman Conquest and has shaped the ecology, history, economy and social fabric of the Forest into modern times.

The New Forest ponies are the real celebrities of the area – their presence draws thousands of visitors to the area each year.