New Forest: haymaking in the sunshine

Posted on July 13, 2018 by newforestcommoner 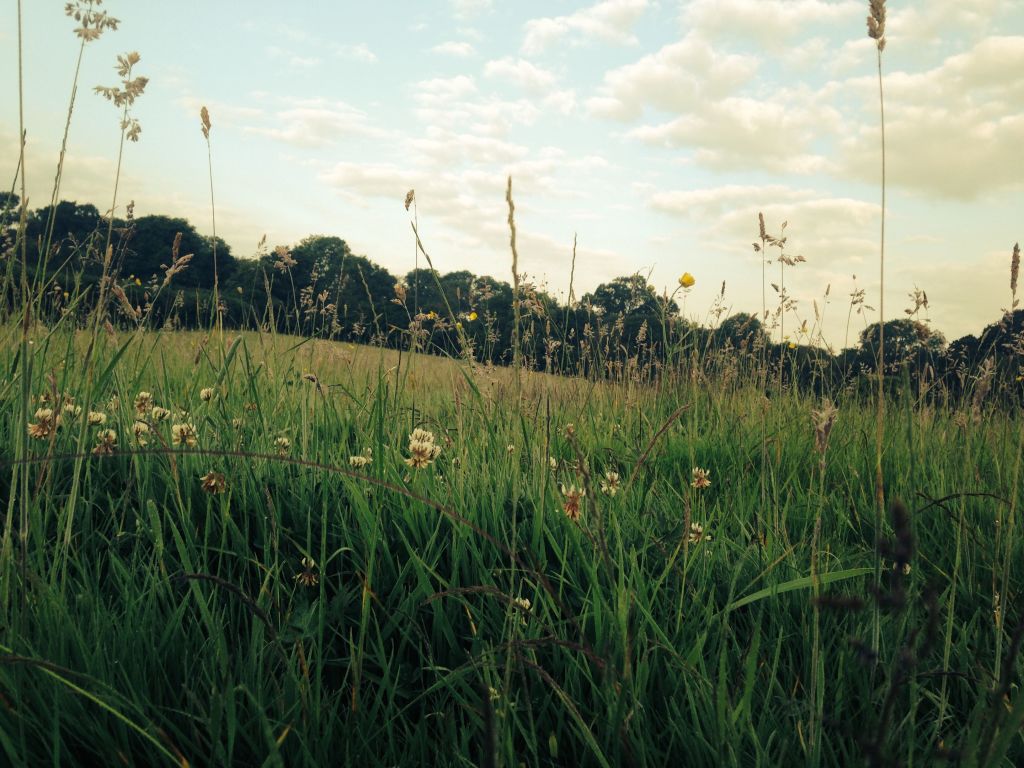 Meadow grass contains essential nutrients that, when dried in hay, will keep the livestock sustained over the winter.

It’s been a busy week this week. I’ve been collecting bales of hay off the fields to be stored and used over the winter for my animals. Haymaking has been part of the farming calendar for over 6,000 years and is the traditional way of feeding ponies and cattle over the winter. For optimum results it is an activity that has to be done in dry, sunny weather, which has not been a problem of late. (Hay that is harvested when damp or wet will soon go mouldy and be unfit for feeding to animals.) Each year from about September to March, as the temperature drops, the grass loses its nutritional value. Therefore, the nourishment stored in the harvested summer hay is a vital component of the ponies’ and cattle’s winter diet.

In times past, when the deer were preserved for hunting, commoners would have to remove their animals from the New Forest during the period known as ‘winter heyning’. This meant that the deer would not have to compete with the commoners’ animals for food over the leaner months when the natural resources of the Forest are much depleted. According to the Orders and Rules of 1537 winter heyning occurred from Michaelmas to Hocktide but from the mid-1700s onwards it was from 22nd November until 4th May each year. Removing their animals from the Forest to their holdings and back-up land meant that the production of hay during the summer was essential for keeping their animals fed. The rules of levancy and couchancy limited the number of animals depastured in the growing season on the Forest to that which the holding could sustain in the winter.

Timing is an important element in haymaking, as the hay meadow needs to be mown just before the grass sets seed when it’s at its most nutritious. Then it will be turned, or ‘tedded’, several times over the course of a few days to bake in the sun. The hay needs to dry evenly but not left until it dries out. Then the hay is ‘rowed up’ and baled. Sounds easy doesn’t it? The hard work comes when you then have to remove the bales from the field because you end up lifting and stacking them multiple times. Once to stack them in the field, again get them on the trailer, and once more to store them in the barn. It’s a grimy, sweaty job, particularly when the weather is as hot as it has been of late. Still, I’m not complaining. I’m just thankful that there is machinery to do most of the hard work nowadays. In the old days haymaking was all done by hand and that would certainly have got me muttering a Saxon oath or two. 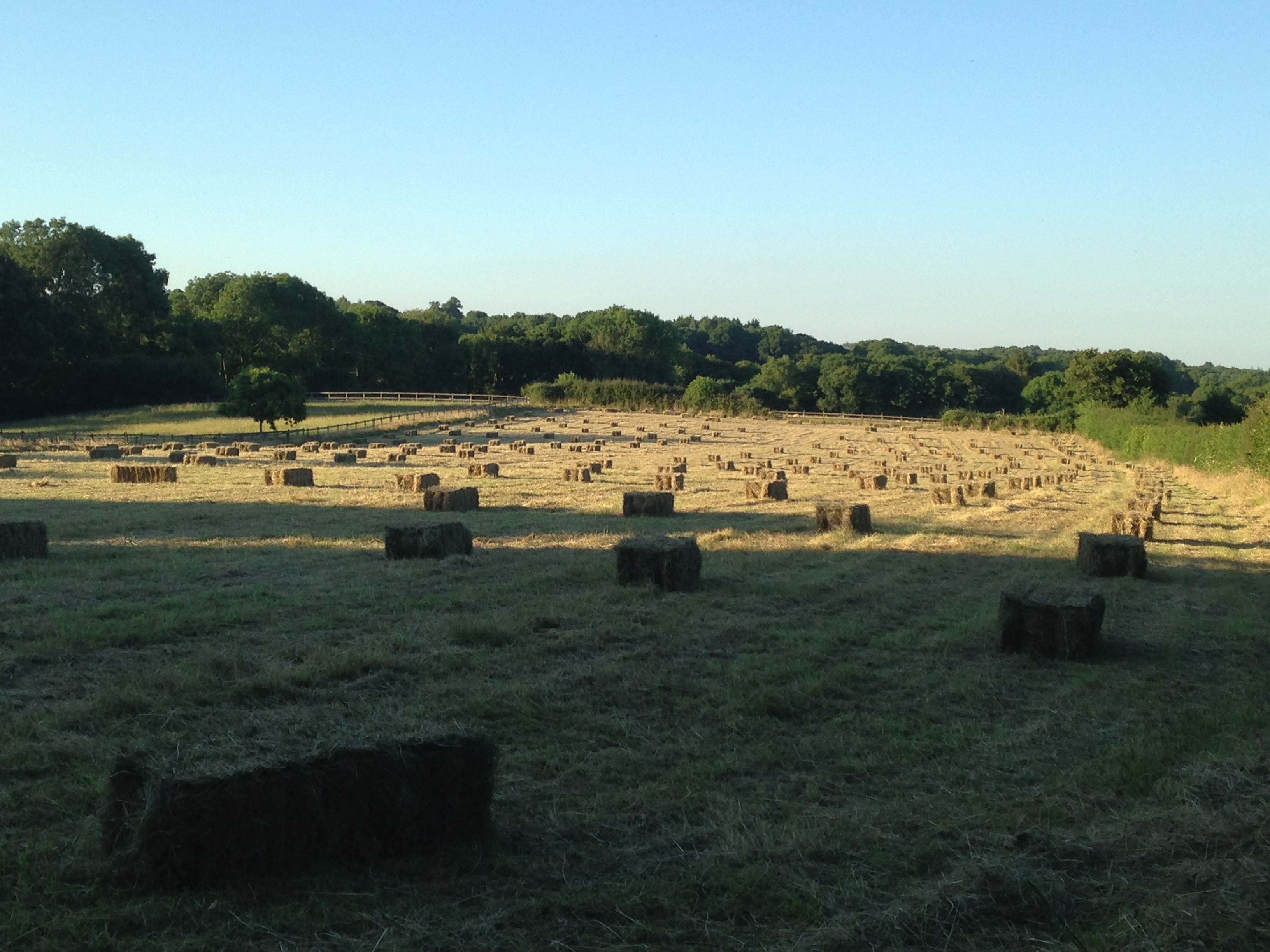 The hay bales are neatly laid out ready for collection.