Posted on April 29, 2017 by newforestcommoner

The foals born on the New Forest follow an ancient lineage.

The past few weeks of visiting the New Forest to check on my free-roaming mares have been a reminder to all my senses of just how glorious a place this is. The sound of the cuckoo, skylark and lapwing in the early mornings; the aromatic smell of coconut from the blooming gorse bushes; the feel of spring sunshine on my skin; and, the sight of foals appearing among the pony herds, are just a few of the sentient delights of living in such a unique part of the world. The foals are a particularly important part of the commoning tradition and their arrival, from late April onwards, is a cause for much celebration. The stallions that sire these precious youngsters do not roam on the Forest all-year round, in the way that the mares and geldings do, but are released for only four weeks each year. The rest of the year they live in a large bachelor herd with other males in the breeding programme. By limiting the time the stallions spend on the Forest, means that the pony-breeding season can be carefully managed to ensure the best well-being outcomes for the mares and foals. A pony’s gestation period lasts for eleven months and the breeding that takes place, when the stallions are released from early May until June, will produce foals in the following April/May. The arrival of the foals will then coincide with that of the spring grass and, hopefully, the better weather, making it easier for the mothers and their babies to maintain good health and condition.

Stallion/Breeding Season
The Verderer’s of the New Forest, the Commoners’ Defence Association and the New Forest Pony Breeding & Cattle Society carefully select the stallions that will sire the next generation of New Forest pony. Only approved stallions are permitted to run out on the Forest with the free-roaming mares to breed. At the last Verderers Court the names of the stallions that will be turned out this year, along with the dates they will be at liberty, were announced. Some of the stallions attract an almost celebrity status among the commoners and at the Court session, when some of the names were read out, murmurs of approval rippled around the hall. Although there are no stallions listed for the areas in which my mares have been turned out, it doesn’t necessarily follow that I won’t get any foals next year. Mares have been known to travel many miles out of their territories to find a stallion of their liking; and, stallions too have been known to wander to other areas. The only sure way to be certain that ones mares won’t receive the attention of the stallion is to remove them from the Forest for the few weeks that the boys are at liberty. However, the point of the breeding season is to produce foals that will maintain one of our most historic and endearing pony breeds. Visitors to the New Forest need to take extra care when travelling on the Forest roads, as many of the foals will be grazing with their mothers on the verges, or using the roads to traverse their territories. Give extra consideration at this time to the animals in New Forest and pass wide and slow on the roads; also, admire at a distance any foals or other newborn animals encountered there. 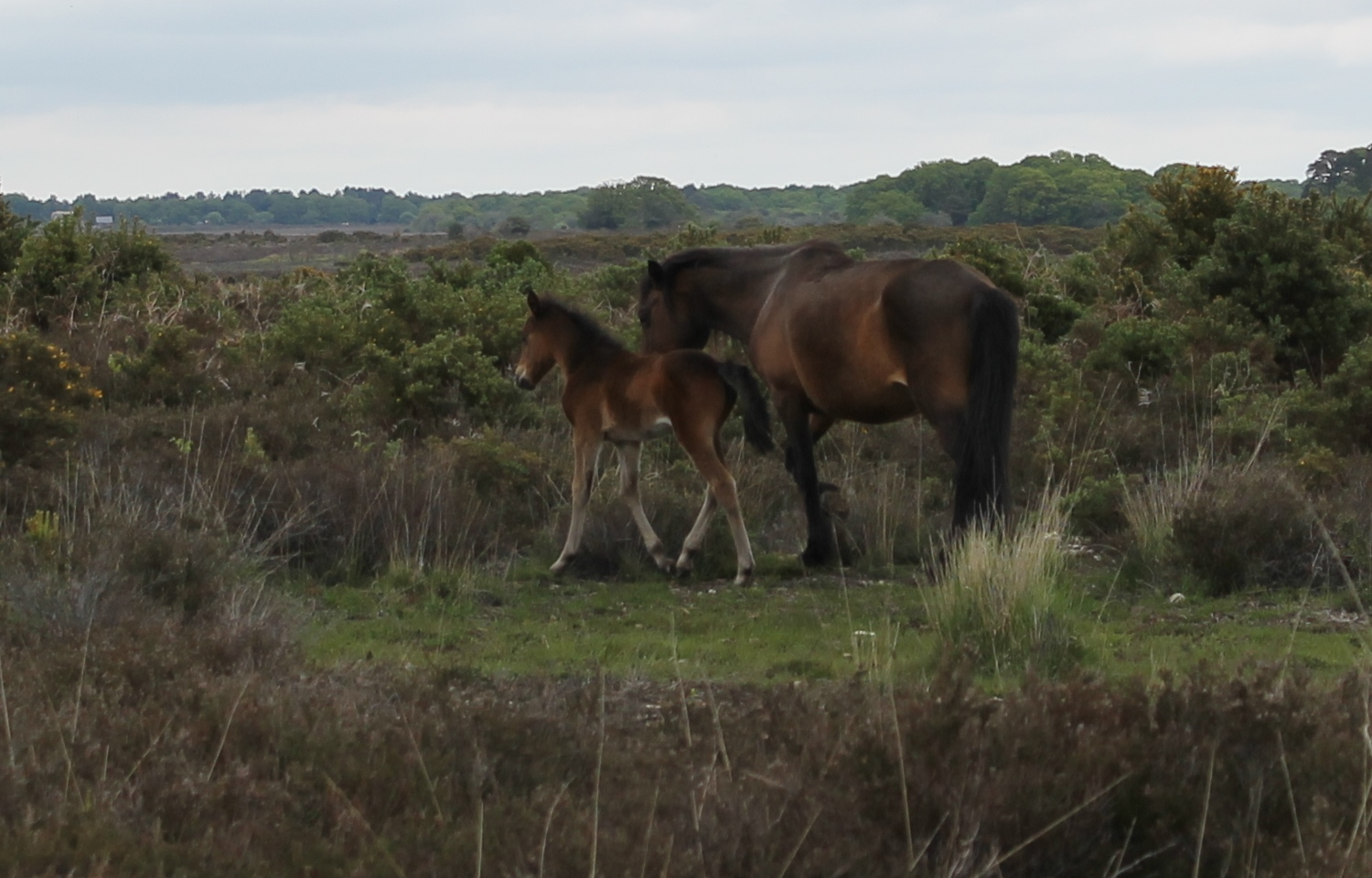 Since 1930 only purebred stallions have been permitted on the Open Forest to sire the next generation of New Forest pony.

The Stallion Areas for 2017 can be found HERE.