Garden waste has no place on the New Forest.

Posted on March 25, 2017 by newforestcommoner 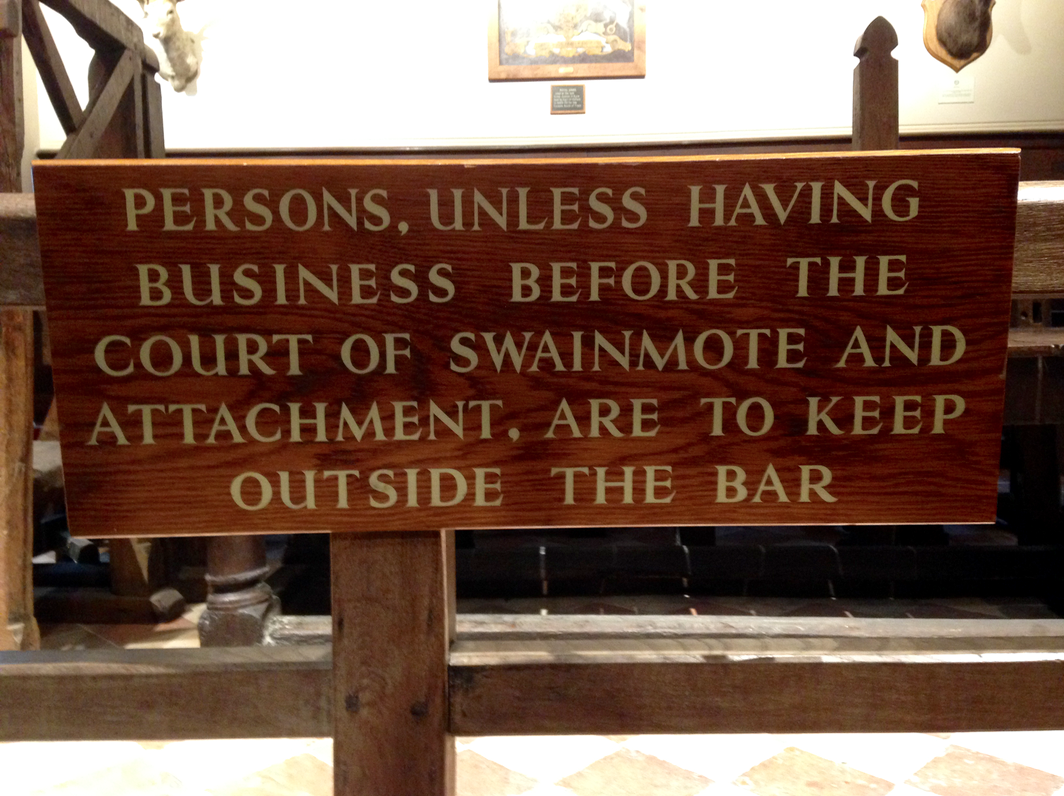 The Verderers Court is one of the oldest in the British judicial system.

This week I attended the Verderers Court in Lyndhurst, which one of the oldest courts in the British judicial system. It has recently undergone refurbishment, and the freshly painted walls are a more muted beige tone than the previous ‘ox-blood’ pink colour. The interpretation area has received some attention and is now encased in a smart wooden cabinet. Other than that, the familiar stag’s heads adorn the walls, and the dock, verderers benches, and public benches are the still the same. Attendance at court was good, which always bodes well for the tearooms and coffee shops in the High Street. The court business this time was a very swift affair, as there were no presentments made. (A presentment is when people attending submit a formal statement to the court of a matter to be dealt with by the Verderers.) Therefore, the only person to speak, other than the Head Agister, who gives his traditional opening salutation, was the Official Verderer. The Official Verderer reminded everyone that with spring approaching many people would be in their gardens mowing their lawns and clipping their hedges. Unfortunately, as he pointed out, some people then feed that garden waste to the ponies, either by tipping it over their fences or by dumping it on the Open Forest, thinking that they are giving the ponies a tasty treat. (Or some contractors illegally fly-tip garden waste rather than pay to have it disposed of correctly.) However, this method of disposal can have serious health consequences for the ponies and even cause a fatal colic.

Horses and ponies fed mown grass-clippings can die
It does seem strange that an animal that eats grass isn’t somehow able to eat mown grass-clippings. But it’s true. Normally, ponies will eat grass in small mouthfuls that are selected from a wide area and chewed slowly, where it can be mixed with saliva. When presented with mown grass-clippings large mouthfuls can be taken and swallowed without being chewed effectively or diluted by the natural fluids in the mouth. But the real danger comes from the fermentation process of the mown grass-clippings as they decompose. This process generates a lot of heat (if you’ve ever put your hand inside a pile of mown grass-clippings you’ll understand how much) and, when ingested, this action produces gas. Ordinarily, the grass that is eaten during normal grazing activity begins to breakdown at a much later stage in the pony’s digestive system and the resultant gasses are passed out of the body as wind. Because mown grass-clippings decompose more quickly, the gasses they produce arrive earlier in the digestive system and have the potential to cause an agonising belly-ache or, in some cases, fatal internal ruptures. Unlike other animals, equines cannot burp, regurgitate or vomit, meaning that any poisonous or noxious substance that is ingested cannot be expelled through the mouth. So, the best thing is not to put dangerous foodstuffs there in the first place! The message to gardeners is: Please dispose of your garden waste responsibly and do not dump it on the Forest. Householders employing contractors to attend to any garden projects must ensure that they are using respectable tradespeople who dispose of waste in the appropriate (legal) manner. To all Forest users the message is: To protect them from dietary-related injury or sickness, please do not feed the ponies – your kindness can kill. 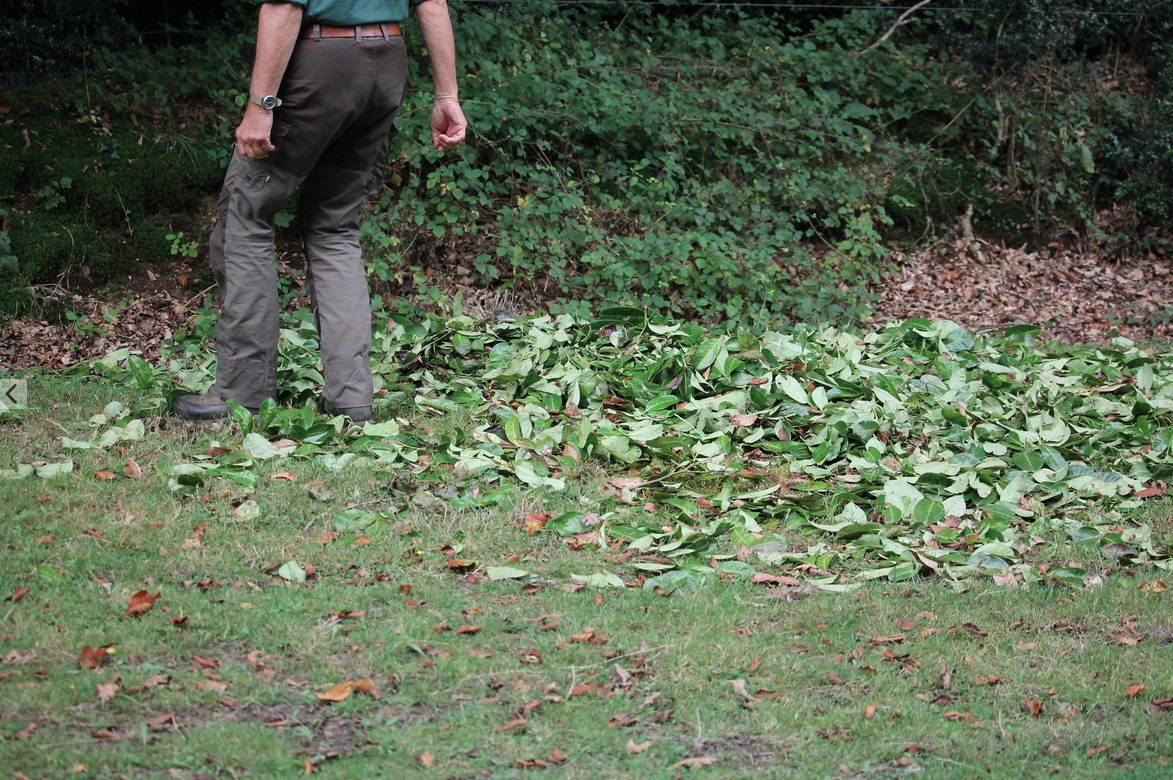 Garden waste should be disposed of responsibly and not dumped on the Forest.