Posted on October 13, 2014 by newforestcommoner 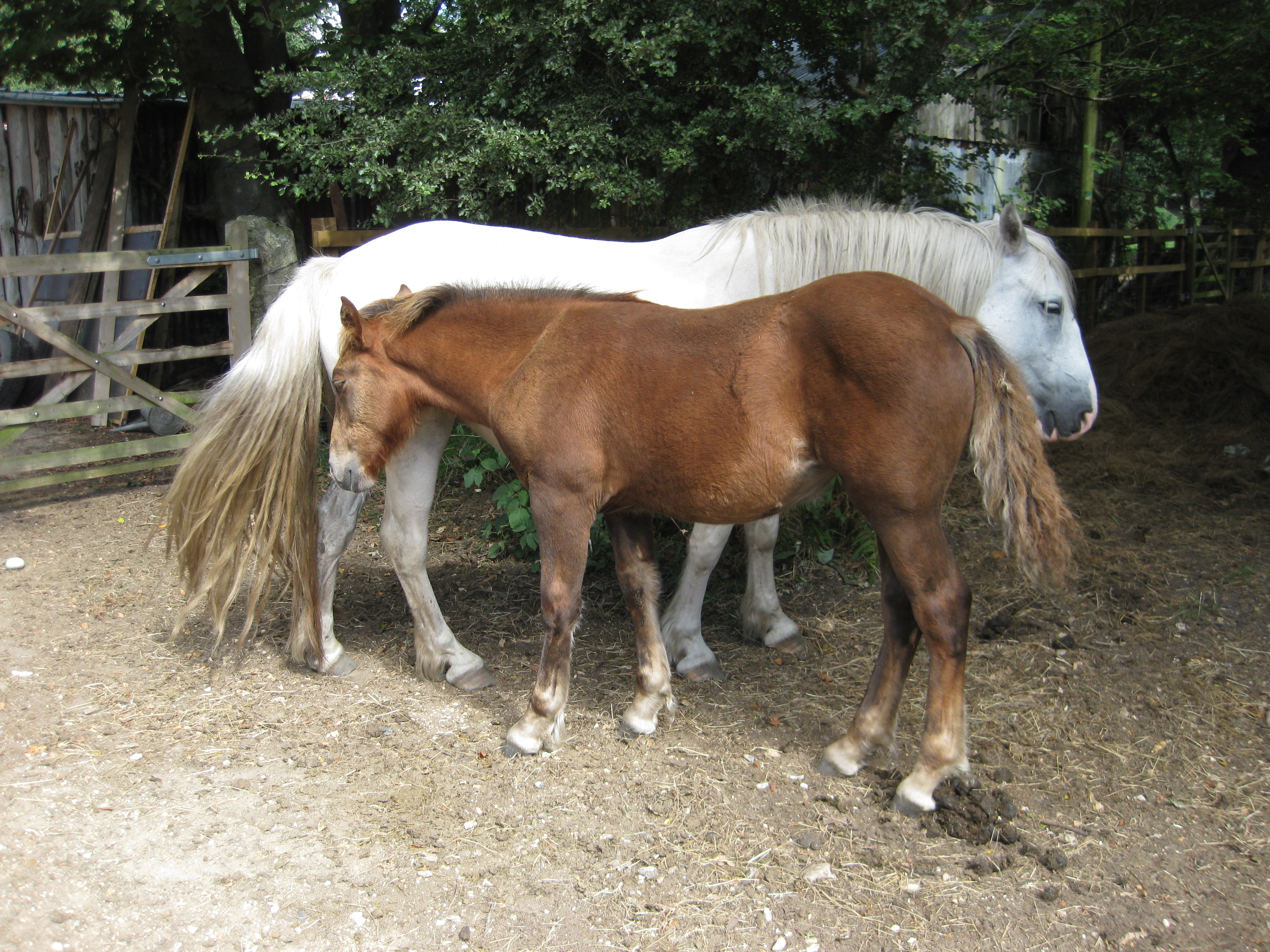 The New Forest ponies are described as ‘wild’ but are in fact ‘semi-feral’.

The free-roaming ponies of the New Forest are often described as ‘wild’ but it would be more accurate to define them as ‘semi-feral’. The only truly wild horse still in existence is the Przewalski’s horse (Equus caballus przewalskii), a breed native to Mongolia, which has never in its entire history ever been domesticated. All other breeds, including the Mustangs of America, the Brumbies of Australia and the New Forest pony, are descended from domesticated stock. However, Mustangs and Brumbies, unlike the New Forest pony, do not have owners. Every pony that roams freely on the Forest belongs to a commoner, who is responsible for its health and welfare. Though they are left to run in a natural state and are able exhibit the behaviour of their wild counterparts, the New Forest pony will be periodically rounded-up for routine management purposes, such as being given wormers, or having florescent collars fitted. They live in an environment in which humans dominate and so will inevitably have some experience of or interaction with people.

Horses are prey animals with highly developed senses and their instinctive self-defence mechanism is to run away from a perceived threat, yet they are equally very trusting of us. Even though human beings are top predators we have managed to form an alliance with the horse. There is something in its innate character that makes us want to befriend it, rather than eat it. For thousands of years our two species have lived in mutually beneficial cooperation. The domesticated horse has enjoyed our protection from other predators, received food and veterinary care whilst we have employed it in sport, agriculture, transport and war. Horses have changed the course of human history and we have changed horses. Through the process of selective-breeding, for example, the New Forest pony can boast qualities that include intelligence, stamina and a biddable temperament. They are easy to train and learn very quickly.

Not everything they learn is good for them however. Visitors to the New Forest love to see the ponies roaming freely but often fall into the temptation to stroke and pet them or, worse still, feed them. Some of the ponies are quick to exploit any opportunity for an effortless meal and soon learn to associate visitors with easy-pickings. This, of course, leads them to congregate in the car parks and roadsides, where they can beg or scrounge for food. It is a sad fact but people who feed the New Forest ponies directly contribute to the numbers of them killed or injured each year in road traffic incidents. However, some of the ‘wild’ ponies have actually been known to use their cunning to raid people’s houses, sheds or garages. In one particular story a Forest resident came home to find a chestnut stallion in their kitchen standing over the sink licking drops of water from the taps. The homeowner shooed the pony out and it made its way down the steps and out of the house. However, it was soon discovered that two loaves of bread and half a dozen doughnuts that had been on the kitchen table were missing! This probably accounted for the pony’s thirst. 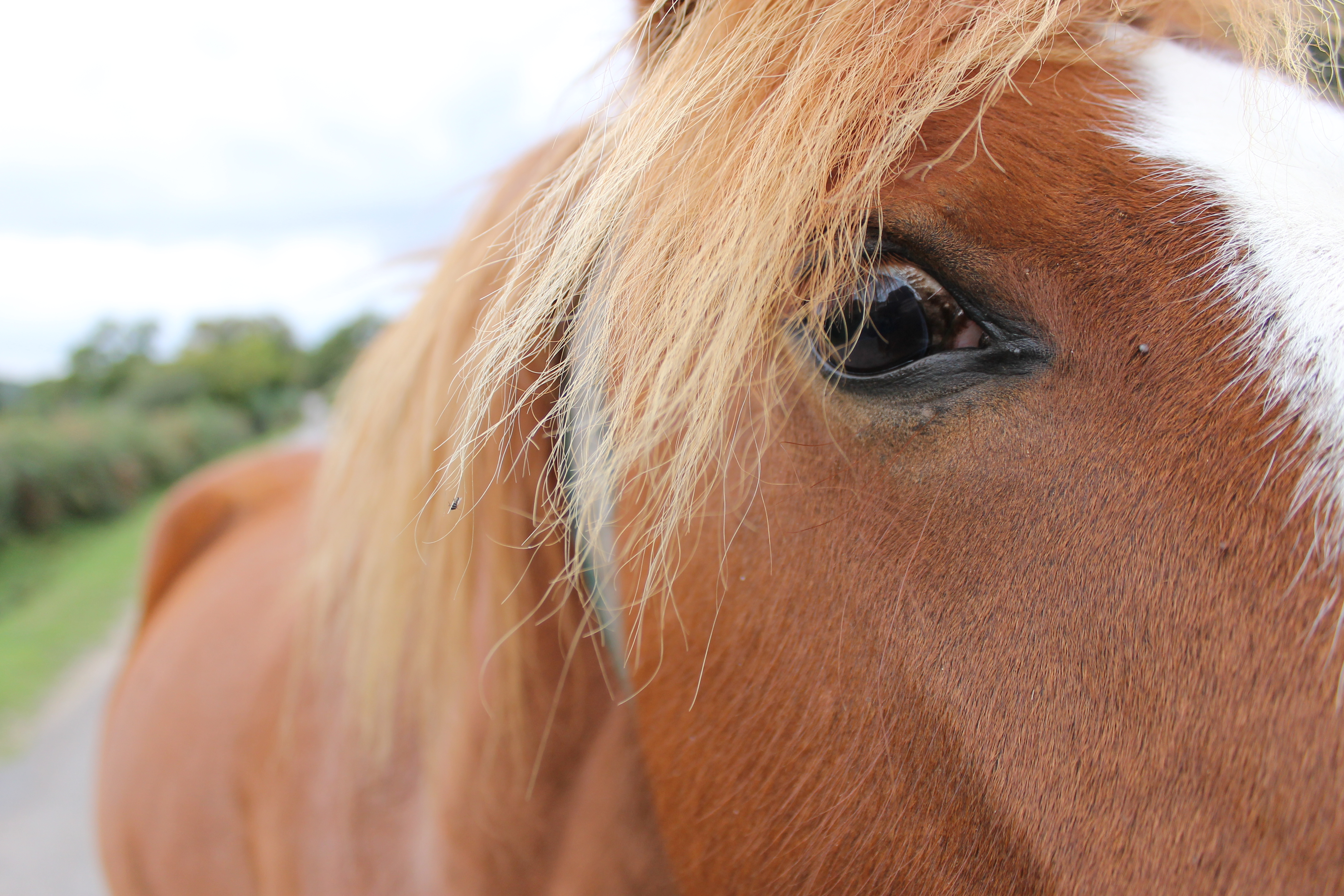 ‘Wild’ ponies fed by visitors lose their fear of humans and learn to beg and scrounge for food.