Posted on June 23, 2014 by newforestcommoner 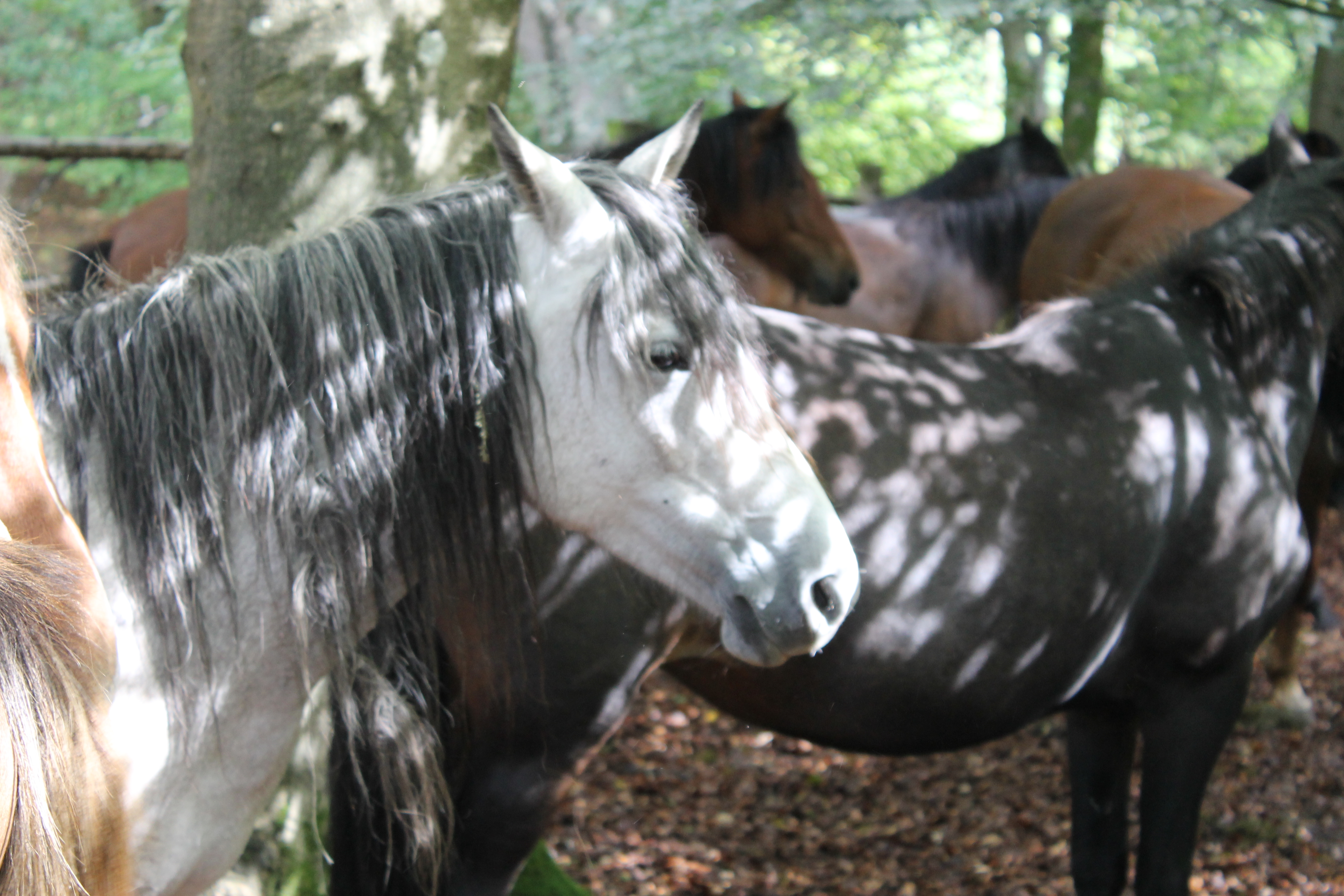 In the heat of the day the ponies seek relief in areas known as ‘shades’ but not all of these areas are under trees.

The warm weather of late has driven the ponies to find relief from the sun and the heat of the day. They gather together in places known as ‘shades’ that, unlike the name would suggest, aren’t always under the cover of trees. Some of the shades frequented by the ponies are out in the open but will have a discernable breeze that keeps them cool. Often too you will see ponies lying flat out quietly snoozing in the sun. This surprises people, as they generally believe that horses and ponies sleep standing up. I’ve met several visitors who believe that they have seen ‘dead’ ponies on the Open Forest and I have no doubt that other commoners and the Agisters will have encountered the same concerns. However, if you wait quietly and watch the ponies as they sleep, for though they seem dead to the world, the occasional flick of the ear or even a slight lift of the head to have a look around will indicate that they have been in a deep slumber. Ponies can doze whilst standing but to get a really good rest they need to sleep lying down. In the herd environment one of the ponies will stand sentinel and keep a look out while the others lie down and rest.

Airborne pests
Flies are very active at this time of year and swarm around the ponies in great numbers. The ponies that roam freely on the New Forest have every opportunity to protect themselves from these airborne pests, unlike many of their domestic counterparts. The wild ponies can seek shelter in the gorse or under trees and act cooperatively to relieve themselves from the worse of the swarm. The herd will stand close together and accept the benefit of a companion’s tail to swot the flies away while one of their herd-mates receives the same from them. The ponies know where to stand when the flies are at their most tormenting and will seek out the insect-free breezes that criss-cross the valleys and hill tops even on the stillest days. Visitors to the Forest will notice that some of the ponies often stand beside the roads with their heads facing the traffic. They’ve learned that the back-draft from passing vehicles is also a good tactic for reducing pestering flies.

The dreaded Forest fly
The biggest menace in terms of flying insects that prey upon equines is the dreaded ‘crab fly’, or ‘Forest fly’ (Hippobosca equina) as it is also known, which is generally only found on the New Forest. These tenacious little devils cling on determinedly to their unfortunate hosts and travel, as one observer describes, by ‘making tracks under the ponies coat like a deer wandering through a field of corn’. I have heard tales of visiting horses being brought to the New Forest driven half mad with terror by the sensation, and normally quiet animals being rendered unrideable. Stories are even told of times past when New Forest ponies used for transport to other areas would inadvertently carry the flies away with them. As the flies moved onto the town animals all pandemonium would ensue, with the horses harnessed to tradesman’s vans, milk carts and drays bucking or bolting and causing widespread panic. The ponies born and bred on the Forest are accustomed to these pests and do not react so dramatically to them. Not all the victims of the Forest fly were equine though. Naughty Forest boys were said to collect them to put them in girls’ hair as a prank. However, although the Forest fly is a bloodsucker, most observers agree that its sideways moving method of travel is far more alarming to its host than its bite.

Ponies doze standing up but to get a really good sleep they need to lie down.