Christmas on the New Forest

Posted on December 26, 2021 by newforestcommoner 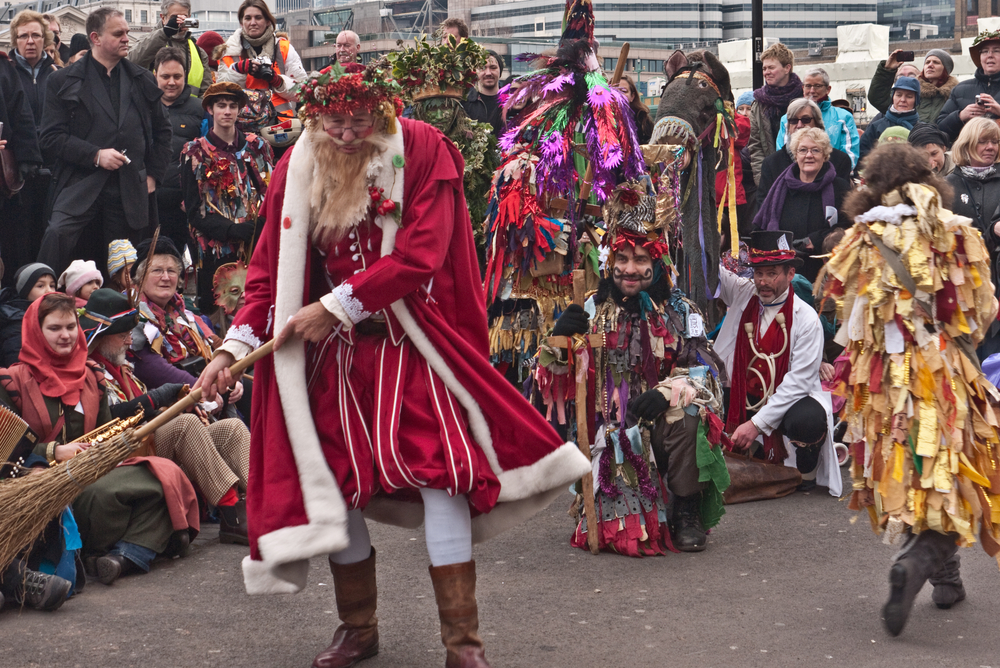 With Christmas fast approaching I have been thinking about some of the New Forest traditions and folklore connected to the festive season. The idea was sparked during a recent visit to check my stock, when I saw a man harvesting holly boughs. This winter activity, it seems, has been a legitimate part of commoning for decades and has always been a ‘ticket-of-leave affair’ regulated by the New Forest authorities. According to one Victorian account, ‘many of the butcher’s shops in London owe their brightness at the festive season to the New Forest, to the mutual advantage of butcher and forester.’1 Harvesting the evergreens was also an important source of income for the New Forest gypsies, who ‘know well to cut the best berried branches early before the birds spoil them.’2 Nowadays, of course, the importance of berries as a winter food for birds and other animals is much better understood.

Holly, along with ivy, mistletoe and yew, are the plants most associated with winter. They were used in many pagan religions, medicines and festivals. So strongly attached were they to pre-Christian culture that the symbol of the evergreen was assimilated by the Church to represent the renewal of life at Christ’s birth and make the celebration of Christmas more acceptable to the heathens. Yet, their association with the supernatural and, indeed, superstition still persisted. For centuries people believed that an oak tree (another pagan favourite) growing at Cadnam, near Lyndhurst, sprouted leaves on no other day than Christmas Day. The belief of this was so widely accepted that when a lady enquired about the tree on a visit to the area she was told ‘to come back on the Wednesday following’, which was Christmas Day. However, the lady insisted on having an investigation of the tree as she would not be returning and wanted a search made straight away. The Salisbury Journal reported that when the guide, who was there to attend her ‘was prevailed on to ascend, and on the first branch that he gathered appeared several fair new leaves, fresh sprouted from the buds, and nearly an inch and a half in length. It may be imagined, that the guide was more amazed by this premature production than the lady: for so strong was his belief in the truth of the whole tradition, that he would have pledged his life that not a leaf was to have been discovered on any part of the tree before the usual hour.’4

In 1867, John Richard de Capel Wise observed that old customs and traditions still lingered on the Forest. For instance, mummers (actors in traditional folk-plays) still performed at Christmas, and old women go out on St Thomas’s Day (21st December, the longest night of the year) to ‘go gooding’, a custom for the poor widows of the community to go round singing carols and collecting money. However, one of the most riotous activities during the festive season was the traditional red squirrel hunt, which was held the day after Christmas Day. Large groups of men and boys, armed with leaded sticks called ‘scales’, ‘squolyles’ or ‘snogs’, went out on the Forest to hunt for the squirrels (Sciurus vulgaris) which, in the 1800’s, were still in abundance. Observers felt that these excursions were an excuse to flout the absence of the game laws on Christmas/Boxing Day. Of course, the days hunting always finished in an obliging alehouse! In 1915 the Deputy Surveyor General, Gerald Lascelles, reflected, ‘Up till recent times the great congregations of squirrel hunters about Christmas time all met together in the evening, at one or other of the local public-houses, and ‘enjoyed great suppers of ” squirrel pie,” the product of the day’s amusement, but of late years squirrels have hardly been abundant enough to furnish material for these epicurean feasts.’5

In modern times, the Boxing Day point-to-point races have become the traditional post-Christmas activity in the New Forest.* Run under the original rules, which developed in the eighteenth century, riders are allowed to choose their own course across the open Forest between the start and finish point and can cross the finish line from any direction. The races are the perfect demonstration for the all-round capabilities of the pure-bred or part-bred New Forest pony – speed, stamina and sure footedness. If you look closely you may even see runner and riders with mistletoe or some other evergreen bough about their person for luck.

*Due to its increasing popularity: Restrictions have now been introduced to control the large numbers of spectators attending the point-to-point, in order to preserve the landscape and habitats of the New Forest. Please follow directions and official guidelines when attending this event. 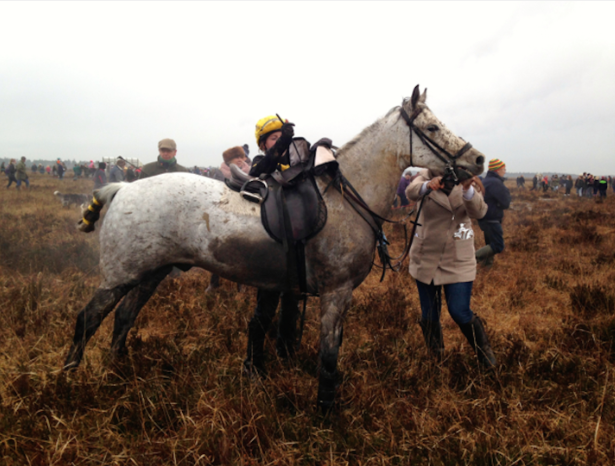