Posted on November 25, 2017 by newforestcommoner 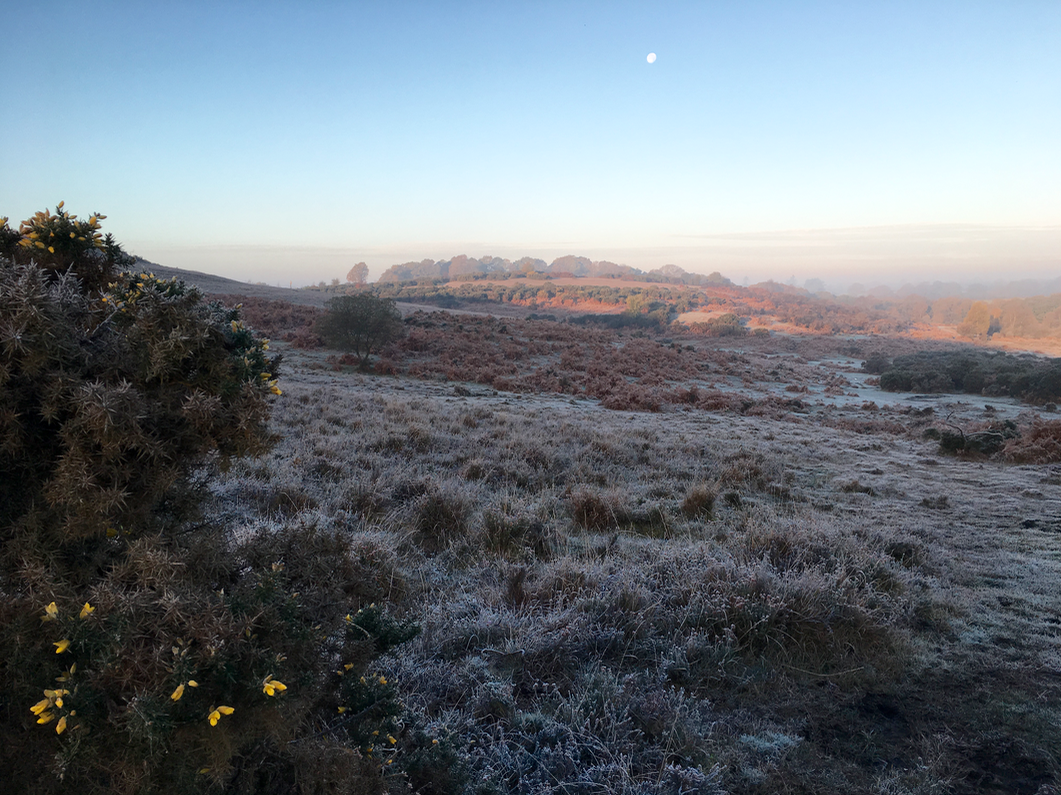 Irrespective of weather or temperatures commoners must check on their livestock regularly.

Winter is definitely on the way. As I go out checking my free roaming stock on the New Forest I’m wearing more layers than of late. I’m also in the habit of keeping my gloves on the radiator in the hall, from where I collect them for that extra touch of warming creature comfort before venturing out into the cold. The crisp mornings that follow an over-night frost are usually accompanied by bright weather, which provides ample compensation for the chilly temperatures. On such frosty mornings I like being out early to witness the dawn breaking over the horizon and to see the sun casting its illuminating rays over the glittering landscape. It’s a sight that never fails to impress me. The free roaming ponies have developed thick, shaggy coats, which are perfectly designed for a life lived outdoors. Their warm breath in the frosty air rises from their nostrils like smoke, making them look like little furry dragons ready to breath fire. Many of the ponies have already been taken off the Forest for the winter by their commoning owners, and will be kept on holdings or back up grazing in and around the New Forest until the spring returns. Like some commoners, I tend to keep my ponies out on the Open Forest all year round, which means that irrespective of the weather I still need to check on them. Even though the ponies are regarded as semi-feral their welfare is the responsibility of their commoning owners.

Gorse is good nourishment
Quite often, when the weather is particularly inclement or the temperatures are low and I’m out looking for my mares, it feels like I have the whole place to myself. I enjoy my solitary walks around the haunts they use, and I’m always pleased to find them and see that they are doing well. It’s quite natural that over the winter months they will begin to lose the fat reserves that they’ve built up over the summer. However, once ‘Dr. Green’ makes an appearance, in the form of next year’s spring grass, all will be well again. Even though the pasturage does not contain much nutrition at this time of year the ponies are able to browse the tops of the prickly gorse bushes, which being a member of the pea family is a good source of nourishment for them. There are also plenty of places for them to shelter if the winds become too bitingly cold. They have other tricks too for coping with the privations of winter, such as slowing their metabolism to preserve energy at low temperatures. This particular survival trick explains why the reactions of the ponies may seem sluggish at times. This is useful information for those motor vehicle drivers, using the Forest over the winter, who expect the ponies to get off the roads quickly when they see them coming. Indeed, this is all the more reason to drive with extra-care in the New Forest, particularly at night, when the temperatures fall even further. 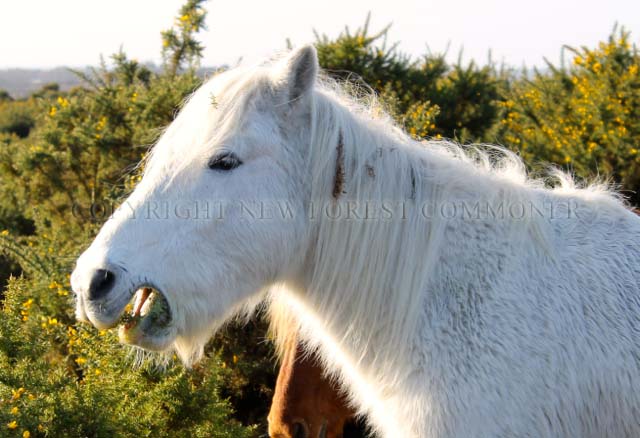 New Forest ponies eat prickly gorse, which is a nutricious member of the pea family.