Posted on April 22, 2017 by newforestcommoner 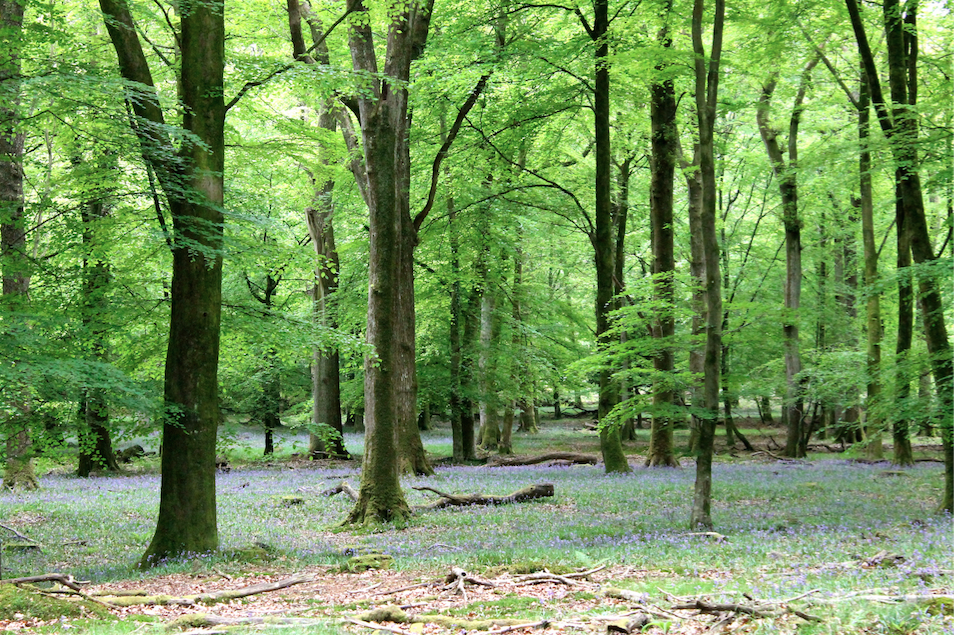 The bluebells that carpet the woodlands are a popular sight with visitors to the New Forest.

I went for a walk this week, in a part of the Forest that I don’t usually visit. I wanted to see if the bluebells had bloomed, so went on a route that took in one of the Forestry Commission enclosures. I could see spots of blue beginning to emerge from underneath the leaf-litter of the forest floor, but not the profusion of azure set amongst the verdant green colours that one normally associates with the bluebell season. I knew that I’d have to be patient and wait a day or two more to get the full effect of this most pleasing display. I nevertheless continued on and emerged from the other side of the enclosure a mile or two from my normal walking route. I hadn’t gone very far before I came across a herd of ponies quietly grazing beside the track. In their midst was a young bay pony that I’ve been missing for a while. I was pleased to see her again and, although she looked up momentarily, she continued to graze without really registering my presence. Her companions ignored me totally. I was able to quietly appraise my filly’s condition, and she looked generally as ponies do at this time of year, particularly if they have lived out all winter. I noticed that she had been rubbing herself, as small bald patches were showing on her coat. On closer inspection I could see that she was carrying lice.

Ponies with lice
There are several types of lice that can live on equines, but in this case the culprit was Damalinia equi. This wasn’t entirely a shock, as lice are a common sight on the free-roaming animals, particularly at this time of year. (Lice are not confined to the semi-wild populations of free-roaming New Forest ponies and donkeys, but also affected stable-kept horses, ponies and donkeys too.) Damalinia are biting parasites that can be seen with the naked eye, and prefer to feed on areas of the pony with shorter body hairs, such as the neck, flanks and around the base of the tail. The patches on my pony were behind her front legs, but were not extensive or deep. The bite of the Damalinia is very itchy and you may notice some ponies exhibiting scratching-behaviour in the spring, which most people associate with the shedding of their winter coats, but could in fact be caused by lice. Of course, if she were one of my home-kept ponies I would be able to wash her with the appropriate veterinary treatment, but semi-wild ponies are a different proposition, as they do not like to be handled – let alone bathed!  Now that I know the area she is in, and have identified the ponies she is with, I should be able to find her again. I will keep an eye out and make sure that she doesn’t become infested with lice or suffer as a result of her scratching. Luckily, New Forest ponies are able to cope well with parasites and do not seem to be affected by lice in the summer months. Further good news is that Damalinia equi are species specific and, while they can crawl on you, they won’t bite you. This is, of course, another good reason why visitors to the New Forest should just look at the ponies and not touch them. 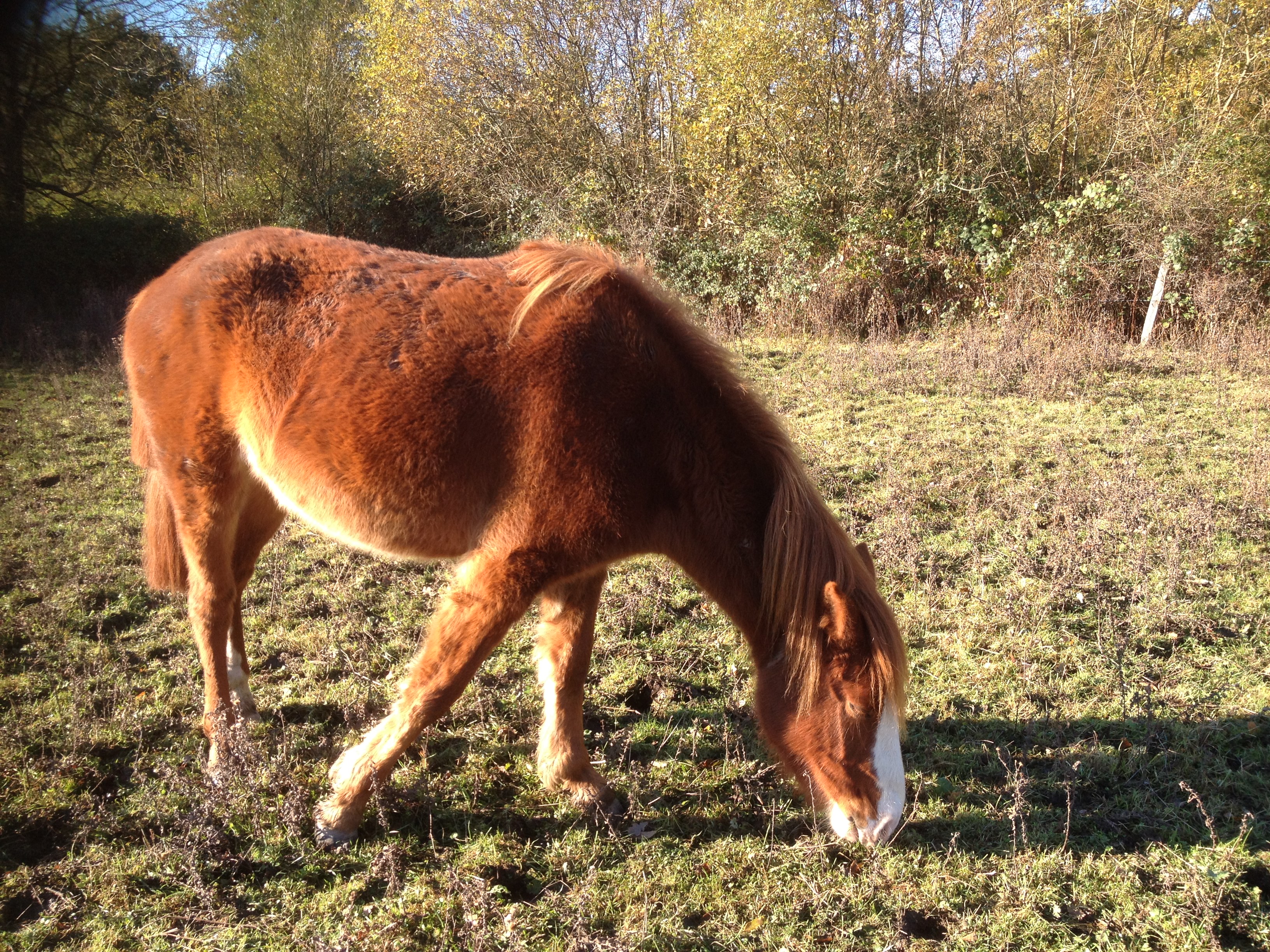 New Forest ponies have thick coats to keep them warm and dry in winter; but parasites, such as lice, can find them cosy places to breed and feed.