New Forest: the hunters and the hunted

Posted on November 13, 2016 by newforestcommoner 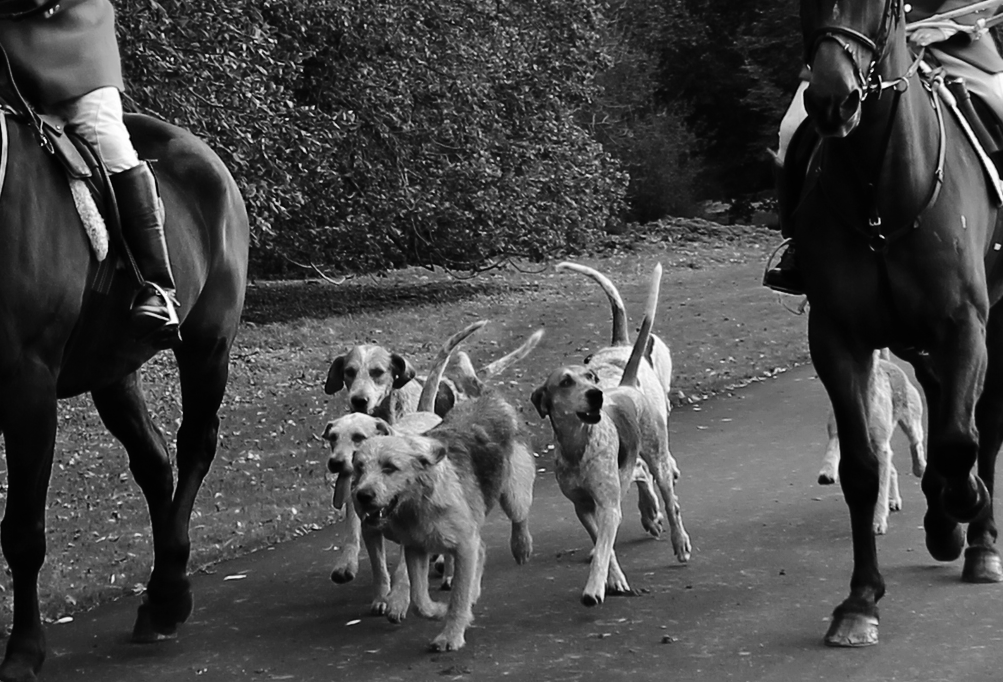 The New Forest was established for royal hunting and has a long tradition of the chase.

The history of the New Forest is very closely intertwined with that of hunting. Indeed, it was for that very purpose that the New Forest was established nearly a thousand years ago. Royal hunting favoured red deer but also extended to foxes, either when the larger prey was unavailable or for its novelty. Hunting was a hugely popular pastime and when the Royal Buckhounds visited the Forest, at Bolton’s Bench, in April 1841, it was said that thousands of people turned up to participate in the chase or watch. A newspaper report from the time, recorded that the lowest number of horsemen must have been a thousand, with people in carriages, who would have followed the hunt’s progress, numbering at least another thousand and ‘among the crowds of vehicle of all grades – from the elegant four-horse equipage to the humble chaise-cart – were seen even omnibuses that now for the first time made their entrée into the Forest’.[1] Along with the huntsmen and women, and the carriages, came countless pedestrians who were estimated to be in the region of four thousand people.[2] It was said that ‘a more gay and brilliant assemblage never graced the forest’.[3] Another eyewitness remarked that ‘on the roads leading to the meet it was just like going to the Derby before railroad times’.[4] Like the Derby, hunt meets could be places for the stylish elements of society to be seen, as well as to see the day’s activities. Accordingly, ‘the same brilliant variety of carriages and horses – the same influx of beauty and fashion: the like quality of the good thing of this world then made their appearance, and were usually disposed of at pic-nics, beneath the spreading branches of the magnificent oak or beech-trees, which adorn some of the most picturesque localities of the New Forest’.[5]

Missing pig at Deering’s Town
But the beasts of the Forest were not the only creatures to be pursued and captured by the hounds. In 1840 it was reported that a resident of Sway, who had lost a valuable pig, was persuaded by his neighbour to approach a forest keeper for the loan of one of his bloodhounds, to see if the missing hog could be located. Apparently, several bloodhounds were kept by the keepers, due to their incredible ability to sent wounded deer. The bloodhound was duly sent for and, according to the report, when it arrived began to work by making three or four casts around the house. With the scent acquired, the hound then moved off ‘at a round pace’ towards a small, straggling village called Deering’s Town, some three miles away.[6] The bloodhound then proceeded directly to the house of a labourer, whereupon the pig was found inside slaughtered and hanging to cure. The man was consequently tried for robbery, at Winchester assizes, where he confessed to stealing the pig.[7]

In 1840 a bloodhound was used to recover a missing New Forest pig.