New Forest: stallions vs geldings – boys will be boys! 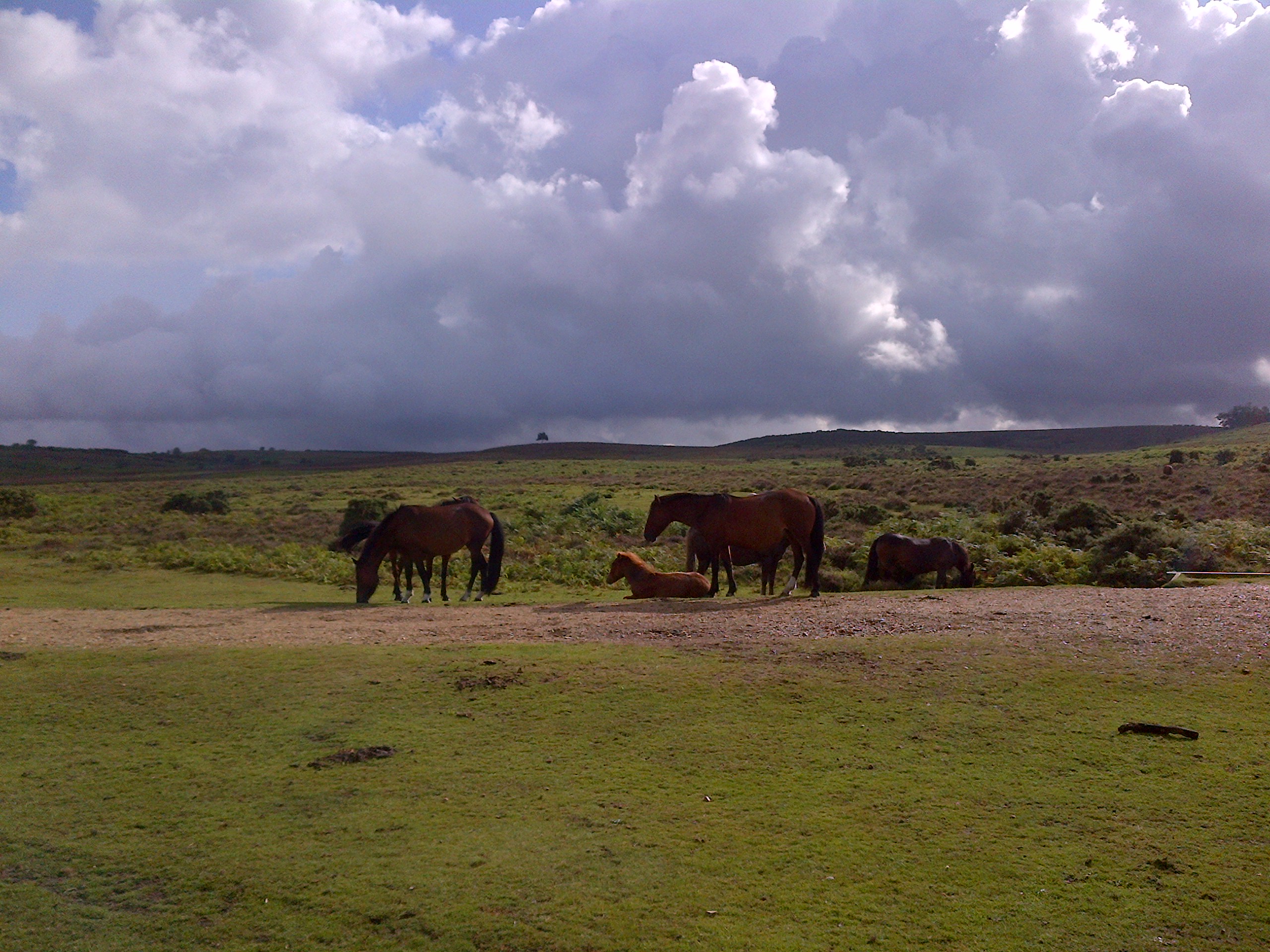 The New Forest ponies roam freely in small herds that can consist of mares, fillies, colts and geldings.

Regular visitors to the New Forest will be aware that at the moment (updated May 2017) the stallions have been set loose to run with the free-roaming mares, causing much excitement among the herds of semi-feral ponies. Generally speaking the New Forest is predominantly a feminine environment for much of the year. The New Forest Byelaws are very specific about not allowing entire (uncastrated) male animals to roam on the Open Forest and stipulate that ‘No person shall cause or allow any entire bull, entire male sheep or entire male pig to roam at large in the Forest if, in the case of a bull, it has attained the age of three months or if, in the case of a male sheep or male pig, it has attained the age of one week.’

Stallions, colts and geldings
The herds of ponies that roam the New Forest are made up of mares, geldings, fillies and colts. In order to maintain the female bias on the Forest, the Byelaws further state that a colt is not permitted on the Forest after the age of two years old. If their owner wants to keep them entire, for use as a stallion, colts must be entered into the New Forest Stallion Scheme and be presented for inspection and approval. Colts that are to be kept for purposes other than breeding, such as riding, driving or simply roaming on the Open Forest are ‘cut’ or gelded, which involves castration by removing both testicles. Indeed, many of the ponies that help to maintain the biodiversity of the Forest through their grazing habits are geldings.

Equine courtship is noisy
When the stallions are turned out on the Open Forest, their presence has an electrifying impact on the dynamics of the herds. The courtship of all equines is noisy, aggressive, and involves lots of galloping about, which can have a stimulating effect on all the herd members. There is a lot of teasing or ‘vamping’ behaviour in mares and fillies, when in the presence of the stallions, as they try desperately to attract his attention. Some of this activity can be misdirected at the geldings, as the mares flirt outrageously, affecting their own conduct and interaction with the herd. During this time the ponies will behave unpredictably and visitors to the Forest are advised to drive with care, and pay close attention to the mood of the ponies when walking in the Forest.

Boys will be boys!
There is more to being a stallion than just hormones. Stallion behaviour in castrated horses or ponies is quite common (some studies record up to 50%) and geldings have been known exhibit all the characteristics of a fully entire male, including dominating individuals, mounting or rounding up mares, and territory marking. This is believed to be a product of social stimuli, particularly in animals kept on pasture with a number of other horses or ponies, rather than an urge to breed. It is not unheard of for geldings in an established herd on the New Forest to get into a tussle with a stallion over the attentions of the mares, and sometimes it is the stallion that comes off worse. The basic scientific opinion, even in the absence of testosterone, seems to boil down to the fact that ‘boys will be boys’. It is strength of personality that seems to be a dominant force in such behaviour rather than levels of testosterone. This is why the uninitiated folk out and about on the Forest at the moment would be forgiven for seeing stallions everywhere! 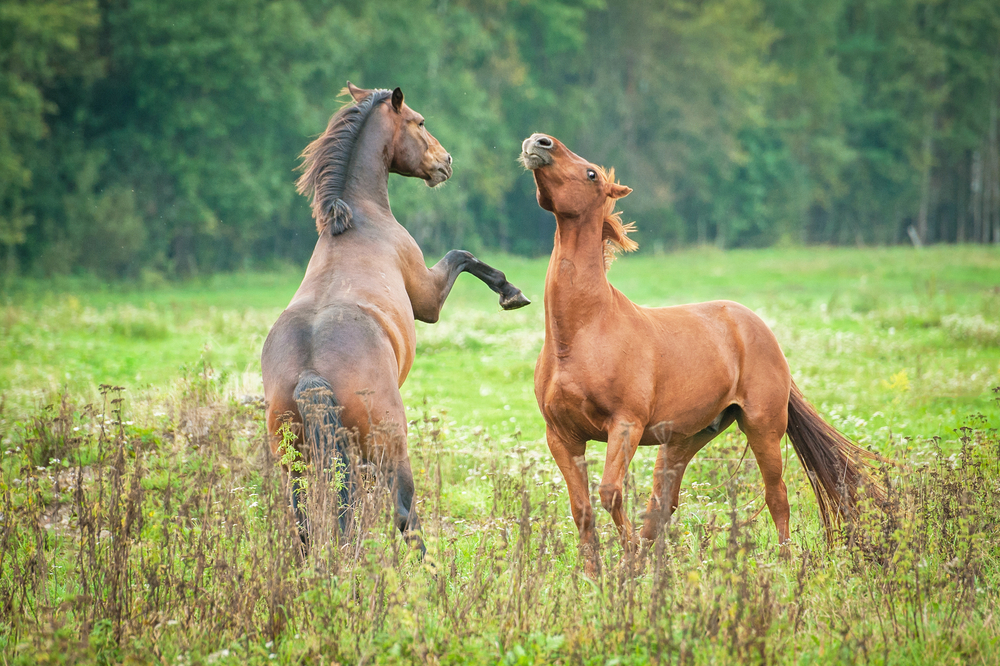 During the stallion season the dynamics of the herds change, and ponies become more frisky.

The stallions are set free for four weeks each year in certain areas of the New Forest: 2017 Stallion Areas