Posted on December 1, 2014 by newforestcommoner 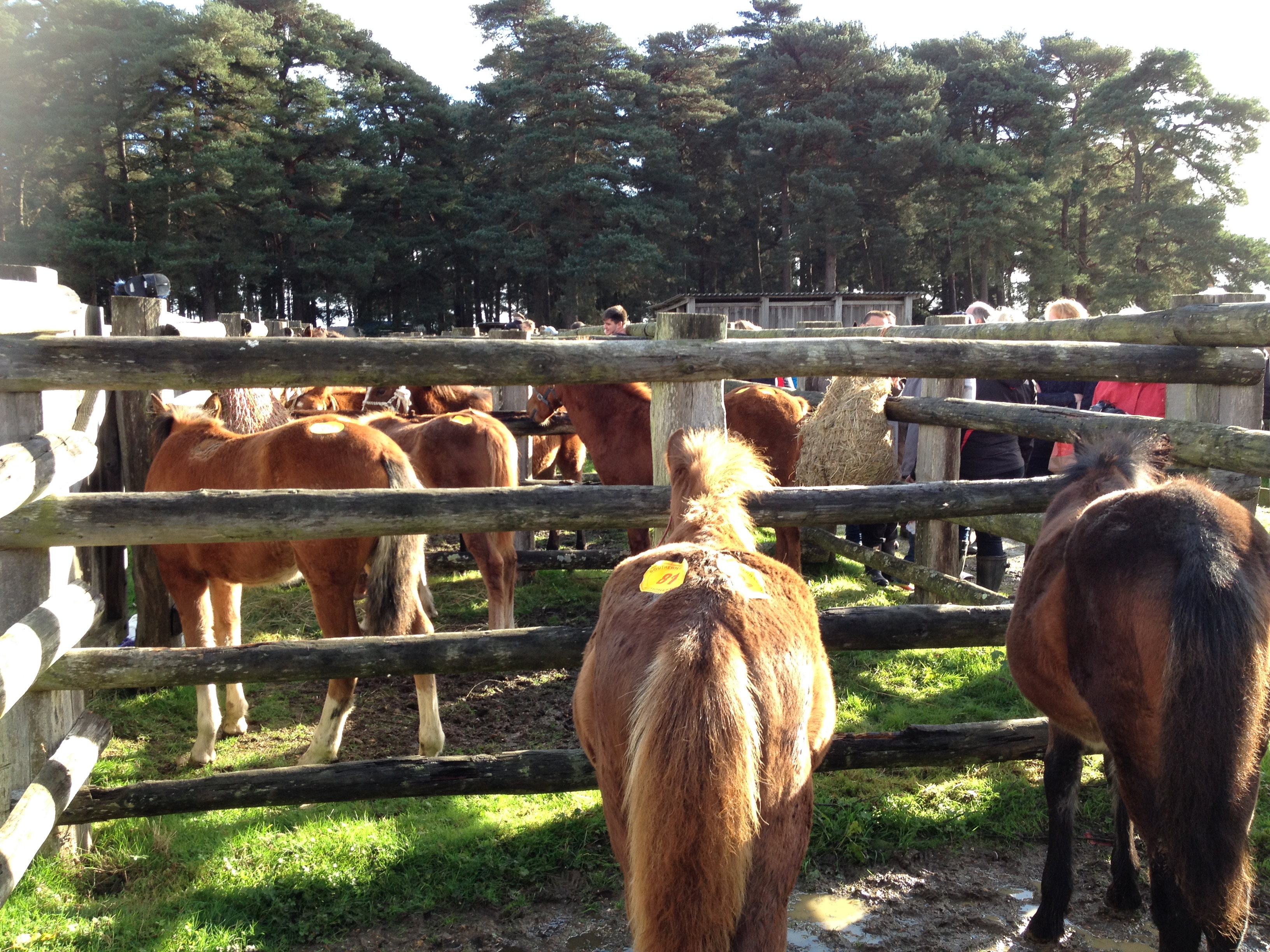 Last week (November 2014) the final pony sales of the year were held at the purpose built sales ring in Beaulieu Road. Not only is this a chance to see native ponies being auctioned but a real opportunity to witness a glimpse of Forest life. The commoners come together and use the sales as an opportunity to catch up with one another, exchange information, gossip and pass on any news. The sales start at 10.30am but there is always lots of pre-event activity, with stalls, refreshments, and ponies arriving and being unloaded into the viewing pens. The foal show was a particular attraction at this event and the foals on display were a credit to their owners. Many a champion New Forest pony has been bought through the sales ring, and sometimes for a bargain price. There were around 158 lots to view, which consisted mainly of New Forest ponies, but there were also donkeys and other horse breeds included.

Various locations of sales rings
There have been sales of New Forest ponies in the area since ancient times. In Ringwood, for example, the market charter dates back into the Middle Ages and ponies would have been regularly sold there. In 1837 the Salisbury Journal reported on the annual Sheep Fair at Britford, near Salisbury, in which upwards of 43,000 sheep and lambs were assembled for auction observing that there was “a large show of horses of inferior description, and particularly of forest colts, which met with a ready sale.” From the early to mid-1800’s pony sales were held on Swan Green and then the Swan Inn, near Lyndhurst, but the increasing use of the motor vehicles meant that the location of the pony sales had to be moved to accommodate vehicular traffic. From 1922 the pony sales were held at the site of the old racecourse at Lyndhurst before moving to their current location in Beaulieu Road at the end of the Second World War.

Clever system
There has been much thought and planning gone into the development of the facilities at Beaulieu Road. Nowadays the infrastructure boasts permanent mains water, electricity, lighting, toilet and hand-washing features, which have been relatively new installations. There are even wash-down facilities that enable lorries and trailers to be cleaned and disinfected between loads. But what I find most impressive is the system used to move the ponies from lorry to viewing pen, and from viewing pen to sales ring, and back again, with the minimum of handling and stress. For many of the ponies that arrive at the sales human hands will have barely touched them. These are semi-feral animals that cannot be haltered and led about. So a clever system has been devised that consists of inter-connected chutes that lead from the pens to the ring. The gates to the pens are opened and the ponies enter the chutes from where they are herded into the sales ring. After they have had their turn in the ring, where the sales are conducted in guineas, they leave via a different door to be collected or returned depending upon whether they have been sold or not.

Best facilities
The Beaulieu Road Sales are always well attended and not just by the commoners. Many tourists also find their ways to the sales and are most interested in the proceedings. Present too are the welfare agencies, such as the RSPCA and the New Forest Livestock Society, and there is always a veterinary surgeon on duty to ensure that the high standards of animal health are maintained. The Beaulieu Road Sales facilities are among the best of their kind for receiving and processing semi-feral animals. I find the whole event fascinating. I like to wander around the viewing pens checking the catalogue and making a list of the top five ponies I would buy. Then I watch my choices go through the auction and see what prices they fetch. The sales are still conducted in guineas (21 shillings at pre-decimalised values or £1.05 in today’s money). It is incredibly tempting to make a bid but I have to keep reminding myself that in time my own mares will start producing foals and that, as a result, I will have enough ponies to contend with. It is probably for this reason that I spend most of the auction sat on my hands!

Many a champion New Forest pony has been bought through the sales ring, and sometimes for a bargain price.