Posted on June 30, 2014 by newforestcommoner 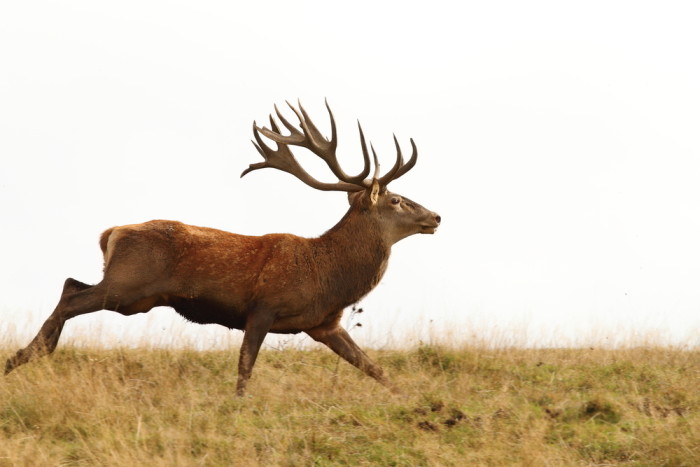 William the Conqueror created the New Forest for royal hunting.

I was inspired to read more about William the Conqueror, after attending an event at the Chalke Valley History Festival (2014). Apparently after the Norman invasion, which followed the Battle of Hastings in 1066, he attempted to integrate with the English but the natives simply refused to act like a conquered people. So, he decided to get tough. Really tough. Constant rebellions in Mercia and Northumbria caused William to adopt tactics so merciless that the period, known as the ‘harrying of the north’, is infamous. So great was his wrath that men, women and children were slaughtered in their thousands and the devastation to the land was alleged to have been so great that it caused a famine, which lasted for nearly a decade. He began to ruthlessly subjugate the English people and replace the native hierarchy with his own. One historian went so far as to say that William I was so cruel to the English that men, women and children were left nothing but their eyes to weep with.

Forest Laws of Venision and Vert
No wonder then that the chroniclers associated the creation of the New Forest in 1079 with extensive depopulation and destruction of churches. But in this William I was probably unfairly accused. Modern historians believe that the topography of the Forest would not have been able to support large settlements, so there could hardly have been any mass evictions from the area on the scale alleged. Nevertheless he did impose ‘Forest Laws’ to protect the beasts of the chase for royal hunting. A court system and tier of officials, including Agisters and Verderers, were established to uphold and administer the legal framework. The laws of ‘venison and vert’ resulted in extreme punishments, such as blinding, having a hand cut off or even the death penalty for transgressors who were caught disturbing or poaching deer, felling trees, clearing forest land for agricultural use or fencing the land (even if the land belonged to them). After the creation of the New Forest the inhabitants were forbidden to do anything that would impede the chase during the hunt.

Death on the Forest
The English hated William I and his harsh laws, so it was seen as divine retribution when the New Forest claimed the lives of two of his sons and a grandson. Richard of Normandy perished by the effects of a ‘pestilential blast’ while out hunting; William II (Rufus the Red) was slain by a stray arrow, which had ricocheted from a tree after being fired at a stag; and, Richard, the Conqueror’s grandson, ‘met his death from having his hair become entangled in the boughs of a tree, as he was eagerly pursuing the chase’. Nevertheless, although hunting-mad William I had restricted the liberties of the Forest inhabitants he did compensate them, in a manner of speaking, by allowing their domestic animals roam freely to graze. In doing so ‘Rights of Common’ and the commoning tradition was established in law and practice, and the rest, as they say, is history. 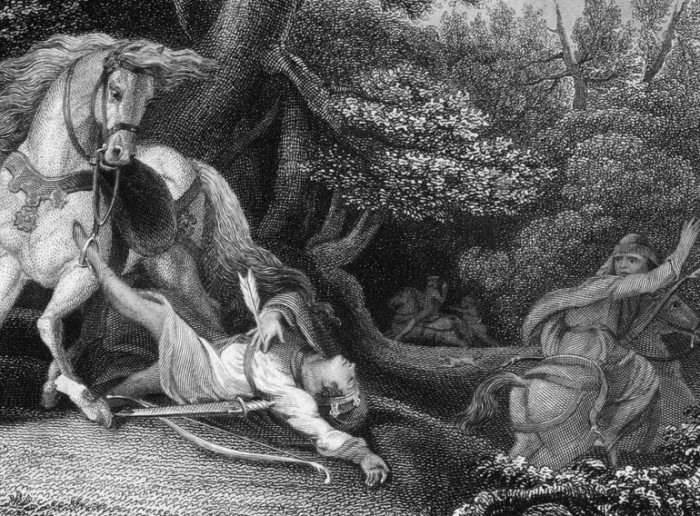 William the Conqueror’s son, William II (Rufus the Red), was killed in a hunting ‘accident’ in 1100.