Posted on December 27, 2018 by newforestcommoner

Shortly after the New Year begins, it seems that we are bombarded with advertising on television, social media, in magazines and via the Internet for holidays in the sun or sure-fire ways of getting fit or losing weight. It always seems that the festive season, in which we are encouraged to feast merrily with others and spend time in front of the TV, is rapidly followed by a period where we are shamed into losing weight or getting fitter. We seem to find it necessary to make New Year’s Resolutions and undertake some form of self-improvement to our minds, spirits or bodies. Fitness centres and gym clubs up and down the country are rubbing their hands at this time of year. It is their traditional ‘harvest time’, when all those new members will be signed up. Author Marwood Yeatman, observed that while the dog-wheel was banned for being cruel to animals, a hundred years later humans are the ones running on the same kind of contraption and paying for the privilege. In his book ‘The Last Food of England’ he maintains that it was an active outdoors lifestyle and fresh food that kept people healthy. He asks rhetorically ‘was it the consumption of cider made from the ripest apples, containing high levels of aspirin that kept people healthy on West Country Farms?’ The link between nature’s bounty and human health is an area of much common-sense discussion, scientific study and even superstitious belief.

Folk-cures
The New Forest has its fair share of treatments for the improvement of health or the curing of maladies. There was a theory that children afflicted with fits could be cured by passing through cloven ash trees; another that bread baked on a Good Friday was curative of certain forms of suffering; and, there was the very familiar superstition concerning the seventh son of a seventh son. In 1883, John Wise, wrote ‘a specific for consumption is still to kill a jay and place it in the embers till calcined, when it is then drunk at stated times in water.’ Other cures included hares’ brains for infants born prematurely, and at Burley Rocks there was reputed to be a sand-hole, at the edge of the bog, containing water that ‘is restorative for failing sight’. John Moore, writing in 1934, reported that ‘the Ironswell, near the Royal Oak at Fritham, possesses healing properties for dogs with mange, or similar skin troubles.’

Commoning-sense
The New Forest is a diverse landscape of woodland, pasture, heath and bog and is habitat to a myriad of plant species, including medicinal herbs. Many of the wild herbs that grow on the Forest were exploited by the commoners, before veterinary or other medicines became widely available. Wild thyme, for example, is a general antiseptic and was also used to cure colic in ponies. Herb Robert, from the geranium family, was used externally as a wound cure and an insecticide against ringworm. The ling heather that mantles the New Forest in late summer is know in Latin as Calluna vulgaris, from the Greek ‘kalluna’ to cleanse, and has been used since antiquity as a medicine. Indeed, the practical nature of commoning has meant that the resources of the Forest have been appreciated, utilised and protected by the commoners for generations. Theirs has traditionally been a life lived out-of-doors that is physically demanding and dependant upon an intimate knowledge of their surrounding environment. The New Forest has always provided commoners with the means of food production, health and healing, and the fitness benefits of the ‘green gym’. 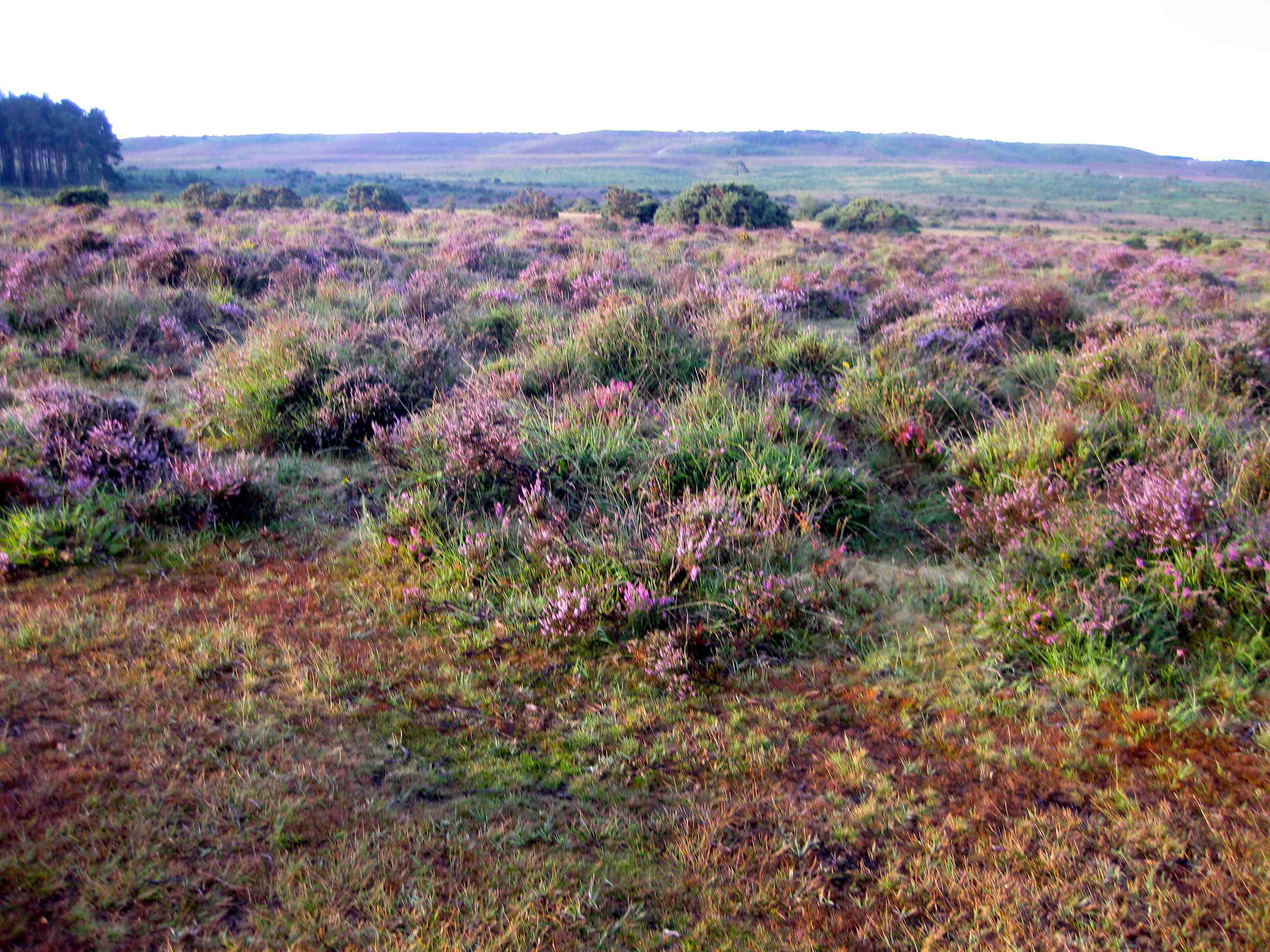 Ling Heather’s Latin name is Calluna vulgaris from the Greek ‘kalluna’, to cleanse, and has been used since antiquity as a medicine.