Posted on December 4, 2016 by newforestcommoner 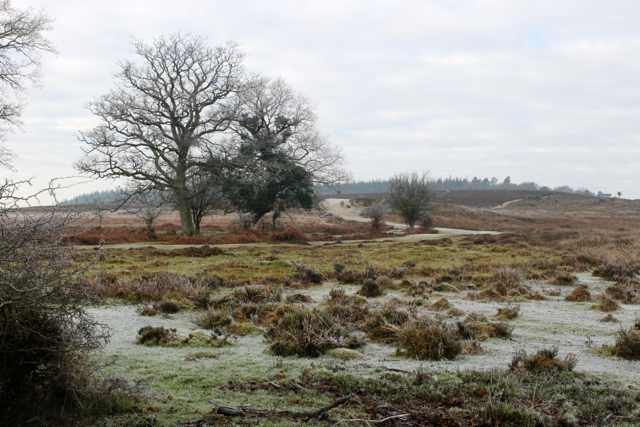 The New Forest is a stunning landscape even in the bleak wintertime.

The recent freezing temperatures have given photographers in and around the New Forest ample opportunities to capture some stunning winter images, which enhance the anticipation of the festive season to come. The carpet of frost adds a touch of sparkle to the heathland, as it stretches out into the distance under crisp blue skies. In the fields on my holding each morning, I can follow the tracks of the wild animals that have criss-crossed from fence to hedgerow and back again during the night in their search for food. Their nocturnal wanderings are recorded by the impressions they leave in the white-dusted layer upon the meadow. As my dogs follow me out into the fields to check the home-kept ponies, they display pleasure at the multitude of scents that fill the air and gallop, nose-to-ground, following the trails of the rabbit, fox and badger. The field-kept ponies are wearing their thick winter coats that fluff up in the sub-zero temperatures, providing them with a good level of protection against the cold. They even carry a layer of frost on their backs to prove how well-insulated they are. One of my daily chores is to check that they have access to water, which is provided by a field-trough that self-fills as the ponies drink. If the temperatures drop too low the trough forms a layer of ice, which prevents the ponies from drinking freely. When this happens, my task is to break the ice and remove it. However, I have seen ponies that are quite adapt at breaking ice in troughs, by striking at the frozen water with their hooves. The free-roaming New Forest ponies simply walk onto the ponds to crack the ice, in order to gain access to water. It never ceases to amaze me how the ponies are able to take long draughts from freezing cold water and yet not show any sign of discomfort.

Low temperatures and frosty weather
The low temperatures at night have been the result of clear skies, which have exposed an amazing array of stars that seem more numerous than usual. Under a bright moonlit sky, the frosted Forest landscape gives the impression that one is seeing the heathland and woods as a negative image, like in a photograph before it has been developed. Of course when the temperatures drop, the gritting-lorries appear to put salt on the roads to prevent them from freezing and causing a danger to traffic. This often has the result of enticing the free-roaming New Forest ponies onto the roads to lick the minerals that have been liberally spread over them. The ponies love the taste of the salt-deposits, and will congregate in numbers on the road to take advantage of the flavoursome bounty. Drivers travelling across the New Forest, particularly at night, would be well advised to consider this during any cold weather and drive with heightened anticipation. Indeed, there may not even be any of the usual signs to indicate the presence of the ponies, such as movement by the roadside or seeing them grazing on the verges, because they are already stood in the road ahead. However, generally speaking, prolonged periods of frost are actually good for the Forest’s habitats and wildlife. The native trees, such as beech, oak and ash, and hibernating species of wildlife, such as bats, benefit from the low temperatures by allowing them to complete the appropriate phases of dormancy; and while much of nature sleeps at this time, those of us who do go out and about in the cold of the frosts get to appreciate the scenic beauty of a fabulous winter landscape. 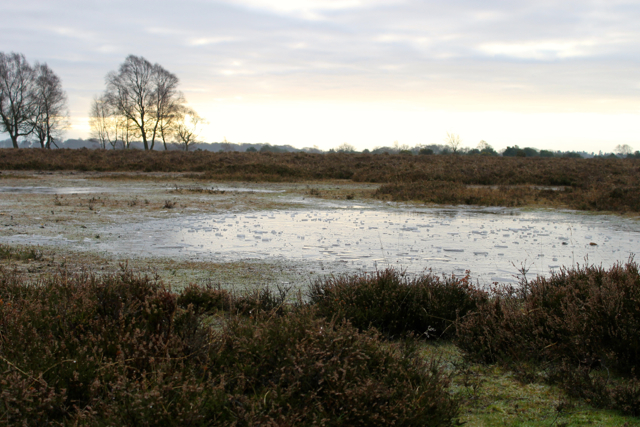 The New Forest ponies break the ice on the ponds with their hooves to access water.