Posted on November 27, 2016 by newforestcommoner

One of the most important pieces of art ever inspired by the New Forest was a painting by Lucy Kemp-Welch (1869-1958), entitled ‘Colt Hunting in the New Forest’. This painting was exhibited at the Royal Academy in 1897, when she was only 26 years old. It was an impressive canvas measuring 1537 x 3060 mm (approximately 5ft x 10ft) and was described as depicting ‘a wide glade in the forest, along which race a number of colts unwilling to relinquish their liberty and to fall into the hands of the four mounted lads who try to catch them’.[1] Lucy Kemp-Welch was born in Bournemouth, in 1869, and spent much of her time wandering in the New Forest, where she ‘personally studied the wild ponies in this pleasant part of England’.[2] Her love of horses and wild ponies remained with her all her life. In order to capture the energy and excitement of the pony drifts for ‘Colt Hunting’ she actually had the full-sized canvas transported to the Forest, where she sketched from life, as the commoners galloped their ponies past her. When the painting was exhibited at the Royal Academy it caused a sensation and was promptly purchased for £525.00.[3] The buyers were trustees of the Chantrey Bequest, who administered a large sum of money left in the will of Sir F. L. Chantrey to obtain works of art by British artists, in order to create a national collection. It was only the third time, since its creation in 1875, that the Chantrey Bequest had purchased artwork by a woman. Lucy Kemp-Welch became a celebrity overnight.[4]

Colt Hunting in the New Forest
In the same year that Lucy Kemp-Welch exhibited ‘Colt Hunting in the New Forest’, the Tate Galley was built and her painting was transferred to this new, public collection. However, ‘Colt Hunting’ was immediately archived and has never been publicly exhibited. Indeed, there are rumours that the Tate Gallery loaned the painting to the Royal Academy during the Blitz ‘in the hope that the Luftwaffe’s friendly bombs might rid them of this monstrous woman’s work for good’.[5] It is difficult to conceive of the prejudice against women in the late Victorian period and early 20th century, particularly women such as Lucy Kemp-Welch, who stepped out of the roles proscribed to them by a patriarchal society.[6] Her sympathies for the suffragette movement certainly didn’t endear her to the male-establishment figures that controlled the art world. She nevertheless continued to paint and made a successful, and award winning (Paris Salon) career as an artist. It was Lucy Kemp-Welch who brought ‘Black Beauty’ to life in the 1915 edition of Anna Sewell’s novel, and who created the famous WW1 recruitment poster Forward! Forward to Victory – Enlist. When she painted works for the Royal Artillery in 1916, she had eight batteries of horse-artillery charge past her at her easel to capture the movement at close quarters. Her life as an artist was dedicated to capturing horses in all forms of occupation, from galloping polo ponies in a chukka to the last horse-launched lifeboat battling the foaming surf. However, many viewed her work with scorn and if you don’t recognise her name among the list of great British artists, it’s probably due to the artistic snobbery that her work has attracted.[7] She died in Watford on this day (27th November) 1958. 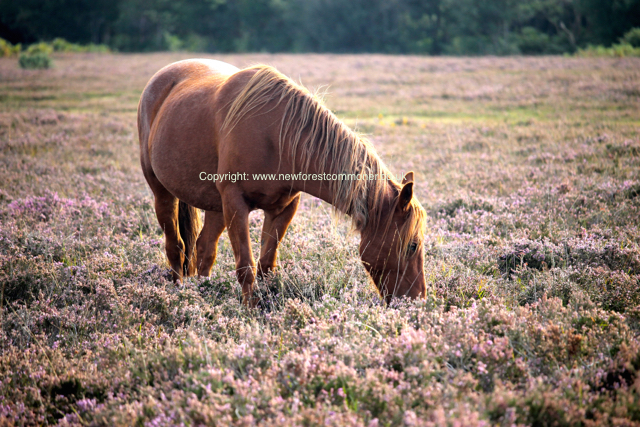 Lucy Kemp-Welch spent much time in the New Forest studying and sketching its ‘wild’ ponies.