Posted on October 25, 2015 by newforestcommoner

Cattle on the New Forest are accustomed to motor vehicles, especially when they’re used to dispense hay.

Being a commoner is never dull. My commoning friends not only share their adventures with me but also, on occasion, provide me with opportunities to have a few of my own! I was visiting a friend and fellow commoner recently when we decided to go out on the Open Forest to check on some ponies. The weather was fine and, although it had been raining heavily earlier that day, visibility was generally good. We managed to find most of the animals we had set out to look for and began to make our way back to the comfort of the farmhouse kitchen and a well-deserved mug of tea. However, first we needed to make a small detour. My friend wanted to check some cows in one of their fields close to the holding. They hadn’t been seen that day and there was a worry that they may have got out. The field in question was large and also situated on a very steep slope. The cows were nowhere to been seen and we thought that, chances were, they’d be grazing at the very top of the field, out of sight over the rise. We agreed that it would be too much effort to walk up the hill to find them and so decided to drive, to save our legs.

Skillful 4×4 driving
Getting up to the top of the hill on wet grass and muddy soil required a bit of welly on the accelerator pedal but with some skillful driving and the four-wheel drive engaged we managed to get to the top. The cows were all there, beyond the crest of the hill, and very fine specimens of bovine beauty they were too. However, they soon became rather excited on seeing us and began to surround the car. My friend explained that the cows were accustomed to being fed hay from the back of the vehicle and obviously thought that’s what we’d come to do. This posed a bit of a problem getting out of the field because the cows were expecting fodder and would consequently follow the vehicle. We needed to get the car out of the field but without letting the cows out. So we hatched a cunning plan. We would drive down the hill as fast as we could, stop at the bottom, I would jump out and open the gate, the car would drive through and I would shut the gate before the cows got to the bottom of the hill. On the count of three off we went.

Racehorses with horns!
Now, no one told me that cows can run, and I mean ‘run’. They moved as quickly as racehorses with horns! The car sped off down the hill with a herd of twenty beasts galloping in hot pursuit. The bottom of the hill was getting ever closer and I was poised in the passenger seat ready to jump out to open and close the gate. I felt the brakes being firmly applied and knew that I had seconds to act but the car just kept going. With brakes fully applied we slid in thick mud through the gate, pinging it wide open, and out the other side. The cows were still coming. I jumped out and closed the gate in time. I can’t remember how long we laughed about it. I think we were still laughing when we had to lift the gate off its hinges to put it back on the correct side of the fence posts. Even though it had a slight bow in the middle it closed properly. The cows looked a bit put out though. We nevertheless dried our eyes and then went off to wet our whistles with that promised mug of tea. 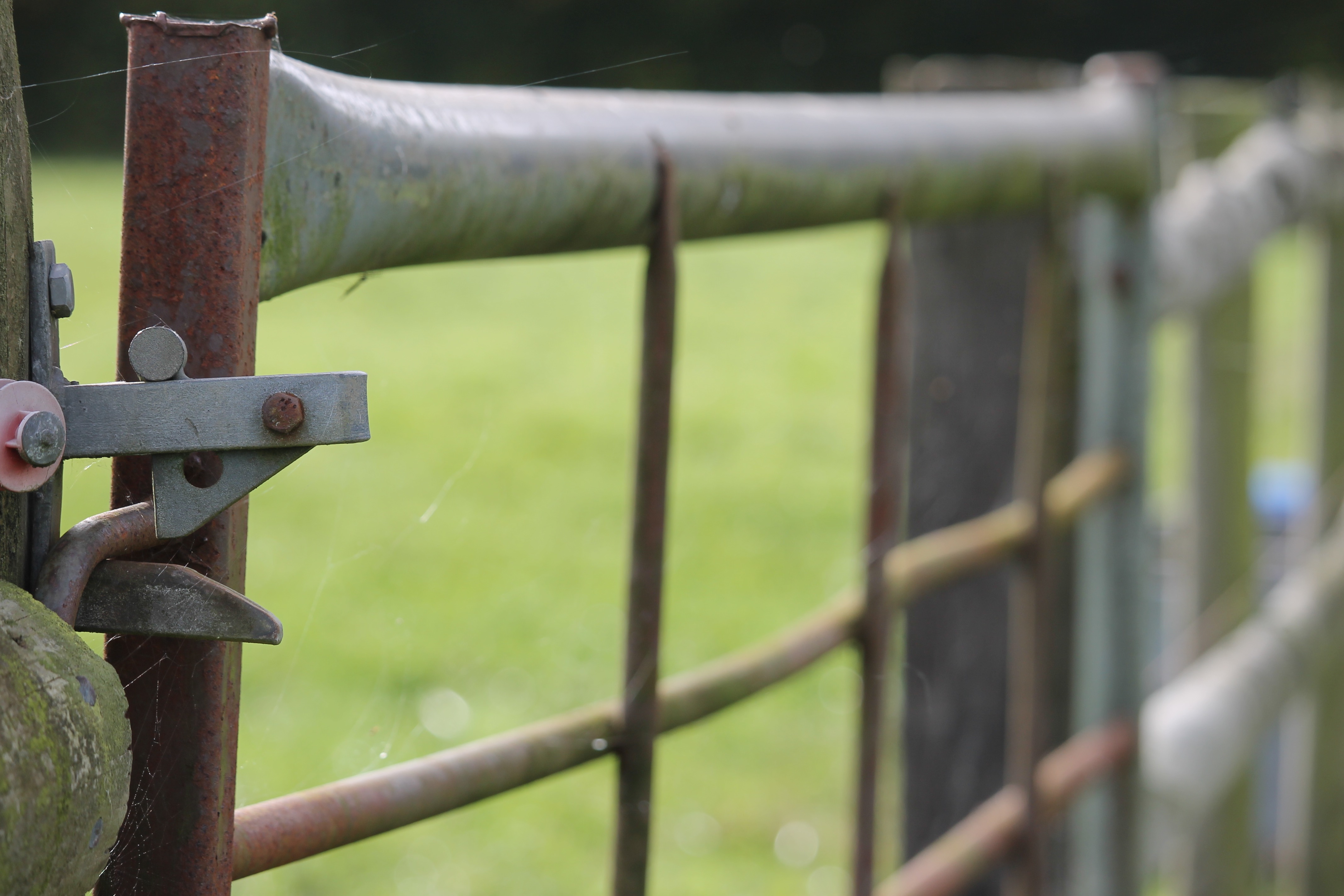