Posted on September 21, 2015 by newforestcommoner 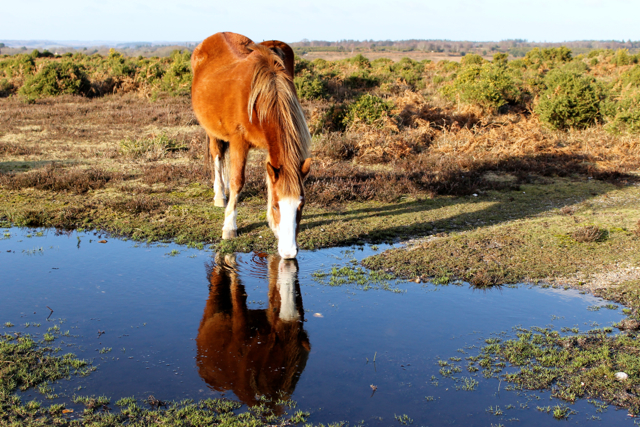 Colt pixeys were said to take on the form of horses to lure New Forest ponies into the bogs and mires.

I recently visited the house of a fellow commoner and noticed that outside the front door dangling from a cord was a collection of flint stones. Each stone had a hole in it through which the cord was threaded. Upon enquiry I was told that they were ‘hag-stones’ and were hung there to protect the home and its occupants from witches and witchcraft. These holey-stones are also believed to represent a portal between the physical and spiritual world and if you look through the hole in the stone by the light of the full moon it is said that you will see supernatural creatures, including fairies, elves and witches. The New Forest has had a tradition of magical-beings in residence since at least Anglo-Saxon times. Some Forest place names even refer directly to their mysterious residents, such as Cold Pixies Cave, on Beaulieu Heath, which probably would have originally been named ‘Colt’ Pixies Cave. Victorian cartographers, who mapped and recorded the locations of interest across the New Forest often misheard, misspelled or, indeed, changed the names of many places. A colt-pixey was a mischievous imp that could take on the shape of a horse and lure the Forest ponies into the bogs and mires. Towards the end of the eighteenth century it was recorded that the proverb ‘as ragged as a colt Pixey’ was popularly used on the Forest.

Elf-shot ailments and cures
The Anglo-Saxons widely believed that illness and other physical ailments, such as rheumatism or sudden cramps, could be caused by invisible elves shooting arrows at their victims. Elf-shot was treated by the use of herbal remedies, particularly from plants with arrow-shaped leaves such as feverfew (tanacetum parthenium) and waybread (plantago maior). In the case of elf-shot cattle and horses, marking parts of the afflicted animal’s body with religious symbols and using tools upon which extracts of Holy Scripture were then engraved was the recommended treatment. According to Bald’s Leech Book, written in about the ninth century, ‘If a horse be elf-shot, then take the knife of which the haft is the horn of a fallow ox and on which are three brass nails, then write upon the horse’s forehead Christ’s mark and on each of the limbs which thou mayest feel at: then take the left ear, prick a hole in it in silence, then strike the horse on the back, then it will be healed. And write upon the handle of the knife these words – ‘Benedicite omnia opera Domini dominum.’ Be the elf what it may, this is mighty for him to amend.’

Sprites, fairies and witches
When the residents of the New Forest had got a ‘touch of Laurence’ it was said that they were under the spell of a fairy sprite who made them idle. Puck, who originated in Celtic folklore but gained notoriety as Shakespeare’s ‘shrewd and knavish sprite’ in ‘A Midsummer Night’s Dream’, was also believed to reside in the area. Places such as Puckpits Inclosure, near Lyndhurst, are named after him. According to John Wise (1883) ‘this tricksy fairy, so the Forest peasant to this hour firmly believes, inhabits bogs, and draws people into them, making merry and laughing at their misfortunes.’ The witches of the district, if Mary Dore was anything to go by, were quite benign and were regarded by many Forest inhabitants with affection. Mary lived near Beaulieu in the late 1600’s to early 1700’s and was said to only use her magical powers to extricate herself from danger. According to witnesses she could turn herself into a hare, or even a cat, to evade capture after going out on the forest to steal wood; a habit to which she was apparently addicted. No one, it seems, would have used flint hag-stones to keep her at bay. In fact, it is said that Old John, the 2nd Duke of Montague, who had some partiality to the lady paid for her funeral. 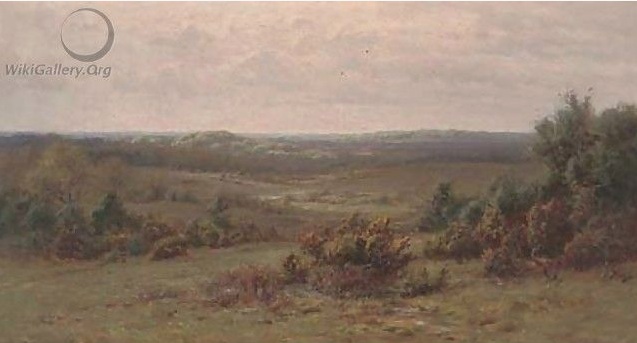