Posted on July 6, 2015 by newforestcommoner 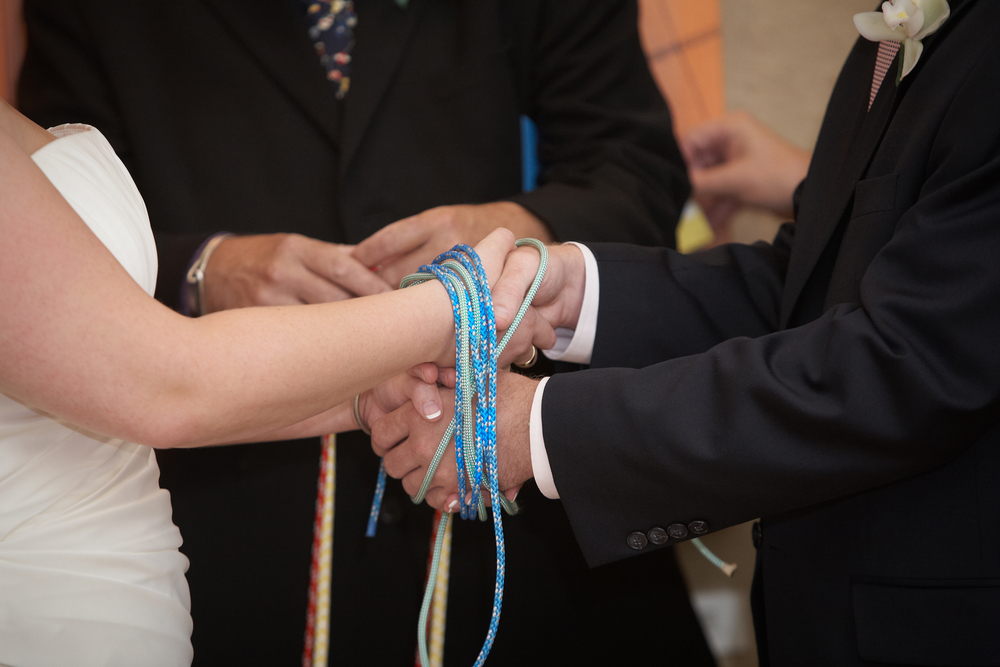 The origins of hand fasting ceremonies have been lost in time but are increasing in popularity with modern couples.

Recently I was invited to a hand fasting wedding ceremony that took place within a leafy glade in the New Forest*. The weather was perfect, as dappled sunlight showered through the canopy of beech, ash and oak trees. A gentle breeze wafted the smell of newly cut hay from the nearby meadows, while woodland butterflies danced among the guests and settled on the happy couple as they exchanged vows to one another. The bride, with wild flowers weaved into her hair, looked like a beautiful sylvan nymph and the groom her proud Oberon. It was my first introduction to a form of spiritual union whose origins have been lost in time.

Marriage, as an institution, has ancient roots but was initially the preserve of the aristocracy and wealthy. In times past weddings had nothing to do with love but were all about economic or political gain and legitimating offspring. The marriage contract was a way to make strategic alliances, increase wealth, secure power, and establish a dynasty. It was the Victorians, by rediscovering the ideals of medieval courtly behaviour and chivalry, who first suggested that love was a necessary ingredient for marriage. The flourishing of art, poetry and literature during the Romantic Period encouraged this belief. Queen Victoria herself always referred to her union with Prince Albert as a ‘love-match’. Indeed, many of the customs and practices in conventional wedding ceremonies are Victorian inventions and fashions that we have been encouraged to follow ever since.

However, the 1995 blockbuster ‘Braveheart’ has influenced a more recent and increasingly popular trend. In the film William Wallace (died 23 August 1305), played by Mel Gibson, marries his true love Murron in a hand fasting ceremony. Little is know about the origins of hand fasting but it while it is assumed to pre-date Christianity most of what we know comes from the Middle Ages. The Anglo-Saxons used the notion of hand fast as ‘a formal promise to make a contract’, usually in the form of a betrothal ceremony that would take place prior to marriage. The Old Norse word ‘handfesta’ meant ‘to strike a bargain holding hands’. In either interpretation hand fasting is a binding commitment between two people. Hollywood of course has taken this a step further and now hand-fasting ceremonies are indistinguishable from actual the marriage service.

Hand fasting though is not legally binding and my friends were actually married earlier in the week in a formal service, but I’m certain that it wasn’t as much fun. Those assembled in this scenic tableau were able to take part in the ceremony as well as to witness the joining together of two people who truly loved one another. The joining was quite literal too. The celebrant conducting the ceremony tied their wrists and hands together using threads and talismans that had significance to the couple. This is perhaps where the well-known expression ‘tying the knot’ comes from.

*The correct permissions were obtained prior to the ceremony. 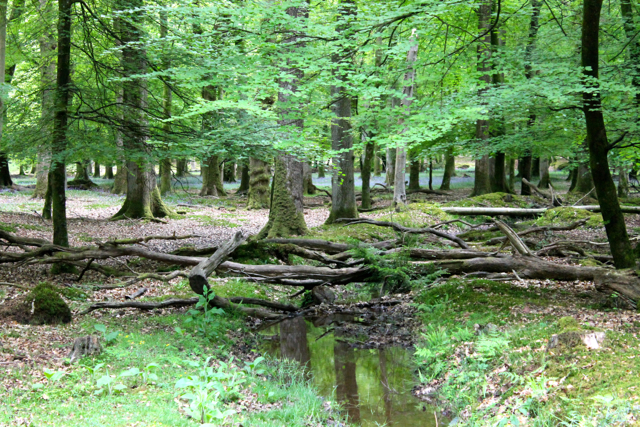 The New Forest is a place of mysticism and spirituality as well as scenic beauty.