Posted on June 22, 2015 by newforestcommoner 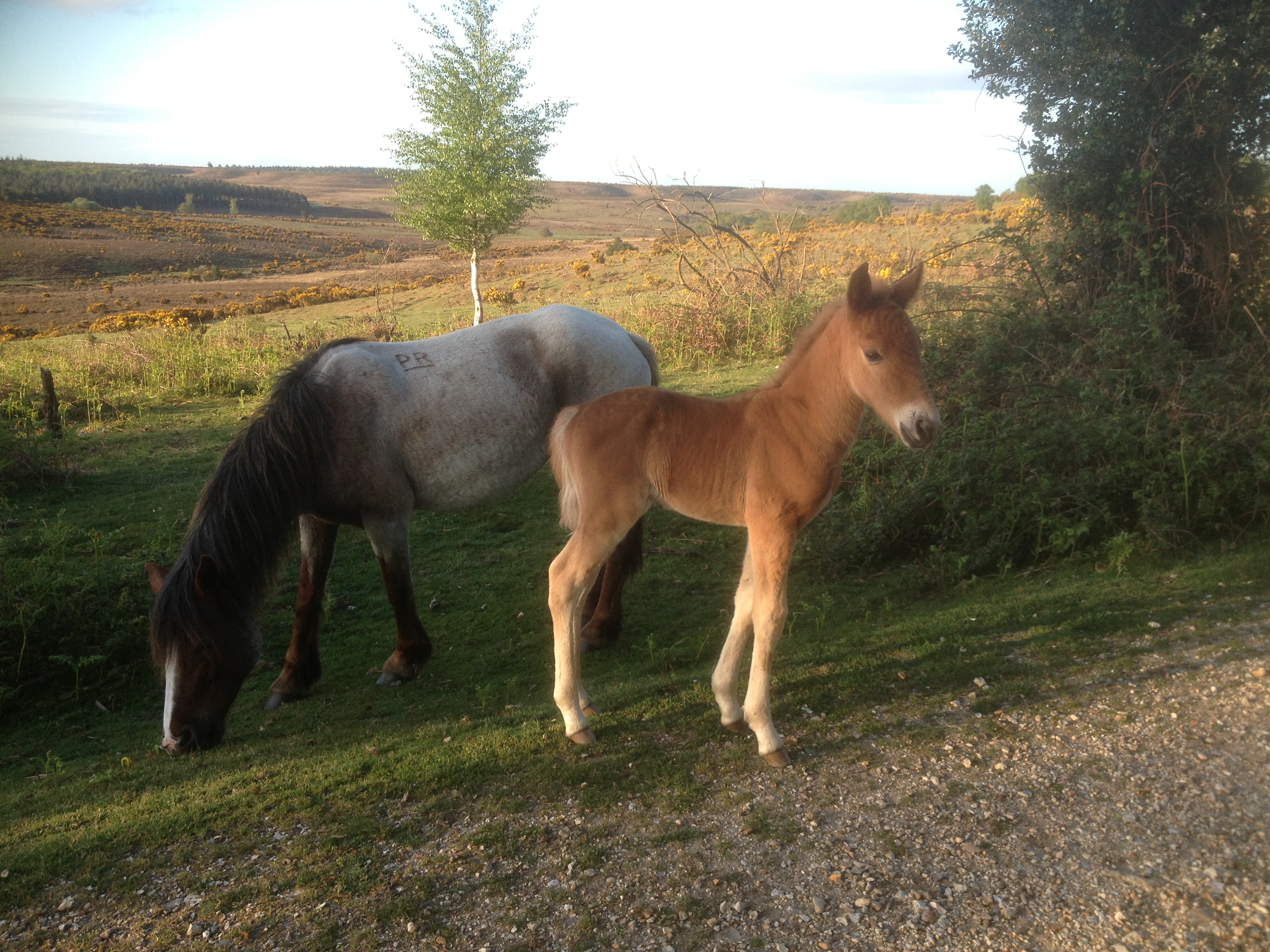 The foals born on the New Forest are one of its most popular attractions according to tourist surveys.

Regular visitors to the New Forest will, hopefully, by now have had a chance to see some of the pony and donkey foals that are currently to be found roaming on the Open Forest. They are charming little additions to the herds of commonable stock and are regularly cited as being one of the main draws to the area by tourists when surveyed. Even the cattle that are turned out may have a calf or two in their midst. However, other baby animals are also present on the Forest at this time of year, but many – particularly the deer fawns – are not to be seen as easily.

Deer species
The New Forest is home to five species of deer – red, fallow, roe and the elusive muntjac and sika. Only the red and roe deer are native species, whilst the others have been introduced to Britain at one or other time in history. The fallow deer were brought over by the Normans during mediaeval times and are now considered naturalised. Muntjac and sika deer are Asiatic species that were introduced to Britain during the late 19th and early 20th centuries. All New Forest deer species give birth in the period between May and June except the muntjac, which breeds all year round.

Does and fawns
The does will leave the fawns for long periods of time while they go off to feed, returning a few times a day to suckle their offspring. For the first few days after they are born the fawns will freeze if approached, as a natural defence strategy. Only after about a week will the fawns flee from danger. This is a critical period for these baby animals and, if discovered, the fawns should not be approached or handled. It is important to stay on footpaths and keep dogs under control during this time to reduce the risk of disturbing them. At about a month old the fawns will be able to venture out to forage with their mothers.

Protected by officers of the Crown
It is the Forestry Commission who are responsible for the management of deer on the New Forest. This is a legacy from the time dating back to its creation in the 11th century when the New Forest was preserved for royal hunting. The deer were once ‘beasts of the chase’ and maintained and protected by officers of the Crown for the king and his court to hunt. Over the centuries the protection of deer made way for the production of timber, but even so Crown officials remained in control of all matters relating to deer. Deer are classed as wildlife, and not commonable stock, for which the Verderers are responsible. So, any incidents or accidents involving deer should therefore be reported to the Forestry Commission. (For sick or injured deer, ring the Forestry Commission on 0300 067 4600. For sick or injured ponies, cattle, donkeys, pigs or sheep call 02380 282052 during normal office hours, or 02380 283141 at other times.)

The New Forest is home to five species of deer – the red, fallow, roe (pictured) and the elusive muntjac and sika deer.