Posted on November 25, 2014 by newforestcommoner 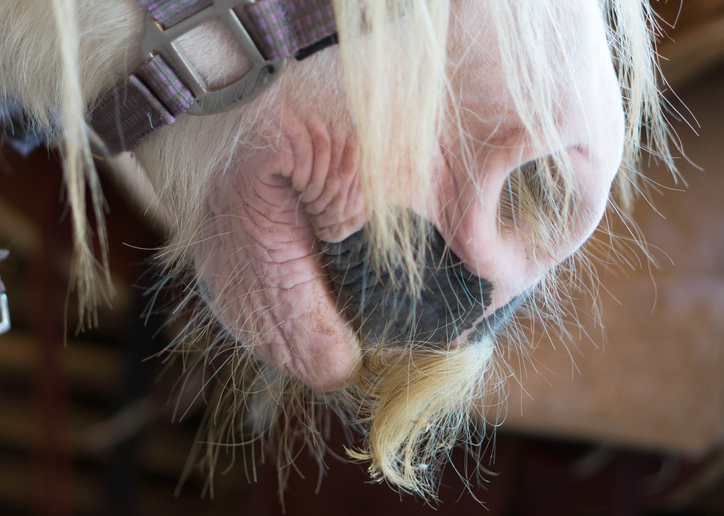 Pony moustaches can be quite noticable and occur in mares, geldings and stallions.

I was in the pub recently watching the rugby (November 2014). Many of the players in the England squad were sporting moustaches, in support of ‘Movember’, to raise awareness of prostate cancer. As I looked around the room there were a few other men who were also using the thirty days of November to grow a moustache. There were some very fine examples on display, from the real hairy caterpillar mouth-brow styles, to the pencil-thin face-stiletto types. Movember has certainly given the moustache a new style of credibility and place in modern fashion.

Pony-mo
In past times many New Forest ponies also sported moustaches during the winter months. The hair on the upper lip, and sometimes on the lower one too, was very noticeable and occurred on mares, geldings and stallions alike. On some ponies the moustache could grow as long as 3 inches (7.5cm) and gave them a somewhat comical appearance. However this facial hair was entirely practical, rather than fashionable, and was a natural adaptation that occurred due to the ponies’ winter diet of holly and gorse. The ‘pony-mo’ provided some protection when they browsed the prickly spines of the shrubs. Gorse is a member of the legume family and is related to peas and alfalfa. It is highly nutritious, but like holly is somewhat difficult to eat. It is an important source of food during the winter months when there is no nutrition in the grass. Their preference for eating gorse has given the ponies the nickname of ‘fuzz toppers’ by the commoners.

Pony-tache
Unfortunately many potential buyers considered a moustache to be a sign of poor breeding and so it became an undesirable feature of the New Forest pony. By the middle of the 20th century it had begun to fade and very few ponies roaming the Forest could be seen sporting a ‘tache’. Even today it is an unusual sight. However, equine moustaches are thought not to be linked to breeding at all but rather to lifestyle. Older commoners recall ponies brought in off the Forest who, living on a diet of meadow grass, feed concentrates and hay, had lost their taches within two or three years. Indeed, improvements in welfare standards and changes to management practices of the free-roaming stock by the commoners, such as removing foals during the autumn to winter off the Forest, are thought to have had far more of an impact in reducing the occurrence of pony moustaches than selective breeding has. As if to prove that the moustache was a temporary feature, one prizewinning New Forest stallion had a more novel way of removing his ‘pony-mo’ in the summer. He simply rubbed it off on his manger.

Gorse is an important food source, particularly during the winter months, and it is believed that many New Forest ponies developed moustaches in order to gain protection from the shrubs vicious spikes.