Unusual tails from the New Forest

Posted on October 4, 2014 by newforestcommoner 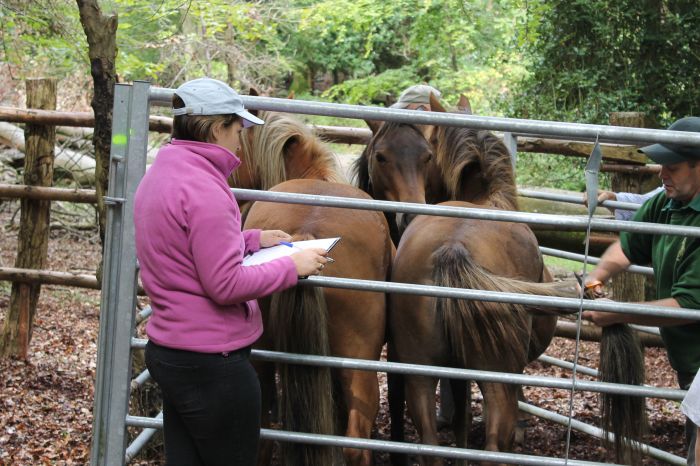 The Agister cuts the pony’s tail, and it is recorded that the owner has paid their marking fee.

Attending the annual pony-round ups, known as drifts, is an important part of a New Forest commoner’s calendar. The drifts were ordered to take place each year fifteen days after Michaelmas, by Henry VIII in 1540, and continue more or less in the same format to this day. They occur in every part of the Forest, generally from late summer until late autumn and are fast paced events conducted by the Agisters and commoners mounted on horseback. The ‘wild’ ponies are herded together and gallop at full pelt, often in large numbers, towards the pound where they will be channelled by commoners on foot. The pound is a permanent timber structure, which resembles the type of stock pen or corral one might see in a cowboy film, and are situated all over the New Forest. Once the ponies are caught in the pound they are selected for processing and herded in small groups, one-by-one, towards the Agister.

Marking the New Forest ponies
The Agister works with the selected ponies in a chute or small pen and has the job of either worming, fitting florescent collars, or removing them according to the requirements of the commoner owning the pony. Ponies that are sold unhandled, straight from the Forest, generally do not fetch much money so many commoners prefer to take their ponies’ home for handling and schooling prior to sale. Each pony that is to be released back on to the Forest is given a quick health check and set free. However, all ponies that are let loose again will have their tails cut by the Agister, using scissors, to show that the owner has paid their annual fees. The marking or grazing fee (currently £24.00/October 2014) is payable for every single pony turned out on the Open Forest. Each Agister has a distinctive way of cutting the tail, which indicates the area or ‘beat’ of the Forest he is responsible for, which could roughly be interpreted as north, south, east and west. The tails are cut either in three jagged steps to the left or the right, in cuts on both sides half way up the tail, or with one incision half way up the tail to the right.

Thereby hangs a tail!
Although they are often called ‘wild’, the ponies would be better described as semi-feral. The Agister works quickly to minimise the stress on the ponies, some of which will have hardly been handled before. Once the ponies have been processed they are released from the pen. Oddly many do not gallop away but instead, particularly the older mares, seem to know the pack-drill and understanding that their manhanding is over simply saunter off. It is curious to watch them wandering back to the Forest in small groups all sporting very unusual-looking tails. It does make one wonder what kind of a barber the Agisters would make! Journeying around the New Forest is always a pleasure, no matter what time of year, but during the drift season it is always interesting to spot the ponies that have been caught in the round ups and those canny animals that have evaded capture. How can one tell? Why, by their tails of course! 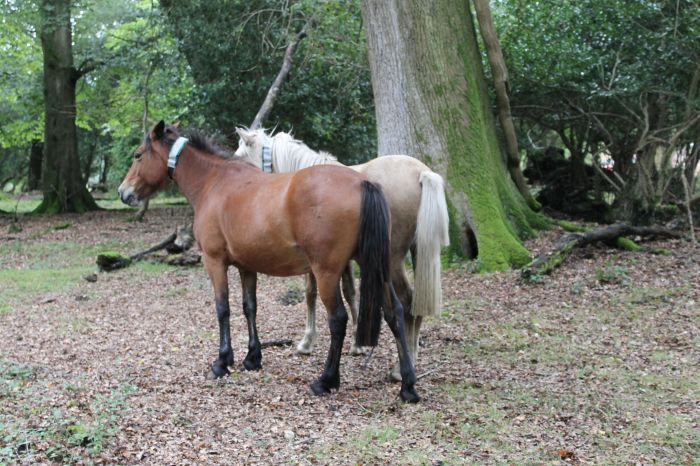 Ponies’ tails are cut or ‘marked’ to show their owner has paid their marking fees.