Posted on December 21, 2015 by newforestcommoner 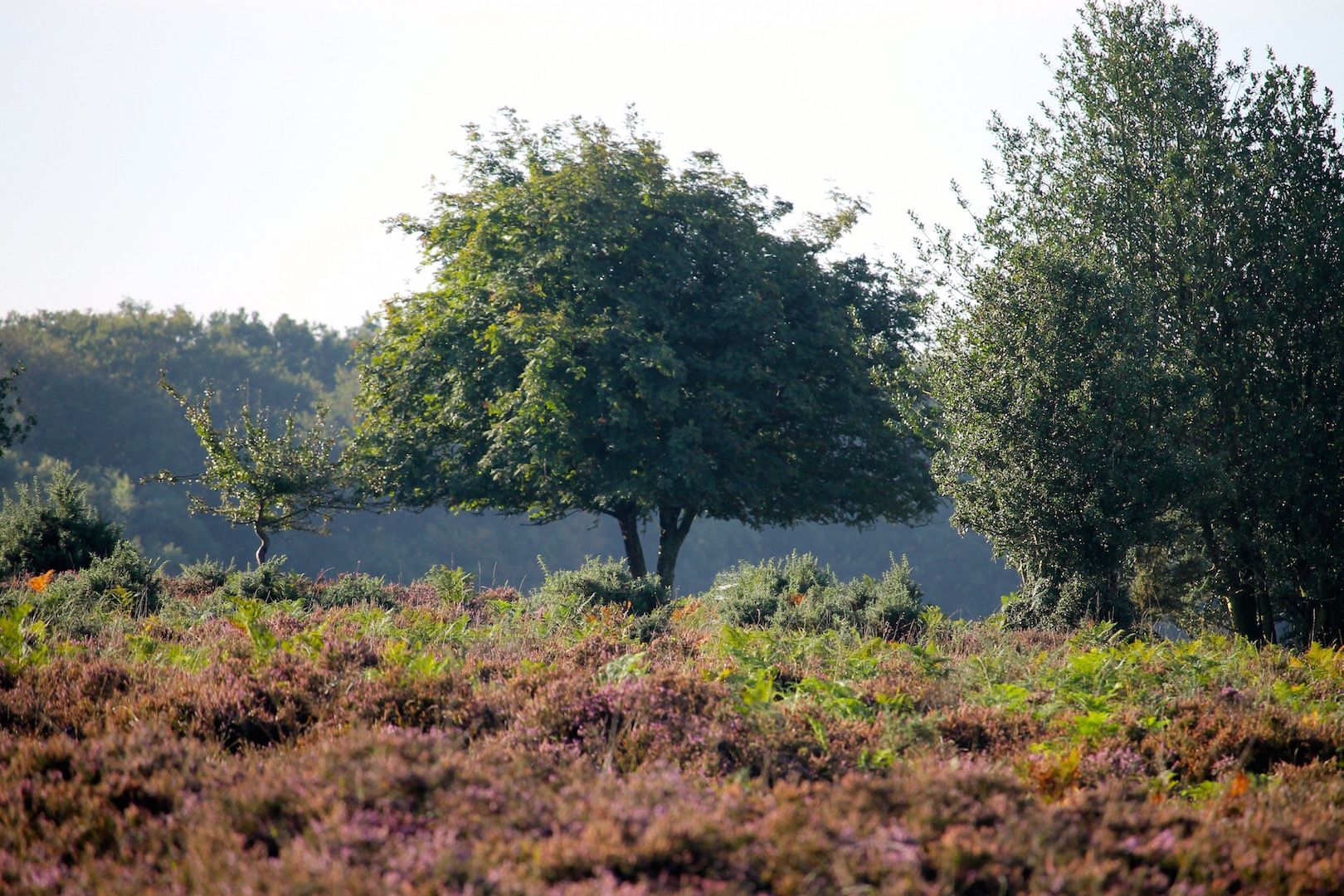 Many trees on the New Forest have a distinct ‘browse-line’, over which ponies cannot reach.

Last month (posted December 2015), as I made my way into the New Forest to check on my free-roaming ponies, I came across several contractors harvesting holly for the Christmas trade. This winter activity has long been a legitimate part of commoning and has always been a ‘ticket-of-leave affair’ regulated by the Forest authorities. In times past the holly would be sent up on the train, from places like Fordingbridge railway station (which closed in 1964), to London to be sold to the retailers for decorating their stores. It was a sign that Christmas was coming. According to one Victorian eyewitness; “many of the butcher’s shops in London owe their brightness at the festive season to the New Forest, to the mutual advantage of butcher and forester.” But this seasonal colour was not just reserved for the London shops. In 1892 Lyndhurst shops were described as,

Just now wearing a very gay and seasonable appearance, many of the shops being decorated, amongst them the butchers seem determined to keep up their prestige. Mr. J. Strange has a splendid display; Mr. Taverner has also a capital show, their shops being tastefully decorated with holly and ivy.’

The celebrations at the New Forest Workhouse Union, Lyndhurst, would be reported in the newspaper each Christmas, which one year commented on the particularly striking use of Forest evergreen as ‘being prettily decorated, the adornments presenting a fresh and bright appearance.’ Harvesting the evergreens was also an important source of income, particularly for the New Forest Gypsies, who ‘know well to cut the best berried branches early before the birds spoil them.’

A flock of seagulls or a herd of ponies?
As I watched the contractors cutting the holly I could see herds of ponies following on behind like so many flocks of seagulls after the plough. The ponies were taking advantage of the fallen foliage and leaf scraps for a quick and easy meal. They were doing a great job of hoovering up where the men and the trailers had been. Holly, like gorse, is a prickly meal but one that the free-roaming ponies will eat over the winter when there’s not a lot else growing. However, not all holly leaves are prickly. If you stand under a holly tree and look up you will see that above the browse-line, the point where the ponies cannot reach beyond, all the leaves of the holly are smooth. It was these leaves that were being dropped by the men and were being eaten by the ponies. The ponies must be familiar with this curious aspect of human behaviour because as soon as they spied the vehicles and trailers making their way down the tracks, the ponies began to follow behind just as sure as if someone had rung a dinner bell. The lucky ones who managed to get there first and tucked in for the feast must have felt that Christmas had come early! 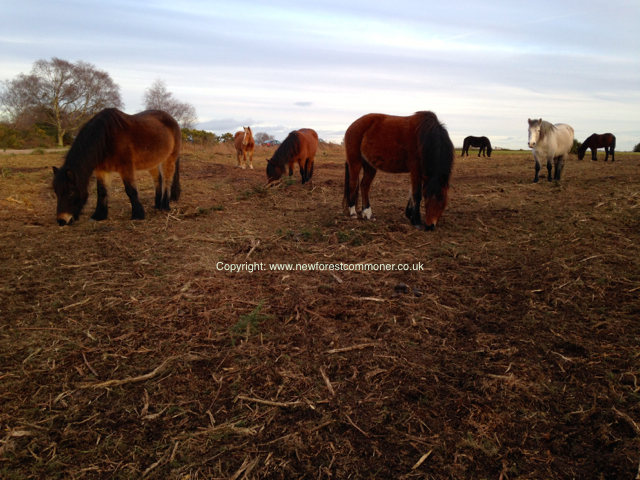 Traditional healthland management practices are appreciated by the ponies who benefit from the cutting and harvesting activities.

Please note: Only contractors licensed by the Forestry Commission are permitted to cut and remove holly (and other vegetation or herbage) from the New Forest.