New Forest: that’s what pony friends are for!

Posted on July 20, 2015 by newforestcommoner 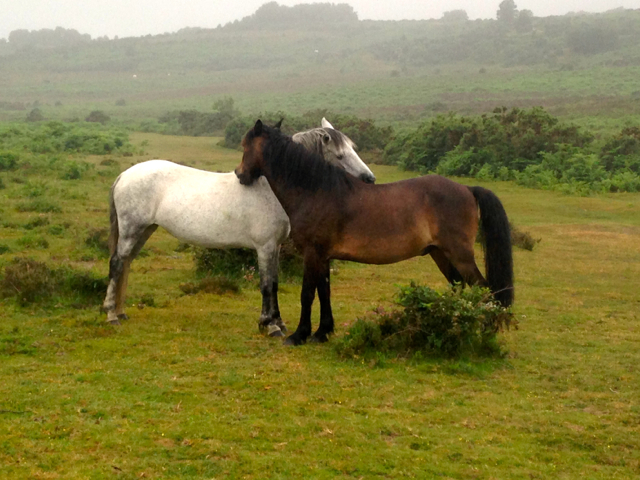 If you have been out on the New Forest recently (July 2015) you may have noticed that the free-roaming ponies seem to be doing a lot of ‘mutual grooming’. Two ponies will stand next to one another and scratch or nibble each other, usually at the base of the neck or on the withers, with their incisors. This co-operative behaviour, which is exhibited in all sorts of animal species, is also known as ‘allogrooming’. (Think about monkeys who will spend inordinate amounts of time picking through the fur of another troop member.) It is not an activity that is necessarily associated with courtship because the individuals that participate can be of the same sex. Many scientists believe that such behaviour, especially in feral pony herds, is actually a social ritual that alleviates tension and cements relationship bonds within the herd. In fact some studies have even demonstrated that mutual grooming reduces the heart rate of the recipients indicating that there may even be a ‘feel good’ factor involved.

Mutual grooming
The foals that have been born on the New Forest will begin to exhibit mutual grooming behaviour within a few days of birth. They will groom with their mothers, siblings or other foals. This behaviour suggests an instinctive necessity to form bonds with other herd members and the desire for the newborn to establish its place within the social hierarchy. By developing such social attachments early on the foal can be assured of a ready support structure within the herd. Mutual grooming is an activity generally reserved for preferred partners and it is these preferences for grooming with ‘friends’ that has demonstrated how ponies can differentiate between herd members and remember them. This may also explain why horses and ponies will often display separate behaviour towards one human than another. One of my ponies, for instance, is always on its best behaviour for me (in fact I think that he is an absolute star) but is a complete mickey-taker with a friend of mine (who has an entirely different description for him)! Ponies do seem to have the ability to show favouritism even among humans.

Herd strategies of cooperation
Another strategy that depends upon co-operation between the New Forest ponies is that of getting rid of the irritating nuisance of summer flies. The ponies will often stand alongside each other but face in opposite directions. They each benefit from the tail of their companion to swish away the flies from their own faces. The foals, of course, only have short fluffy tails and so stand close to their mother’s tails to receive relief from the airborne pests. Some foals will even stand directly underneath their dams’ tail just to make sure that they get the full benefit! Scientific study has observed that the ponies living in a herd environment receive significantly fewer insect bites than their solitary-living domestic counterparts. However, the level of co-operation between individuals in a herd situation relies upon the strength of their social bonds and friendships, which makes mutual grooming all the more important. 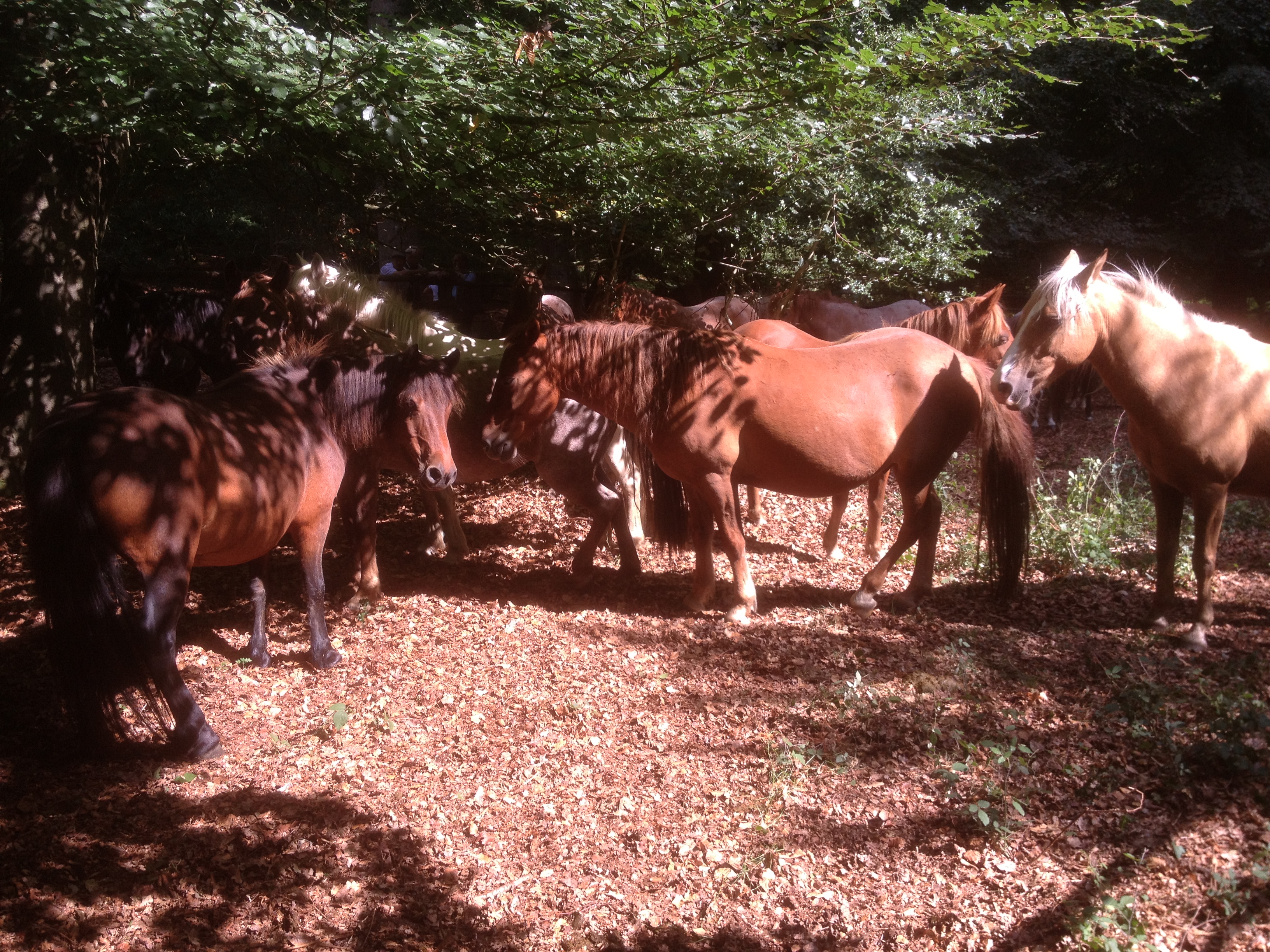 The New Forest ponies co-operate to reduce the plague of flies by using a partners tail to swot flies.