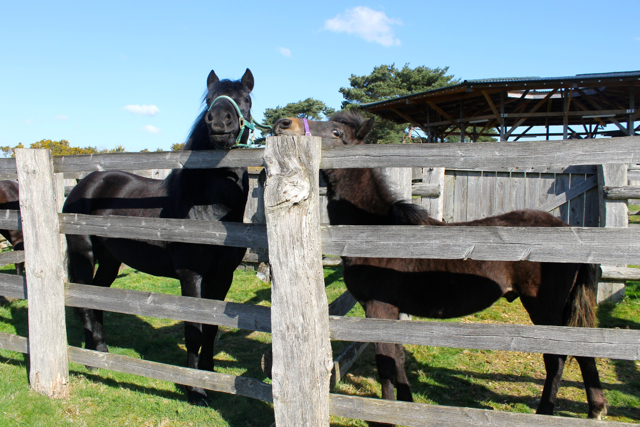 The inspections are for colts and stallions between two years and five years of age.

I recently attended the annual New Forest stallion inspection, held at the Beaulieu Road Sales Yard, where the next generation of pony sires were selected. It was an interesting process to witness and the colts and stallions that were presented for inspection, aged between two and five years old, were very impressive looking animals. There are actually two inspections going on, which occur simultaneously, conducted by a joint panel consisting of representatives from the Commoners’ Defence Association, the Verderers of the New Forest and the New Forest Pony Breeding & Cattle Society. The Verderers inspect and select the stallions that are offered for use on the open forest with the free-roaming mares, whilst the New Forest Pony Society is responsible for the licensing of all New Forest stallions, whether for use on the forest or at stud.

The colts and stallions were brought, one by one, into a show ring that had been set up next to the main sales ring, where the regular pony sales are usually held. The judges viewed them at walk and trot as their owners led them about. The ponies were then let loose so that the judges could see them moving freely around the ring. As well as judging the pony’s movement, the panel were also looking at its confirmation and the overall impression of each colt or stallion. Temperament is very important in the selection process and any sign of aggression in the animal is deemed to be a failure. Only the best animals are selected for breeding to ensure that the high standards of the breed are maintained and passed to the next generation of New Forest pony.

The colts or stallions selected for breeding on the Open Forest enter the Stallion Scheme. Up to 30 stallions are in the scheme and live in a bachelor herd on a specialised holding in the Forest. However, only 10 stallions are chosen each year to run with the free-roaming Forest mares during a four week period in the late spring and early summer. Choosing the rotation and location in which stallions go out is a delicate balancing act that demands careful consideration. Having a wide selection of stallion bloodlines to choose from ensures that the New Forest pony gene pool does not become too limited. But restricting the number of stallions permitted to breed on the open forest ensures that fewer foals are born, which in turn means that the demand for ponies can be maintained and that the wild mares are not exhausted by constant breeding.

The pens at the Beaulieu Road yard were filled with colts and stallions waiting their turn for inspection. Visitors were able to wander around and view the ponies before the inspection began. The noise of loud neighing and snorting from of dozens of full male animals filled the air, adding to the general atmosphere of horsey activity. Whether drawn by curiosity or lust, I do not know, but mares from the surrounding heathland soon began to appear. Within no time at all a column of mares quickly formed and made their way slowly but purposefully towards the yard. I had to laugh, because as I watched their steady progress they had all the appearance, from where I was standing, of an orderly queue! 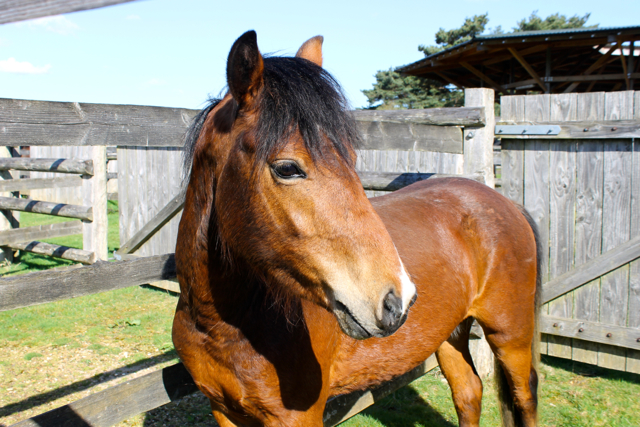 A thorough selection process ensures that the high standard and quality of the New Forest pony breed is maintained.

More informatio can be found at the 2015 Stallions Inspection Report.