Posted on January 12, 2015 by newforestcommoner 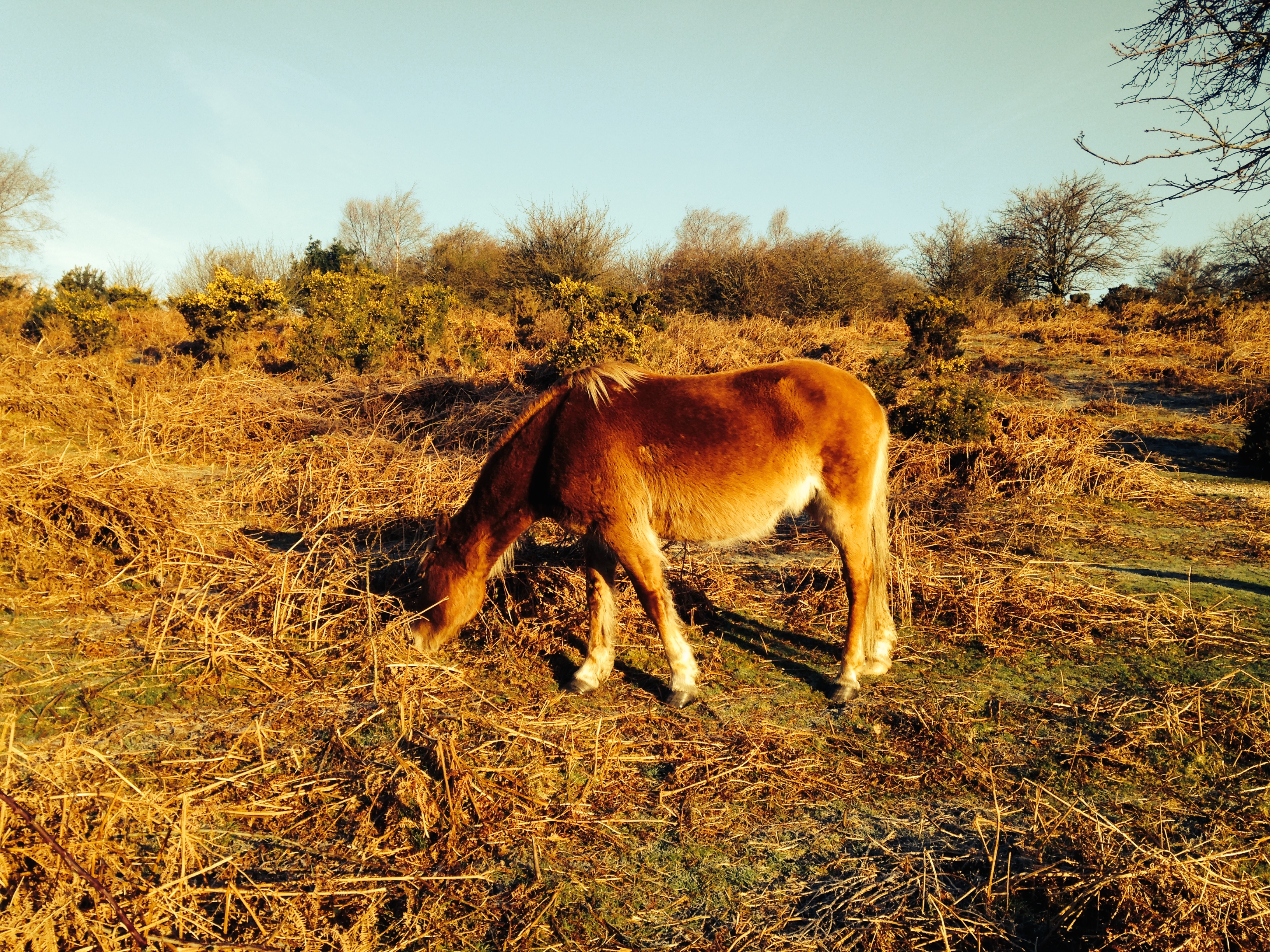 Even in the bleakest winter weather New Forest ponies will happily to fend for themselves.

My ponies have gone back out on the Open Forest (January 2015). For a while now they have been indicating that they have had enough of being kept on the holding. They have seemed restless and impatient to be back out roaming free on the heathland, woods and lawns. When the cows they were sharing a field with came in to the barn recently my mares took the opportunity to push through the open gate and return to the Forest. They are New Forest ponies after all, and were born to live a semi-feral existence. They were ably taught by their dams to know exactly where in their territory or ‘haunt’ to find food, water and shelter. Indeed, generations of ponies have roamed freely in the area for over a thousand years. Even in the bleakest winter weather my ponies are quite happy to stay out and fend for themselves. I have learned not to worry about them finding enough to eat. If things get really tough they know where home is and will return home to hang around the entrance of the holding waiting for hay to be doled out to them.

Road traffic
Of all the perils that my ‘wild’ ponies face the biggest, and the one that worries me the most, is undoubtedly road traffic collisions (RTC), the threat of which always seems to feel worse during the shorter days and the longer nights of winter. Using figures supplied by the New Forest Verderers’ Office for the past ten years I have calculated that, on average, 58 ponies are killed each year on the roads. This equates to over one pony death per week on the New Forest, and is a very sad and avoidable statistic. I’ve had both mares fitted with reflective collars, which will show up in the dark to warn motorists and other road users of their presence should they go near any roads. The Reflective Collar Initiative was started in 1997 but accurate records of accidents involving ponies wearing collars have only been available since 1999. In 2003 Hampshire County Council’s Environmental Department revealed, in a monitoring summary of the New Forest Transport Strategy (NFTS), that in the previous three years between 8%-19% of ponies killed on the New Forest were wearing collars. Using reflective collars on ponies is not obviously enough to protect them. Eveything depends upon drivers being alert enough to see them in the first place and the collars won’t protect my mares from vehicles that get too close or approach too fast.

Hand feeding
Significantly, equine road safety also depends on people not feeding titbits and picnic leftovers to the ponies. Hand feeding in this way directly contributes to the road collision mortality rate by encouraging the animals into the car parks and onto roadside verges to scrounge for food where they will be in close proximity to traffic and potential harm. Ponies, even the clever ones, have the mental ability of a two-year-old child and as such have very little ‘road sense’. What animal, or toddler, would be able to calculate the dangers from fast moving traffic when compared to the reward of a tasty treat? The reduction of risk to the lives of my ponies and the other free-roaming animals depends upon visitors not feeding them. It also depends upon motorists and other road users who travel on the Forest roads remaining alert for animals, giving room when passing livestock and staying under the speed limits. Whilst I do all I can to maintain my ponies wellbeing, as free-roaming animals, ultimately their lives are in the hands of those who hold their steering wheels. 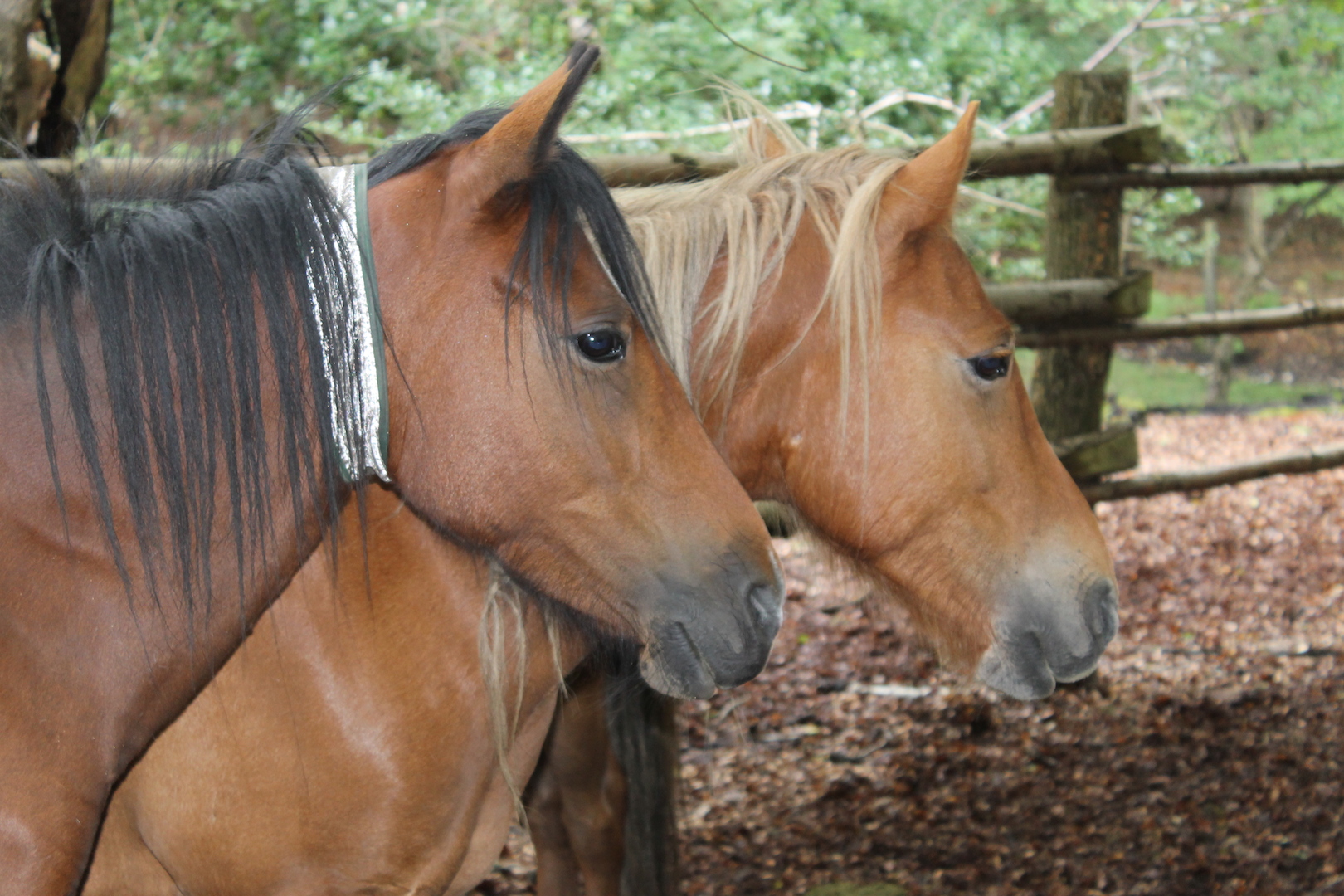 The reflective collars enable the ponies to be visible at night.