Drifting on the New Forest

Posted on September 1, 2014 by newforestcommoner 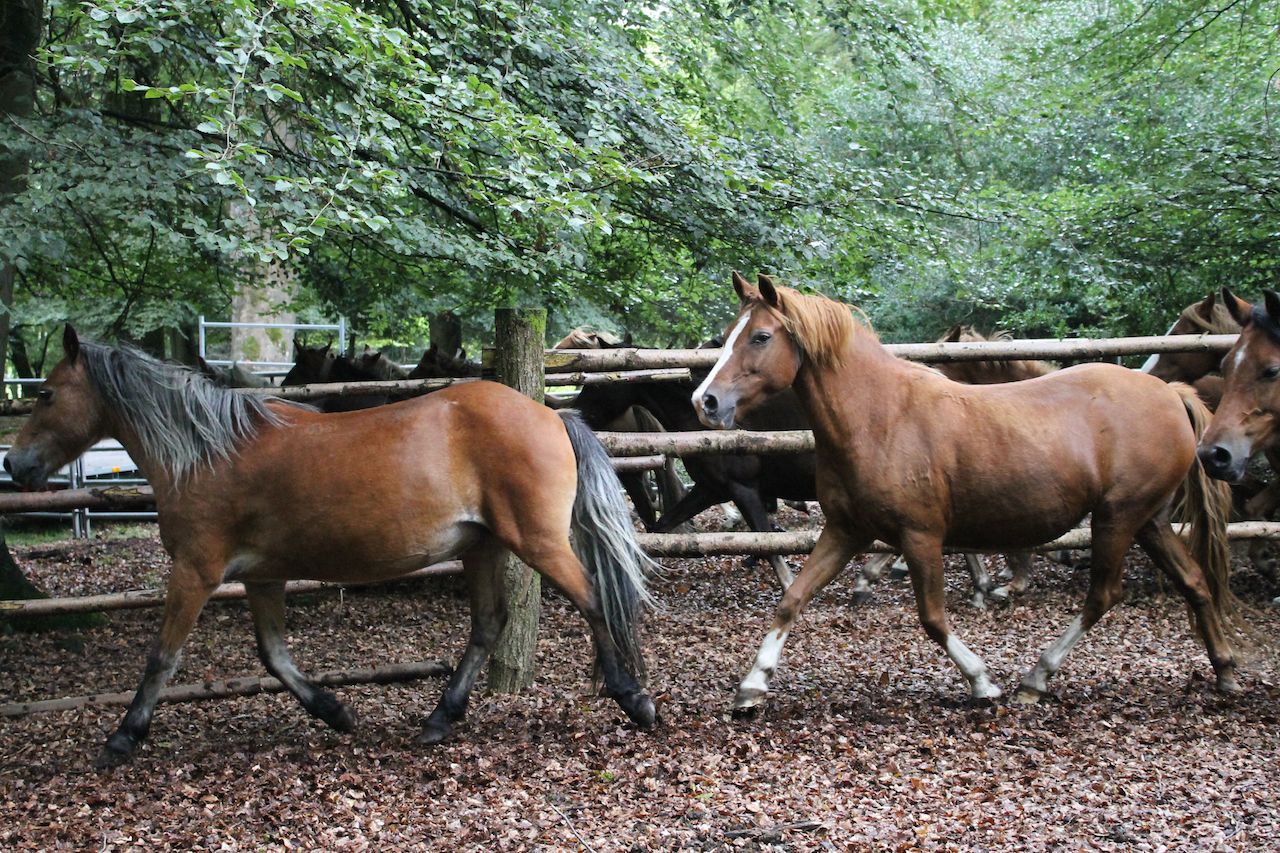 The annual pony drifts, or round-ups, take place each autumn.

Being a commoner on the New Forest involves continuing a pastoral system that is steeped in history. In the 16th century Henry VIII, who is better known for marrying six wives and establishing the Church of England, created laws that continue to resonate on the Forest even to this day. Throughout his reign Henry VIII was under constant threat of war. As a consequence he wanted to ensure that he could mobilise an army that were at their fighting peak. Henry became concerned about the quality of native horses and ponies that could carry his knights into battle and so, in The Horses Act of 1540, decreed that no stallion under 15 hands and no mare under 13 hands was permitted to run out on common land, or to run wild. He ordered that annual round-ups of the commons be enforced, and that any stallion or mare found to be under the height limit had to be destroyed, along with any foals that would not make the required size.

Annual round-ups
The annual round-ups ordered by Henry VIII continue to be conducted every year on the New Forest, but instead of being used to cull under height ponies the ‘drifts’ are now used to sort out the ponies either for removal from the Forest, branding, worming or tail marking. There are generally about 40 drifts conducted between August and November, which take place across all the areas of the Forest. The object is to round up as many of the free-roaming ponies as possible in highly co-ordinated actions that are conducted by the Agisters with the support of the commoners – on foot and on horse-back. The riders work in teams herding the ponies towards stock pens, known as ‘pounds’ where commoners on foot are deployed to receive them. The drift is incredibly fast-paced with dozens of ponies driven at full gallop through the Forest. It is no place for the casual spectator and there is no room for error.

Pounds and sense
The ‘wild’ ponies (more accurately described as ‘semi-feral’) are really canny and will exploit any gap in the stock pens or weakness in the chains of people channelling them towards captivity in order to escape. There is a huge sense of responsibility for all those involved on the drift. A person in the wrong place can divert a herd of ponies away from the pound (which is the wooden stockade-style holding pen). Lost opportunities to catch and check stock are incredibly frustrating for the commoners, as it may some time before the ponies can be caught again. One certainly has to have huge admiration for the riders and their mounts that cover the terrain quickly and nimbly whilst chasing a galloping herd. But without a doubt the person who gets my full admiration on the drift is the person who is in charge of the gate to the pound. He or she needs to be in the right place at the right time otherwise the whole drift could fail. Their timing and good sense have to be perfect because they have got to let ponies into the pound without letting the ponies previously captured escape. The drifts are very co-operative and well co-ordinated events but of course with a history going back to Tudor times they are also very well rehearsed!

The drifts are no place for the casual observer and there is no room for error.