Posted on February 3, 2014 by newforestcommoner 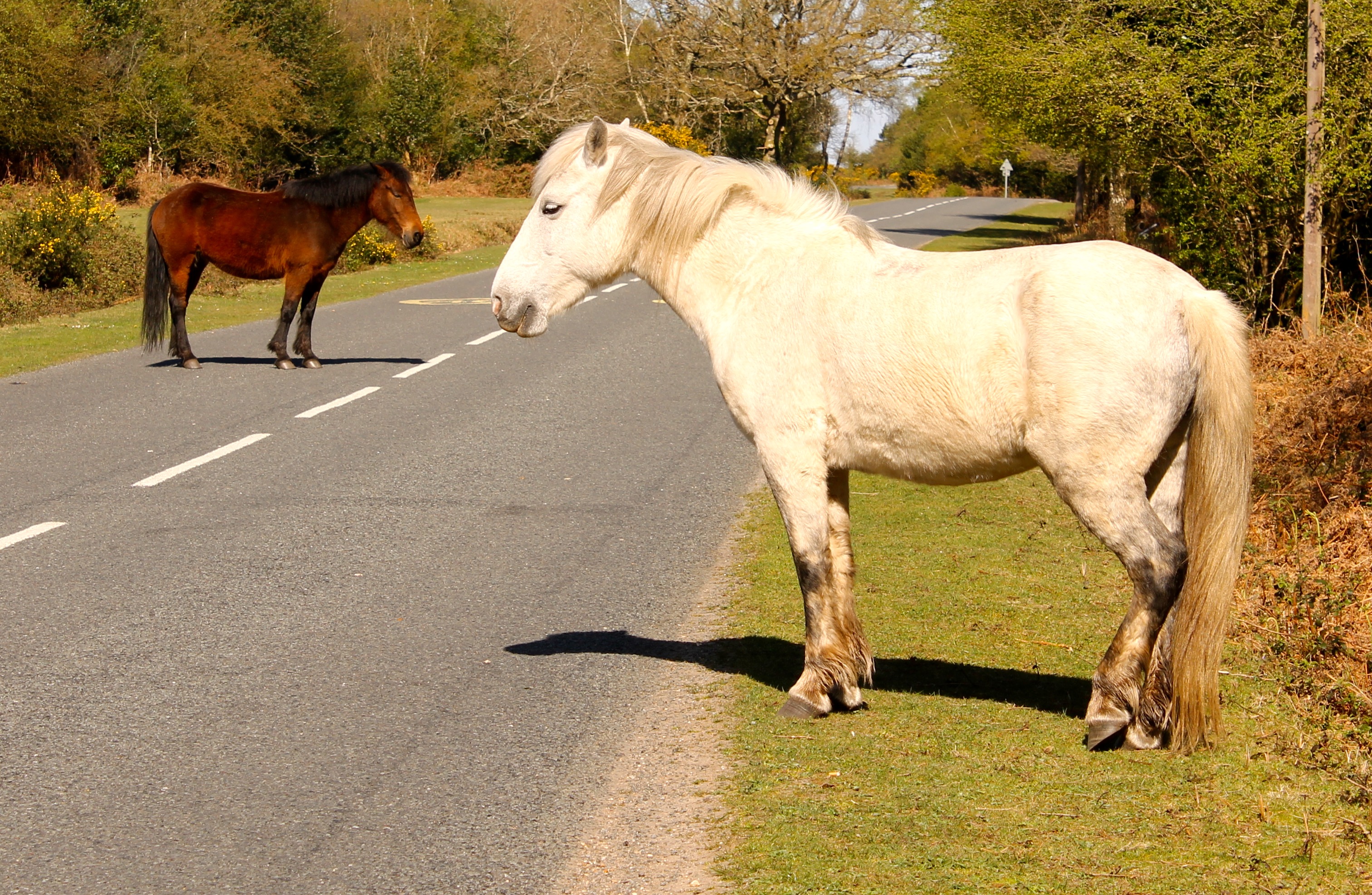 The free-roaming ponies use the New Forest road system at all times of the year.

For me, one of the biggest attractions in commoning is learning about and practicing an ancient pastoral activity that involves keeping commonable livestock (ponies, cattle, donkeys, or pigs during Pannage), which are so important to the ecology of New Forest.  There is a recognised interdependence between the Forest landscape, the free-roaming animals and the commoners. Indeed, the commoning way of life is endorsed in the results of opinion polls asking residents and visitors about the special qualities of the New Forest. These surveys always list the free-roaming animals, particularly the iconic ponies, as making a particular contribution to the local economy and the landscape.

Smallest National Park
Although the smallest National Park in the country, the New Forest is located in one of the most densely populated and urbanised of areas. The Forest is a favourite destination for people wanting to enjoy recreational or leisure activities in a wilderness-setting, and the roads that transect the Forest are also used daily by residents, commuters, and goods vehicles.  It is unsurprising, therefore, that with such large numbers of vehicles travelling in and around the Forest that some animals are involved in road traffic collisions.  The recent (February, 2014)  announcement, by the Verderers of the New Forest, of an increase in accidents in 2013 from the previous year was incredibly disappointing. In 2013, 72 free-roaming animals were killed and 32 were injured; whereas in 2012, 64 were killed and 18 were injured. [These casualty figures do not include deer, which are classified as wildlife and come under the jurisdiction of the Forestry Commission.] This seems to be an alarming escalation in what is generally a downward overall trend; (i.e., when comparing numbers of animals turned-out to the number of recorded incidents since 2005).

Don’t feed the ponies
Many road traffic incidents involving the commoners’ free-roaming animals occur at night; three out of four incidents involve motorists who live within a few miles of the Forest; and, the animal most likely to be hit is a pony. There are up to 5,500 ponies(1) roaming throughout the New Forest and they will make use of the Forest roads when wandering their territories. Visitors to the New Forest are asked not to feed the ponies, as this encourages them to hang around the car parks and brings them into closer contact with vehicular traffic. Food thrown onto the verges by passing motorists also encourages ponies and cattle onto the roads. During periods of frost and ice the tactics employed by the authorities to keep the road-user safe on the Forest roads can result in peril for the ponies. When the gritting lorries are out, ponies can often be seen following behind on the newly treated roads using them as an extended salt lick. The trail of minerals lures them directly into the path of oncoming traffic, as the ponies seek the convenient nutrients.

Hit and run
Anyone using the Forest roads should anticipate an animal walking or running out in front of them. Even if the pony has seen you approaching it may still step out in front of you, particularly if its herd-mates are on the opposite side of the road, so drivers need to proceed with particular care. Sadly, many accidents involving free-roaming animals are not reported by the motorist involved. These ‘hit and runs’(2) mean that the animal may be left dying, in pain or distress for many hours until its predicament is discovered. The commoners I talk to seem to accept that between 1-2% of all stock turned out on the New Forest each year will be involved in some sort of road traffic incident. I look at my recently purchased ponies and I sincerely hope that they will not become a statistic in the Road Traffic Reports read out at the Verderer’s Court. I will do my all to keep them happy and healthy but their young lives will also be dependant on the care and attention of motorists using the Forest roads. So the message is ‘Please drive carefully in the New Forest. Ponies don’t dent – they die.’ 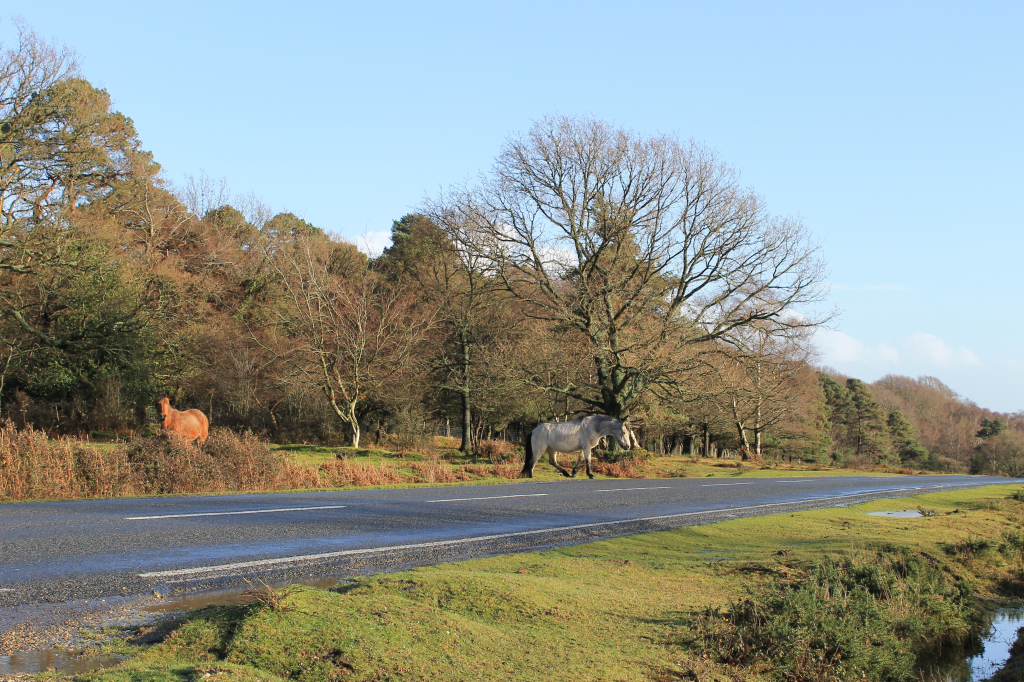 The ponies on the New Forest use the roads to travel their territories.

(1) The numbers of ponies fluctuates, as many are taken off the Forest during the winter months.

(2) There is a £1000 reward for information leading to a successful prosecution of drivers convicted of a HIT & RUN involving a Forest animal.