Posted on September 27, 2013 by newforestcommoner 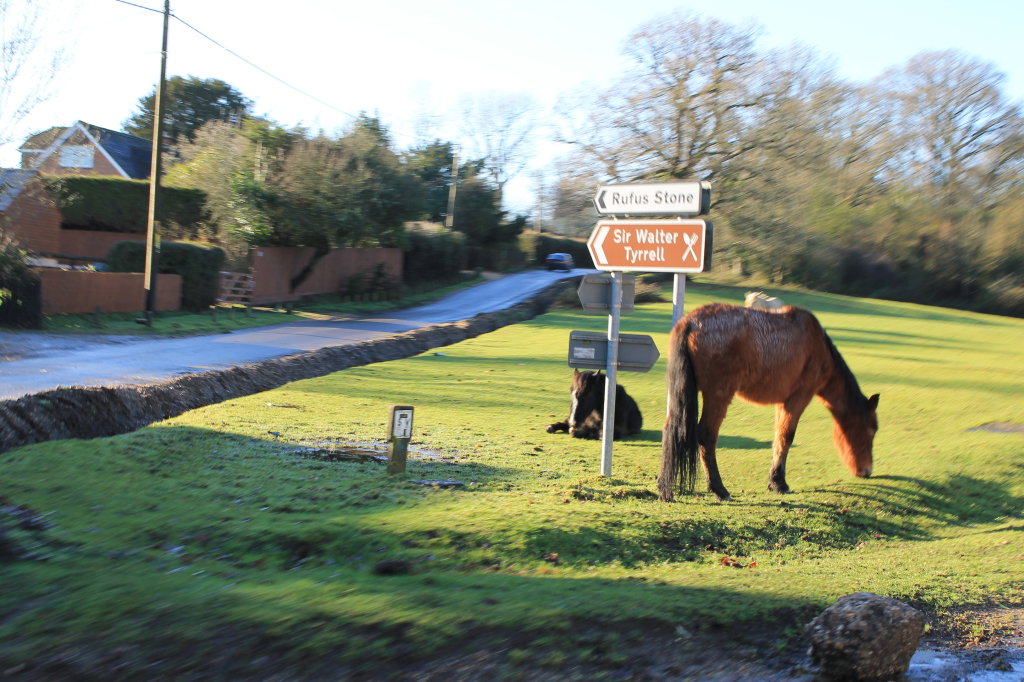 The New Forest ponies are free to roam and like other travellers use the roads to get from A to B.

The New Forest is a landscape of scenic beauty where the wildlife is diverse and the iconic New Forest pony, cattle, donkeys (and pigs during Pannage) are turned out to roam freely. It is a working landscape that has been cultivated and ‘managed’ for centuries. Today, around 15 million day visitors visit the New Forest, predominantly for recreational or leisure activities, providing vital economic and social benefits to the area. But with these benefits also come disadvantages. With the vehicular traffic generated by tourists, commuters, and goods vehicles travelling on the roads that transect the Forest, it is unsurprising that commonable animals and wildlife are involved in road traffic accidents.

Tawny owl casualty
One wildlife casualty I encountered recently was a dead tawny owl. She was lying beside the road and at first I thought the body was that of a pheasant. As soon as I realised what it was I stopped to pick it up. She had no identification leg-rings. I guessed it was a female because of its size. Her croup seemed to be full and her keel plump. All in all she seemed to be in good condition. I can only assume that the owl had been in collision with a vehicle and been killed. The reason I picked up the dead owl was to send it to the National Bird of Prey Hospital at the Hawk Conservancy Trust, in Andover. They have a research project that analyses the distribution and frequency of raptor mortality factors. The owl would also be examined and samples taken to establish if any pollutants, such as lead, were present in its body. Through this project the Trust is hoping to take a proactive role in developing methods to alleviate raptor deaths and injuries. The death of this beautiful owl, whilst sad, meant that at least useful data could be gathered, which would inform scientists and conservationists about the wild raptor population.

Road traffic collisions
The deaths of our free-roaming animals, due to road traffic collisions however, are without such consolation. What is shocking is that some of these collisions are not *reported and sadly the animal may be left dying, and in pain or distress, until its predicament is discovered. Many of these accidents involve the free-roaming ponies and the majority occur at night. While driving through the Forest recently (September 2013) the sight of a yellow ‘Animal Casualty’ warning triangle beside the road alerted me to the scene of an accident. A roan mare had been killed. It made me sick to think that she might have been one of the ponies from the herd that I see regularly.  It was a stark reminder to me of one of the risks I will have to face when I start commoning and turn out my own ponies onto the Open Forest. One of my animals could become involved in a road accident and possibly be killed. I will use reflective collars in an attempt to make my ponies more visible but ultimately the fate of my ponies will be in the hands of the vehicle drivers.

Animal road deaths
Other Commoners I talk to accept that between 1-2% of all stock turned out on the New Forest each year will be involved in a road accident. With winter fast approaching the days are getting shorter. The clocks are due to go back at the end of October and the darker, longer evenings are inevitable. During periods of ice and snow the tactics employed to keep the road user safe through the Forest can often result in peril for the ponies. When the gritting lorries are out, ponies can often be seen on the newly treated roads using them as an extended salt lick. This brings the ponies directly into the paths of road traffic as they seek nutrients in the leaner months, often with lethal results. The accident figures for the first half  of 2013 make grim reading with nearly twice the number of incidents as reported in the same period last year. With the darker months ahead of us one wonders exactly how bad the final tally will be.

*There is a reward of £1000, offered by the Verderers, for information leading to the successful prosecution of drivers convicted of ‘hit and run’ accidents involving a Forest animal. http://www.verderers.org.uk