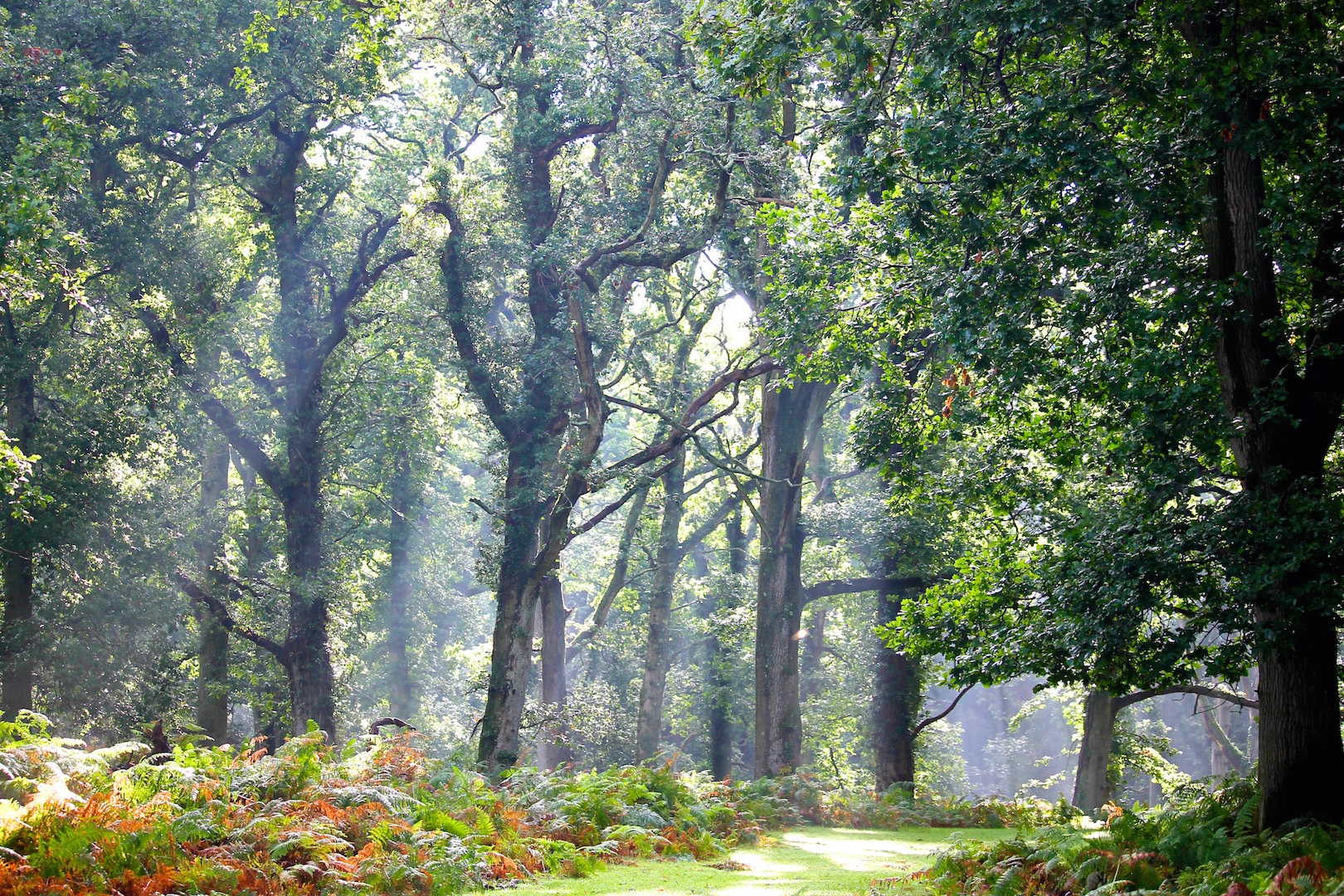 In 1870 a meeting was held to discuss turning the New Forest into allotments for the working poor.

On this day (28th May) in 1870, it was reported in the Hampshire Advertiser that Southampton residents and those in the surrounding neighbourhood, had held a meeting in the Guildhall to discuss enclosing the New Forest for agricultural purposes. [In the following year the government placed a Bill before Parliament ‘to disafforest the New Forest’, meetings such as these were presumably held to test the waters for the government’s plan.] One of those attending the meeting, a Mr. George, who was described as a working man, declared that, the first and most important thing for the sustenance of the poor was that all lands fit for cultivation should be used to supply the people’s wants. In his opinion there were many thousands of acres of land lying waste that ought to be made available. Bringing such lands into cultivation, he believed, would remedy pauperism. His idea was that the New Forest should be divided into small allotments for those men willing to work for their daily bread. Under this proposal more produce would be brought into the market and ‘the capitalist would lose his power of controlling the prices in the markets’. Mr. George proposed that large tracts of fertile land in the New Forest be appropriated for cultivation, but not allowed to pass into private hands. He suggested that the land should be allotted on sufficiently long terms to ‘give a durable interest in the soil’, and the least fertile parts be still left open in a state of wild natural beauty.

Dairy imports
Other attendees at the meeting thought this a good scheme. Captain Mayse, R. N., agreed with the suggestions, as he believed that with the waste land under cultivation using ‘an enlightened land system’, the country would be able to ‘sustain treble its present population’. He also spoke of the ‘enormous amount of dairy produce imported into this country’, which he believed would not be necessary if small farming systems could be pursued, and remarked on the ‘evils’ of allowing large tracts of land to accumulate in the hands of private persons. His vision was one of small cultivators working together in co-operatives or as independent smallholders. Others attending the meeting were enthusiastic for this idea, with one recommending the cultivation of beetroot as a profitable crop. Another gentleman present, a Mr. Ashby, tried to curb the eager imaginings of his colleagues by reminding them that the poor people, who would benefit from this scheme and be given the allotments, would need a certain amount of capital to start with. This raised the issue of who would supply the funds required to start them off.

Rights of Commonage
Mr. Joseph Hill, on the other hand, had a different view entirely. He pointed out the great benefit to the people of Southampton and neighbouring towns, of the ‘very many’ tourists who came to visit the New Forest. He remind those at the meeting that the New Forest was subject to certain rights of commonage, pasturage, pannage and fuel, which would first have to be disposed of, and he could not see how this could be achieved without paying compensation. There was, he pointed out, other land nearer to Southampton, which had already been taken out of the Forest for cultivation and would be better for agriculture than the waste lands under consideration. His remedy to assist the working man was to abolish some of the inheritance laws, such as primogeniture and entail, which naturally favoured the rich landowners. Mr. Hill’s comments were roundly criticised by Mr. T. Falvey, who was in favour of the scheme for allotments on the New Forest, as he believed that this would be ‘a practicable scheme for the partial depopulation of their over-crowded towns’. The meeting was eventually adjourned and, although the majority of those in attendance favoured enclosing the New Forest and bringing it into agriculture, the scheme did not secure popular support. Attempts to enclose the Forest at this time were in fact met with nationwide condemnation and protest. Indeed, the outcry was so intense, from all parts of the country, that the New Forest was preserved by an Act of Parliament, which was passed on 23rd July 1877. The New Forest Act 1877 gave legal protection to the New Forest, reconstituted the Verderers Court to act as its guardian, and ensured that the rights of the commoners were preserved.

PROPOSED ENCLOSURE OF THE NEW FOREST . The Hampshire Advertiser (Southampton, England), Saturday, May 28, 1870.

Peter Roberts, Saving the New Forest (Lyndhurst, 2016). This book ‘explains how a small group of people in the mid-nineteenth century became seriously worried at the steady increases year on year in the enclosure of land in the Forest for timber production, and in 1867 decided in very British fashion to set up an association to rescue it. In 1871 the government placed a Bill before Parliament ‘to disafforest the New Forest’, which would have left just 100 of the 60,000 acres for the Commoners to exercise their rights and for the public to enjoy’.