Posted on December 29, 2014 by newforestcommoner 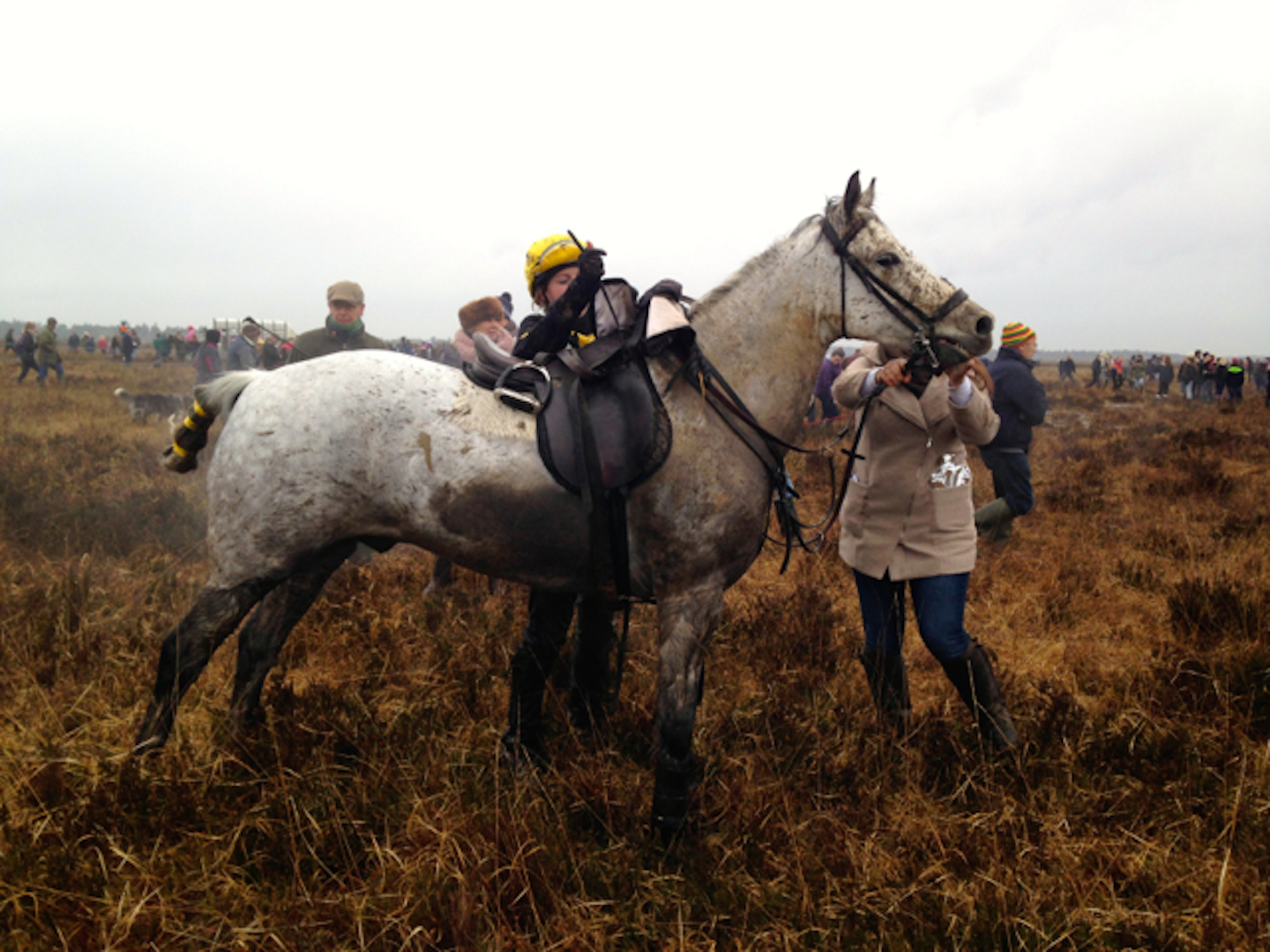 The New Forest Point-to-Point is a celebration of history, heritage and country pastimes.

The New Forest point-to-point race meeting is one of the most anticipated events of my calendar. For me it represents so many of the things that make the Forest unique. It offers the experience and spectacle of living history and heritage, an opportunity to meet with commoners and other country-people, and the sight of New Forest ponies in their natural habitat demonstrating their all-round abilities. The races are organised by the New Forest Pony & Cattle Society and are run following to the founding principles of point-to-point, which were established two hundred years ago, when riders would race each other from one point to another over natural obstacles that included ditches and hedges. The riders can choose their own course and start off in any direction; they can also cross the finish from any direction. The actual finish point is announced two weeks prior to the event but the start is kept secret until the day before the race. This prevents competitors from ‘walking the course’ and gaining an unfair advantage over their fellow jockeys. The races truly are a test of both the rider’s knowledge of the Forest and the stamina of their ponies.

Friendly atmosphere and good humoured commentrary
This year the races were held in the vicinity of Slufters Inclosure, north of the A31, with a total of 59 runners and riders on the race card. There are generally six race categories – veteran jockey aged over 55 years, children’s, open, ladies, heavyweight and novice, which are further divided into pure-bred or part-bred New Forest pony. The weather was dry but cold, with a touch of ground frost, although wet weather was forecasted later. There was a good turn out of spectators and I was able to catch up with a few friends and acquaintances. The atmosphere is always very friendly and the commentary over the loudspeaker system is full of good humour and interesting information. The course-setter for this year’s races, for instance, was actually celebrating his 50th anniversary since winning the children’s race on Clayhill Starlight at Wilverley! Watching the races and cheering everyone on maintains the jovial mood.

My turn next year?
Many of the ponies came through at a cracking pace even though the course covered uneven terrain that further encountered heather, areas of waterlogged pasture and bog. Some of the ponies and their jockeys were plastered in mud and soaked to the skin as they passed the finish line, some ponies returned riderless, whilst others left it until their riders were in full view of the spectators before dumping them unceremoniously into the heather! However, whether in the saddle, half out of it or even on foot, everyone returned home safely! Almost on cue just as the last race finished it began to rain at which point most of the spectators beat a hasty retreat to their vehicles and the exit homeward. As I proceeded to my car I reflected on the success of the event and how much I always intend to enter the races myself on the following year! 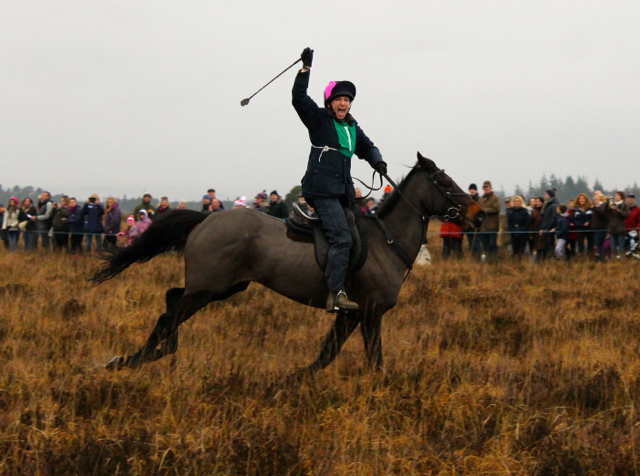 The New Forest meeting is believed to be the only authentic point-to-point racing fixture in the country, which is still run according to the original rules that were established 200 years ago.